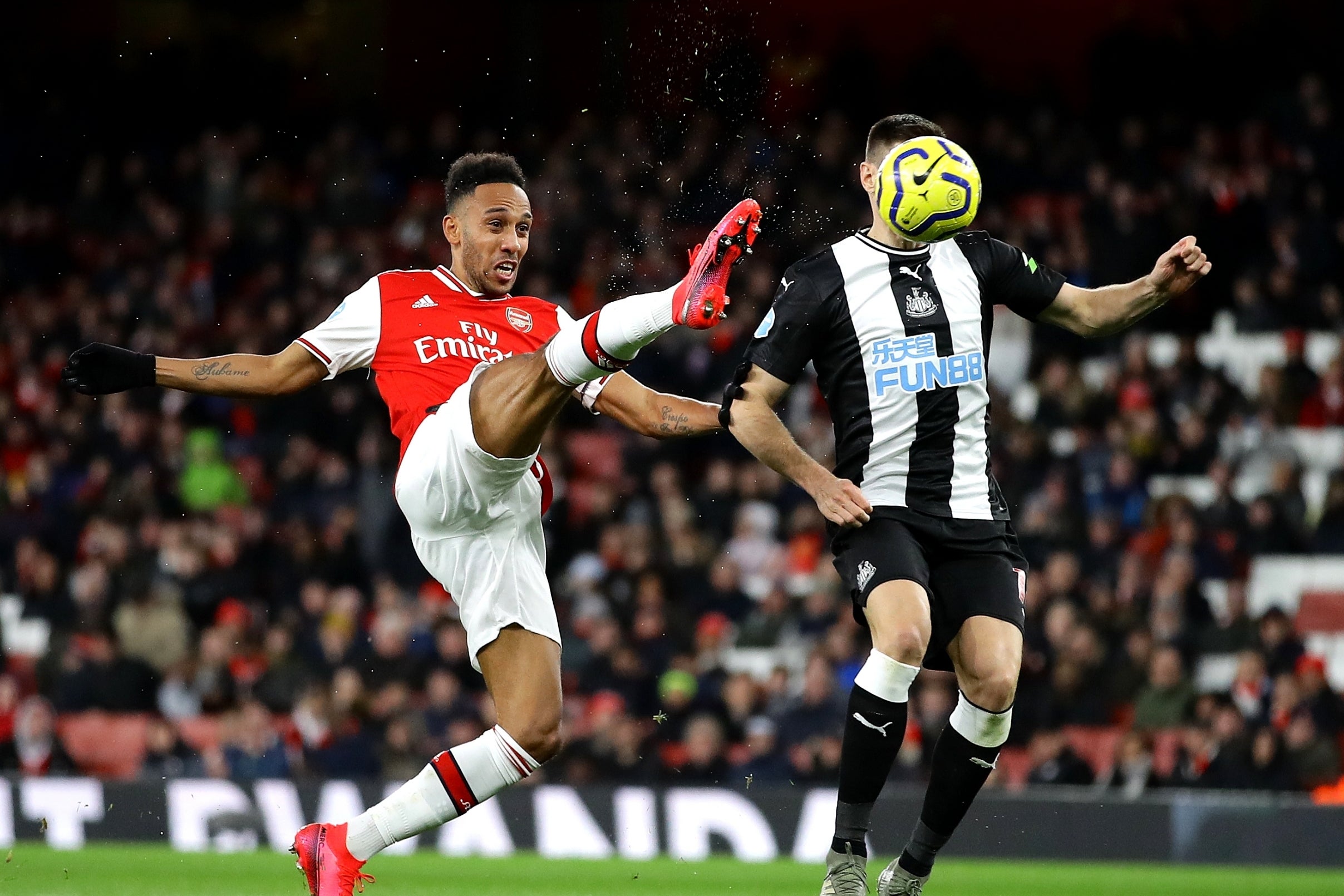 Pierre-Emerick Aubameyang struck in Arsenal’s win over Newcastle to home in on Jamie Vardy and Sergio Aguero in the race for the Premier League Golden Boot.

The Arsenal striker took his tally for 2019-20 to 15 on Sunday as the Gunners scored all four of their goals in the second half to clinch a first win since New Year’s Day.

The 30-year-old is now just two goals adrift of top scorer Vardy, who hasn’t scored since December 21 in the top-flight, but the Leicester City striker still leads the goalscoring charts.

Aguero remains one goal behind Vardy and was unable to add to his tally in the 2-0 loss at Tottenham.

Manchester City are next in action against West Ham on Wednesday, so Aguero will be confident of drawing level with his Leicester rival, who could not break the deadlock during a goalless draw with Wolves on Friday evening.

Danny Ings is also on 15 as the Englishman continues his late surge for the top striker’s prize.