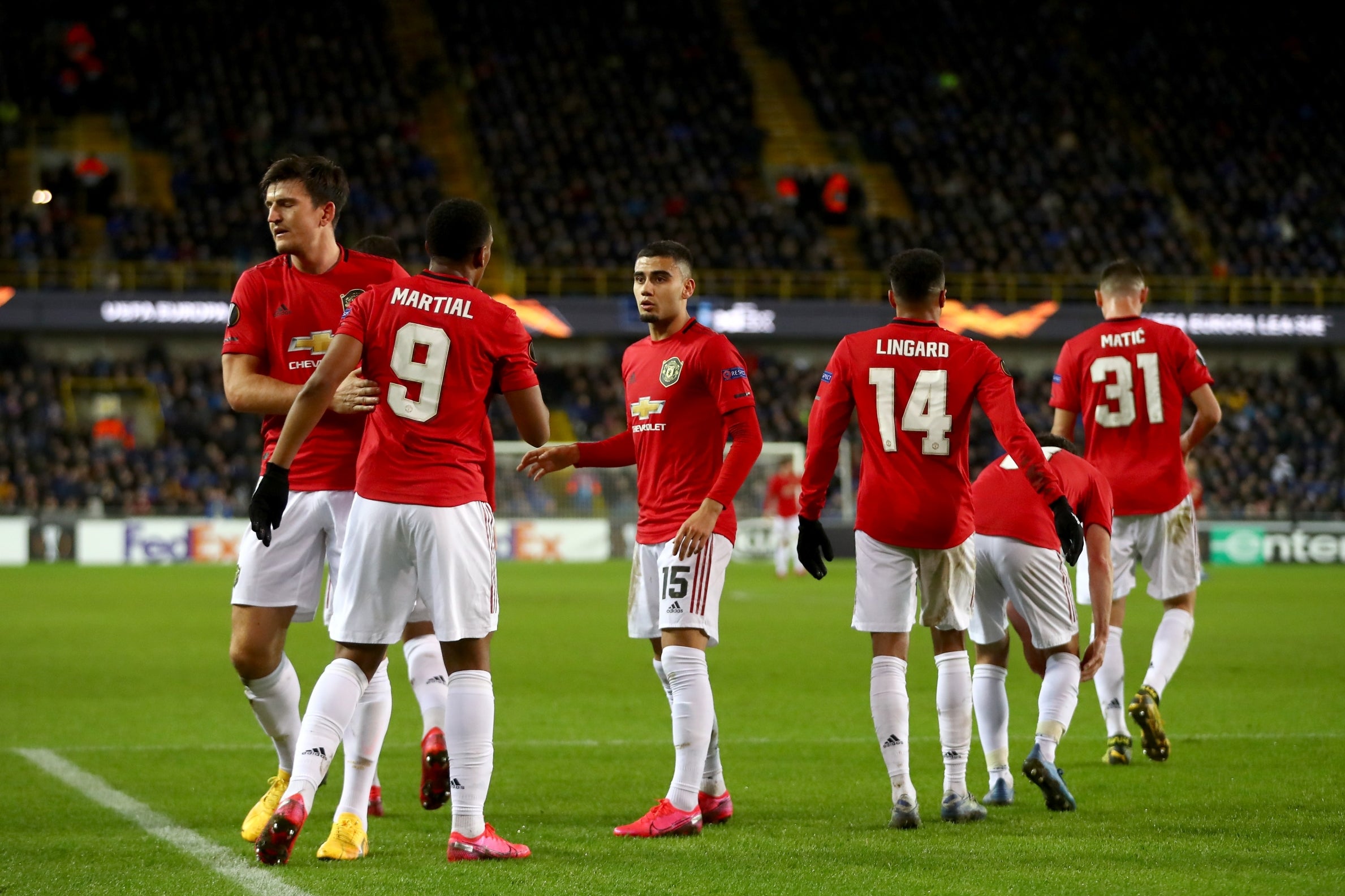 Manchester United were held to a 1-1 draw away to Club Brugge in the first leg of their Europa League last 32 clash in Belgium.

James Robson was in attendance in Belgium to run the rule over Ole Gunnar Solskjaer’s side.

Usually so reliable, but he put United in a world of trouble by advancing so far off his line for Bonaventure’s goal. Redeemed himself partially with a near post save against the same player.

Too sluggish racing with Bonaventure for Bruges’ opening goal. Wasn’t happy dealing with the pace of the home side. Lucky Kossounou didn’t score late on after he failed to cut out a cross

Oddly had a hand in Martial’s goal curtesy of his woefully misplaced pass that went for a throw. When Bruges made a mess of the set piece, Martial capitalised.

Not his best night.

Caught out early on when De Cuyper nearly put Bruges ahead. Improved as the game went on.

Too sluggish racing with Bonaventure for Bruges’ opening goal, then beaten too easily by the same player in the area shortly after. Much better going forward – providing two crosses that deserved better finishes.

Forced save with a good early effort and was one of United’s more energetic players – but gave the ball away so frequently.

Important goal-line clearance prevented a disastrous start for United. Struggling to cope with the speed of Bruges.

Could have been stronger up against Bonaventure for the striker’s goal and then had a dreadful effort when unmarked at the far post.

United’s slack use of the ball even extended to him. Improved after the break and Martial should have done better when Mata put him through on goal, but a tough night.

Strong and fast for his goal, which came after being near-anonymous to that point.

Hit the post with another good effort shortly after, but should have converted a good second half chance.

Had a good chance early in the second half when failing to make Mignolet work. His general use of the ball wasn’t good enough.

His introduction immediately lifted the quality of United passing 5

Bruno Fernandes (for Dalot, 81): Too late to rate