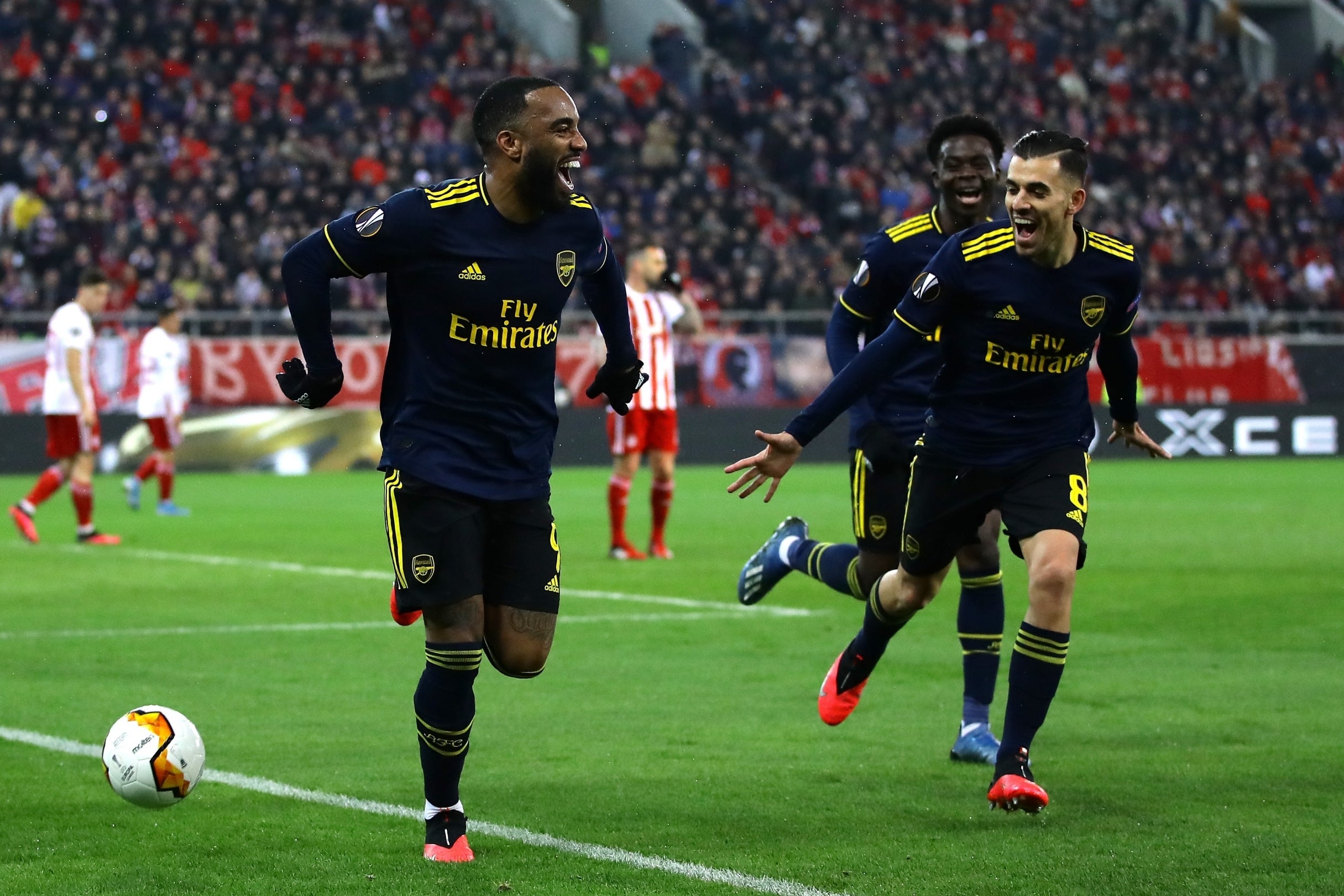 A goal from Alexandre Lacazette saw Arsenal secure a narrow 1-0 lead over Olympiacos in the first leg of their Europa League last 32 clash.

James Olley was in Greece to run the rule over Mikel Arteta’s side.

Justified Arteta’s decision to recall him for this competition with a few smart saves, most notably stopping David Luiz scoring an own goal.

Not a natural right-back but performed well in defence and hit the crossbar with a late header.

Nearly diverted Giorgos Masouras’ first-half cross into his own net almost scored an own goal midway through the first half.

Looked reasonably solid until scything down Youssef El Arabi 20 minutes from time, picking up a yellow card in the process.

Wasn’t always rewarded for some intelligent runs but still able to create the winning goal, producing a pinpoint cross for Lacazette to score.

Looked to get on the ball and make things happen but wasn’t able to dictate play as we’ve seen previously.

Provided a calming if uninspiring presence in central midfield.

Produced several dangerous crosses from the right in the first half before later switching flanks to accommodate Pepe.

Showed plenty of willingness to press but not always effective in possession and struggled when shunted out to the left after Ceballos came on. Substituted late on.

Showed good awareness in the box to set Lacazette for his 20th minute chance but otherwise a quiet evening ended before the hour mark.

Missed Arsenal’s best chance of the first half and lacked conviction throughout but was in the right place and the right time to score a precious away goal.

Replaced Martinelli for the final 32 minutes. Had a tame shot from the edge of the box saved but didn’t meaningfully affect the game.

Came on for Willock with 15 minutes remaining but made little impression.