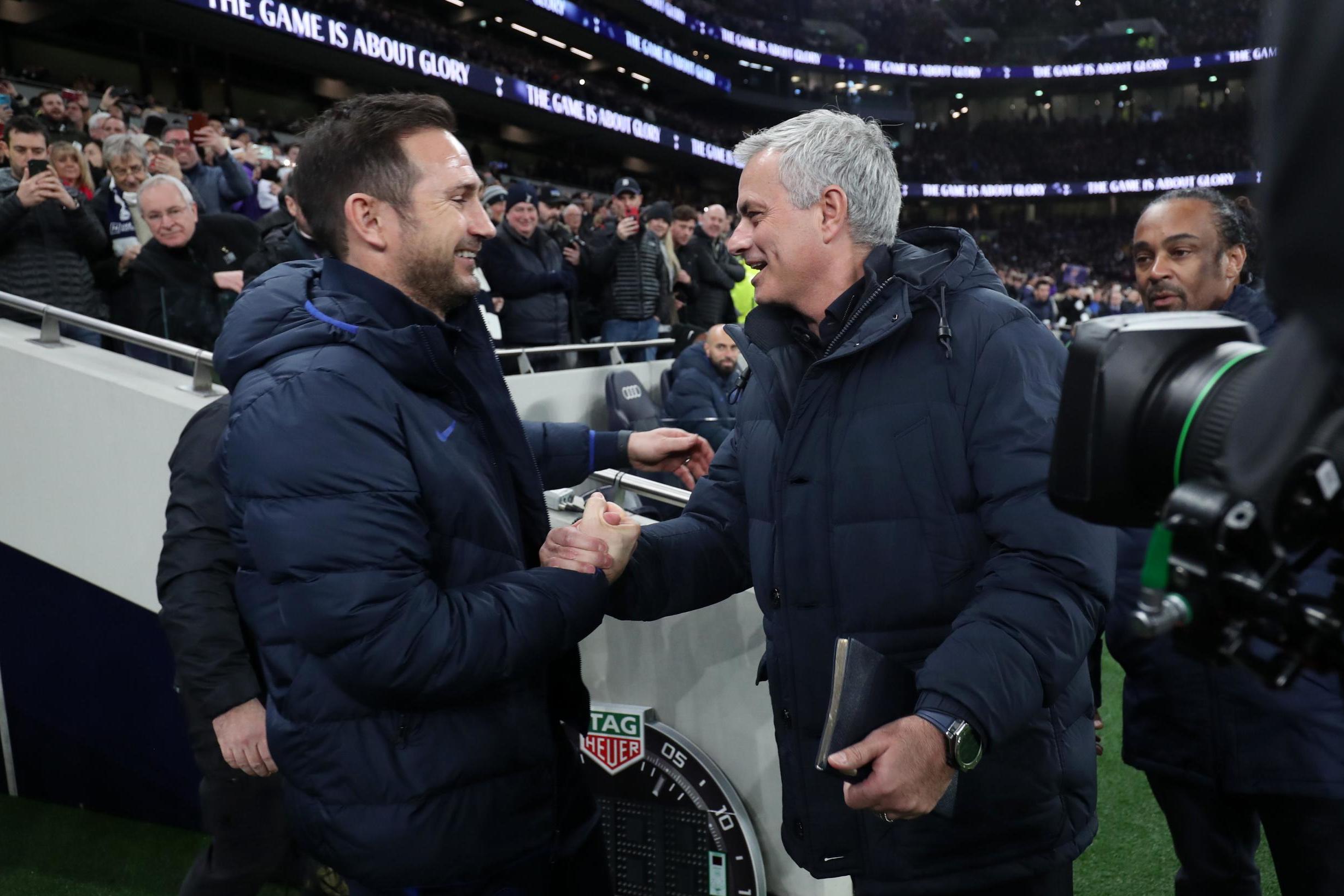 Stamford Bridge was once made an impenetrable fortress by Jose ­Mourinho.

As Chelsea manager, remarkably he was unbeaten at home during his first spell in charge between 2004-07.

Mourinho continued on a staggering personal nine-year, 150-match run without a home League defeat, incorporating a spell at Inter Milan and almost his entire first season in charge of Real Madrid.

It was in west London where his imprint was left most indelibly, dragging Chelsea into Europe’s elite by instilling an unwavering self-confidence, a mentality to match the money which combined launched the trophy-laden Roman Abramovich era.

Such strength was so well ingrained that he has since been on the receiving end, failing to win on his old stomping ground in four visits dating back to Inter’s 1-0 success in 2010.

Admittedly in that time, Mourinho spent a second stint in the home dugout but despite winning a third Premier League title, he returns tomorrow as the same pantomime villain he is at virtually every other stadium.

Mourinho was unable to hand any credit to Frank Lampard, his former ­player now managerial adversary,

when the Blues won the reverse fixture 2-0 just before Christmas.

That day, the Portuguese claimed Lampard employed “Antonio Conte’s system” when switching to a 3-4-3 shape which flummoxed Spurs and left the young Blues coach celebrating ­vigorously in front of ­Chelsea’s travelling fans to an extent not unnoticed by Mourinho.

Both managers, however, find ­themselves under a degree of pressure for the first time and Saturday’s game will have a significant bearing on the race for Champions League football.

Lampard has relied on youth to get Chelsea into the top four but of the three breakthrough players this season, Fikayo Tomori is struggling to get into the team, Mason Mount has shown signs of a dip in form and fatigue while injury has curtailed Tammy Abraham’s progress.

All eyes will be on whether Abraham recovers from an ankle problem to start. Should he miss out, Lampard must choose between his ­previously ­preferred option, Michy Batshuayi, or Olivier Giroud, who could have been lining up for the visitors had the January transfer window worked out differently.

Giroud spoke to Tottenham and was willing to move across the capital but the Blues failed to find a replacement and he stayed put. How Mourinho must regret his old club’s prudence after a week in which Heung-Min Son’s broken arm leaves him with even less firepower following Harry Kane’s torn hamstring.

Lampard has often been painted as a manager unable to make decisions, inheriting a flawed squad paralysed by a Fifa transfer ban.

But of late it is his judgment calls that are starting to come under scrutiny: Willy Caballero over Kepa Arrizabalaga in goal, Batshuayi ahead of Giroud in the pecking order, Andreas Christensen and Antonio Rudiger ahead of Tomori and Kurt Zouma at the back.

Mourinho has made calls of his own, opting for Ben Davies over Japhet ­Tanganga against Red Bull Leipzig in midweek, but if taken at face value, Erik Lamela and Tanguy Ndombele were not fit to start and so his options are extremely limited in the circumstances.

That gives him something of a free pass, especially given the situation he inherited from Mauricio Pochettino, but it is noticeable that the stakes are increasing to the extent Mourinho is starting to turn away from his attempts to promote youth, with Troy Parrott the most obvious victim, deeming the club’s only fit striker “not ready” for first-team football despite the opposite view being held by other staff members.

Mourinho typically revels in adversity. And Chelsea have been vulnerable at home this season, losing five times already and collecting fewer points than 10 top-flight teams including Newcastle and Burnley. How he would like to extend that particular record now.