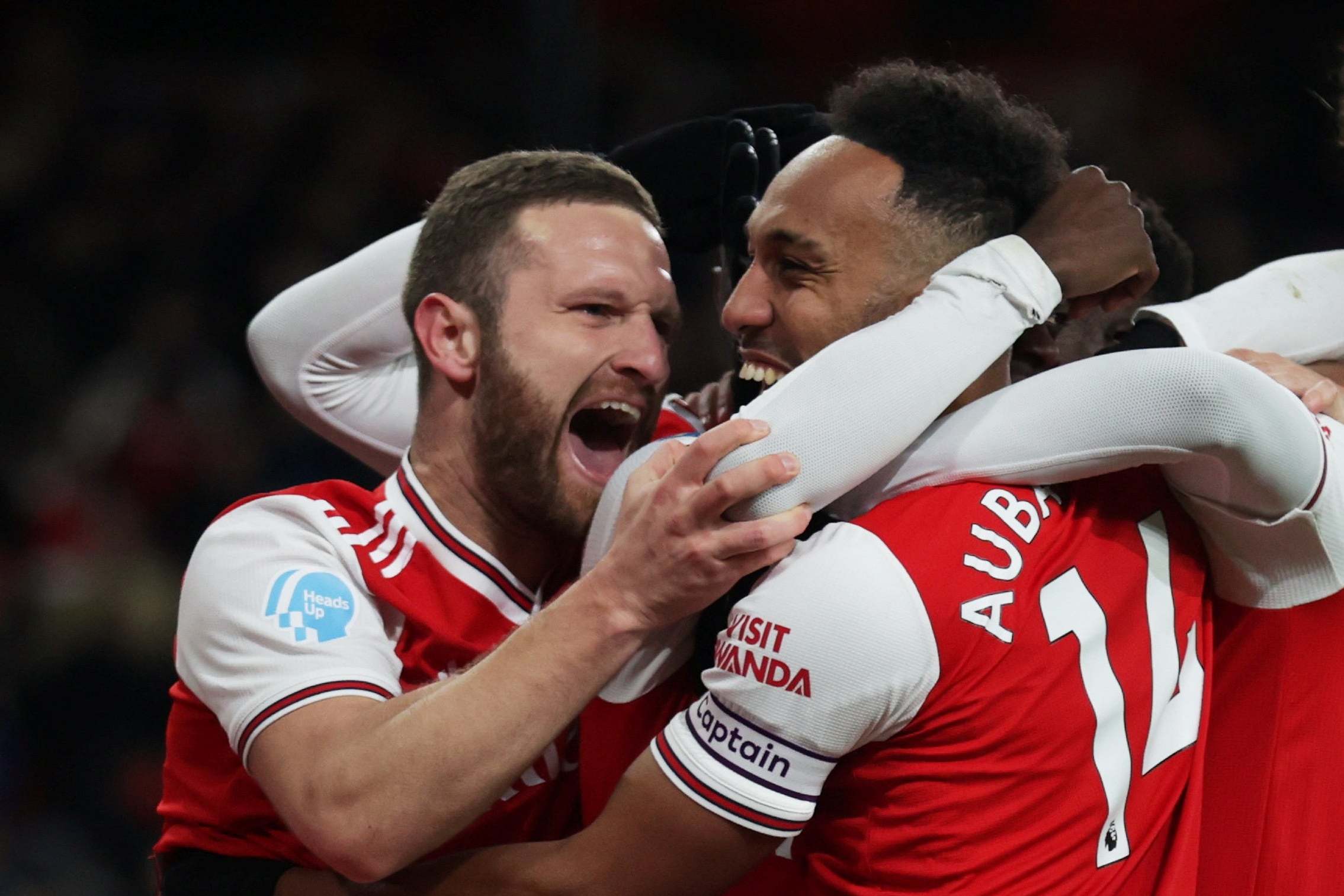 Shkodran Mustafi has claimed he is open to staying at Arsenal beyond the end of the season after rebuilding his relationship with the club’s fans under Mikel Arteta.

The 27-year-old was deemed surplus to requirements under Arteta’s predecessor, Unai Emery, who even took the unusual step of publicly declaring it would be “positive for him to leave and sign for another team”, along with fellow outcast Mohamed Elneny, towards the end of the summer transfer window.

Mustafi featured just seven times — all in cup competitions — prior to Emery’s sacking on November 29, but since then the centre-back has made seven Premier League appearances and formed part of a defence which has kept three successive clean sheets for the first time since April.

The latest of those came in Thursday night’s Europa League last-32, first-leg 1-0 win at Olympiacos, where Alexandre Lacazette scored the only goal of a tight game nine minutes from time.

While Elneny is on a season-long loan at Turkish club Besiktas, Mustafi, who has 18 months left on his contract, is steadily reviving his fortunes in north London and when asked by Standard Sport whether he could see a future at Arsenal next season, he said: “Why not?

“I have always taken things day by day. We had a game on Thursday, we have the next important game at the weekend and as long as I am playing for a club — it doesn’t matter which one, I play now for Arsenal and played before for previous ones — I always give everything until the last minute.

“When I decide, or when the club and I decide, it is going to continue, I am happy to continue. If not, then we have to go forward.”

Mustafi revealed last month in an interview with the official Arsenal website that criticism of his performances had made him “nervous” in anticipation of making further errors.

“He had become a scapegoat for wider issues at the club, but after starting the last six matches in all competitions, Mustafi said: “It is always important to have a good relationship with the fans, but for me the main thing was to be professional, to always be there for my team-mates and for the club.“

“Then, obviously, when you play well they appreciate your performances, but it makes it easier when you have the fans behind you, back supporting you, so I am happy for that.”

When questioned over whether this had been the toughest season of his career, the German World Cup winner said: “Yeah, you know I think at the beginning of the season, not being selected, not making the squad, it has been difficult.

“But I am a person who tries to see more the positive things than the negatives. I think that helped me a lot.

“Having my family around me — my kids, my wife — because life is not only football. That’s something I kept remembering to myself. Being in training every day, playing a lot of games, you get a lot of attention, but still at the end of the day I am a father of two kids and I try to focus on this as well.

“I am happy how it is going now. I am happy for the team as well, because it is doing great and we are getting rewarded for it. That’s the most important thing.”

Arsenal face Everton on Sunday aiming to close the gap on the Champions League places having had an atypical preparation for the clash at the Emirates.

Rather than fly back to London after Thursday night’s game, the Gunners stayed overnight in Athens, with those players not involved in the match taking part in a light session at the Karaiskakis Stadium before the rest engaged in a recovery programme prior to flying home.