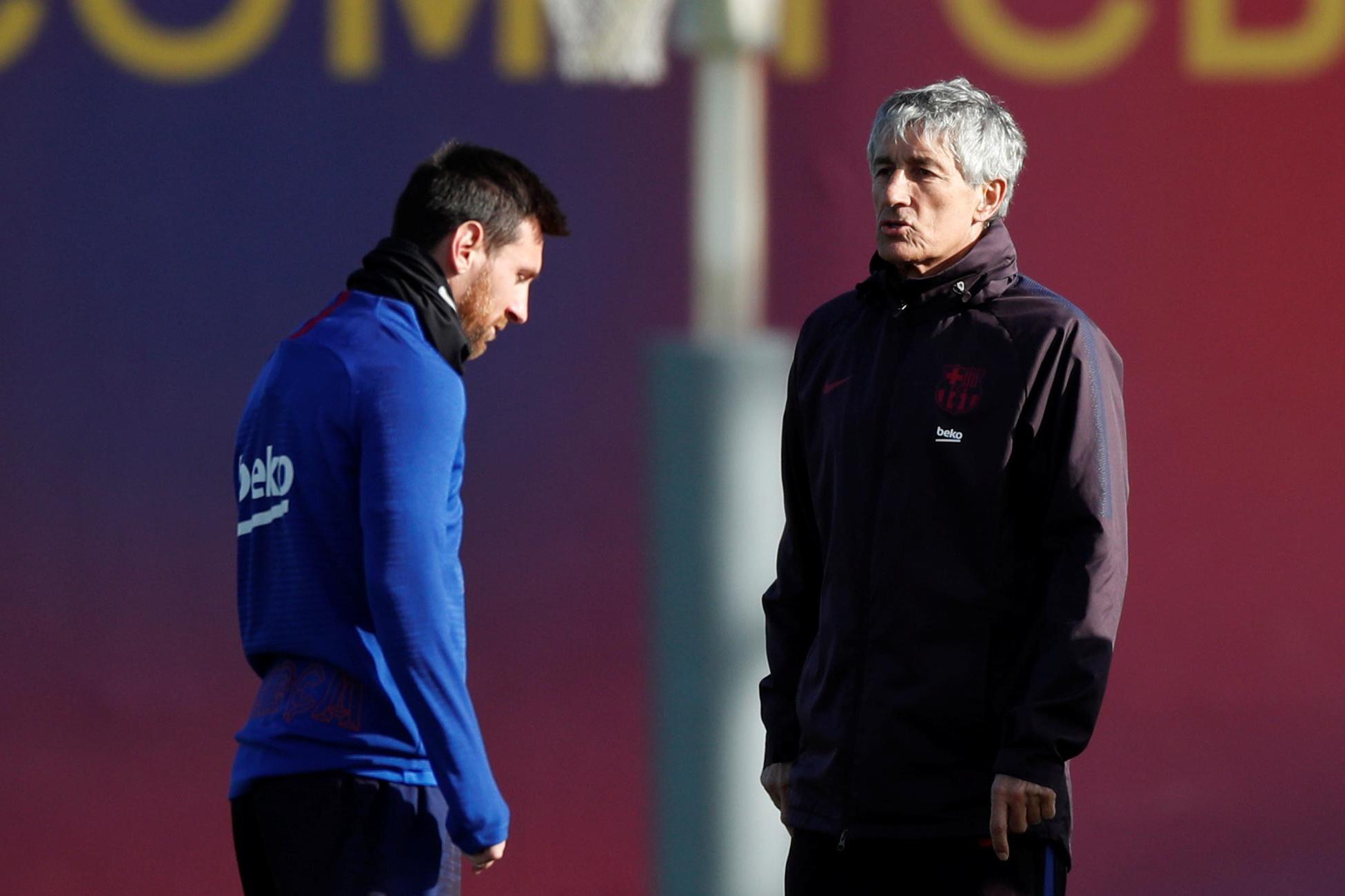 The Argentine attacker told Mundo Deportivo in an interview published on Thursday that Barca ‘are not at a level today to fight for the Champions League’ and need significant improvement if they are to claim Europe’s most coveted prize this term.

Setien was asked about Messi’s quotes in his press conference on Friday and said: “There are things I agree with and others where I have seen how many other Champions Leagues have been won and I think we could have a good chance of winning it, as could other teams.

“It’s true there are things to improve upon. We are not there yet, but we are growing little by little and reaching levels that will allow us to compete with all the teams.”


Barca are at home to Eibar in LaLiga on Saturday, with the Catalans in action away to Napoli in Setien’s Champions League debut on Tuesday night.

“There is excitement about Tuesday,” the 61-year-old said. “For me as well. But first things first, because Eibar and [Jose Luis] Mendilibar have been doing things well for many years.”