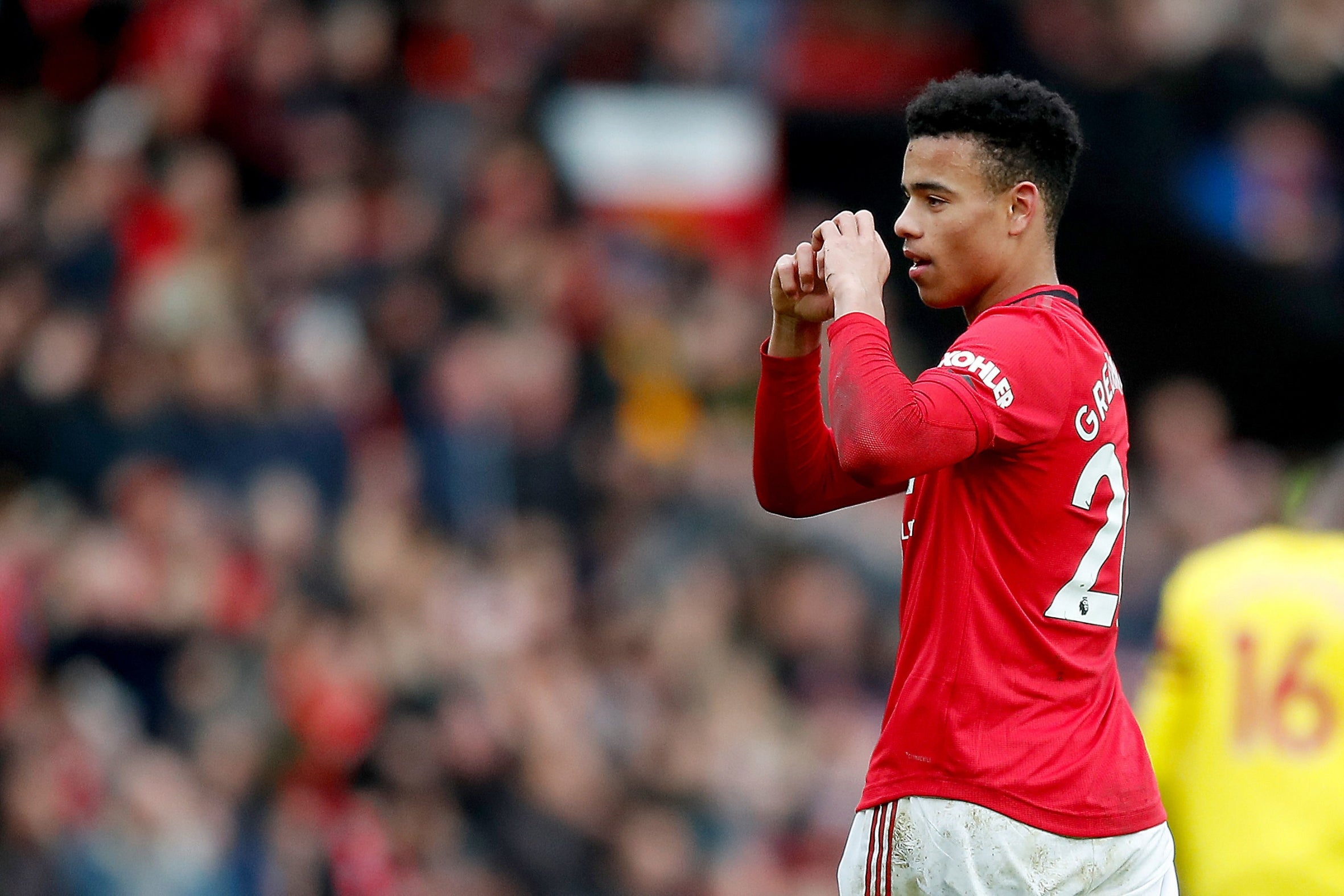 Mason Greenwood is set to be given an extended run as Manchester United close in on Champions League qualification, with Ole Gunnar Solskjaer describing him as one of the best finishers he’s ever seen.

The 18-year-old continued his outstanding form in his breakthrough season with a stunning goal in United’s 3-0 win against Watford.

It was the academy graduate’s 11th goal in 15 starts to enhance his growing reputation as one of the most exciting prospects in Europe.

And while Solskjaer insists it will still be another two years before he truly fulfils his potential, United’s manager believes he’s already capable of holding down a first team place.

The Norwegian said: “If he keeps fit, it’s up to him (to keep his place).

“The whole season he’s had says a lot for him. He is just going to be better and better. He is only 18, not fully grown into his body. He’s not like Wayne Rooney at 18. In a couple of years’ time he will be more or less the complete No9.”

Solskjaer still hopes to bring in another striker in the summer after missing out on Erling Haaland in January. But he believes Greenwood is a superstar in the making.

“He’s the best finisher we have,” he added. “He’s one of the best I’ve seen. Right foot, left foot, doesn’t matter. He knows how to score goals.

“That’s what he’s done all his life. He’s just got to do things a bit quicker now, but the ball goes in if you hit the post and in, or hit the corner. It doesn’t matter if you’re against an under 18s keeper or a Premier League keeper.

“He’s just so sharp when he comes in and around the goal. What pleased me more about Mason today was his link-up play, his switches of play, he found DJ a few times from right wing to left wing. He’s just improving more and more, but that goal-scoring knack, he’ll never lose.”

Anthony Martial also earned Solskjaer’s praise after scoring three goals in as many games – but he’s still demanding more from the France striker.

“I’m delighted with the week Anthony’s had,” he said. “He’s got his critics and I’m one of his biggest probably. I keep demanding different stuff from him, but this week he’s come up with a No9 centre forward’s goal, the header against Chelsea.

“He did everything to get the goal against Bruges, defending, winning the ball and running through.

“Today was more the Anthony we know about, the skill that is just mind blowing. I want more, I want more from him. I will keep at him.”