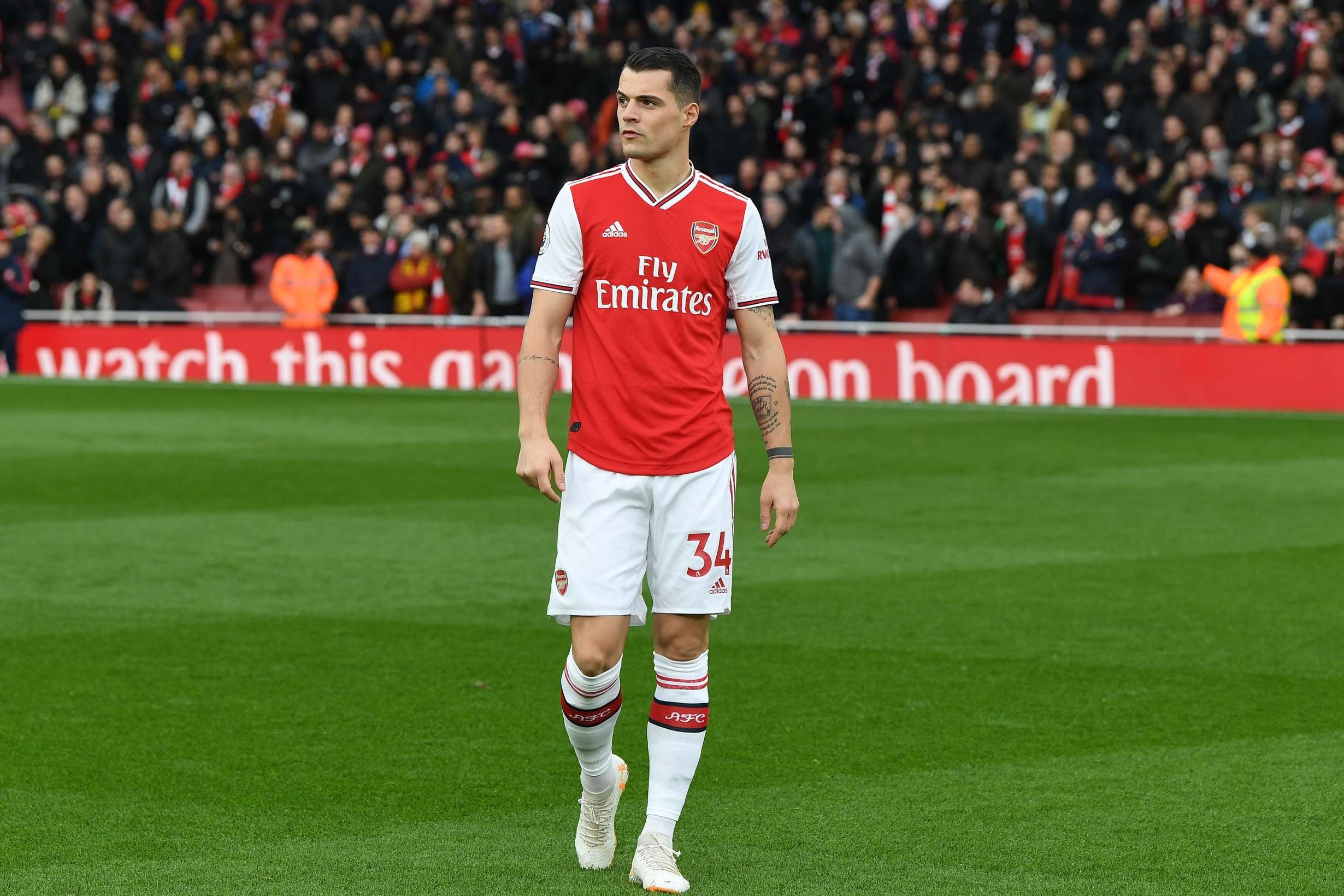 No one embodied the divisions of Unai Emery’s Arsenal tenure more than Granit Xhaka.

There have doubtless been many players who have harboured a secret desire to tell their own fans to “f*** off” at one time or another, yet few actually do it, like Xhaka did upon his substitution against Crystal Palace last October.

He was subsequently stripped of the Arsenal captaincy, targeted on social media and near certain to leave the club either in January or this summer.

Yet, within two months of taking charge, Mikel Arteta has steadily reintegrated Xhaka into the first team, with the midfielder returning to the quietly effective presence he can often be.

Yet, in the midst of this maelstrom, Xhaka had the highest pass completion rate of any Arsenal starter aside from Mesut Ozil and made 64 Opta-defined ‘good passes and crosses’. That figure is higher than anyone else on the pitch and 14 more than the next Arsenal player.

The contradiction at the heart of Xhaka’s career is that while he probably is not good enough to help Arsenal compete for the biggest prizes, they are usually a worse team without him.

Time will tell as to whether Arteta holds a similar view as he rebuilds the squad, but the mere presence of the 27-year-old can be considered progress from what Xhaka himself described to Standard Sport today as the toughest period of his career.

New managers invariably enjoy a bounce, but even within that context, the unity and spirit Arteta is engendering is hugely promising for Arsenal.

Xhaka’s main rival for pariah status under Emery was Shkodran Mustafi, deemed surplus to requirements in a brutal public fashion, only to stay put and resurrect his own situation.

Calamity has not disappeared out of sight — Arsenal’s defending for Everton’s two goals yesterday is proof of that — but Arteta is doing his best to at least put it in the rear-view mirror.

The Gunners are unbeaten in 2020, a run lasting 10 matches in all competitions. Mustafi has started the last seven, forming an unlikely partnership with David Luiz, with Hector Bellerin returning at right-back and Bukayo Saka emerging as one of the brightest young talents in the division on the other flank.

Arsenal were left hanging on here, drained by three games in a week, including a trip to Greece. After Eddie Nketiah and Pierre-Emerick Aubameyang had overturned Dominic Calvert-Lewin’s first-minute opener, Richarlison equalised just before the interval.

Aubemeyang restored Arsenal’s advantage almost immediately at the start of a second half Everton increasingly dominated. Plaudits rightly came the Gabonese’s way for two typically assured finishes which sent him back alongside Jamie Vardy to the top of the Premier League goalscoring chart, but it was his discipline without the ball which was equally telling.

“I had two questions [about Aubameyang before I arrived],” said Arteta. “One was that he doesn’t want to do it, or he cannot do it physically. So, once I found out that physically he could do it, it was about convincing him to do it — and that he can do it every three days. He’s showing that.”

No Arsenal player made more tackles than Aubameyang. He had become disillusioned under Emery, but his willingness to work for the team is a positive sign in the battle to keep him beyond the summer. He will have a year left on his contract then and head of football Raul Sanllehi reiterated at

a fans’ forum last week that club policy for all players with 12 months remaining on a deal is sign an extension or be sold. Qualifying for the Champions League may well be the decisive factor.