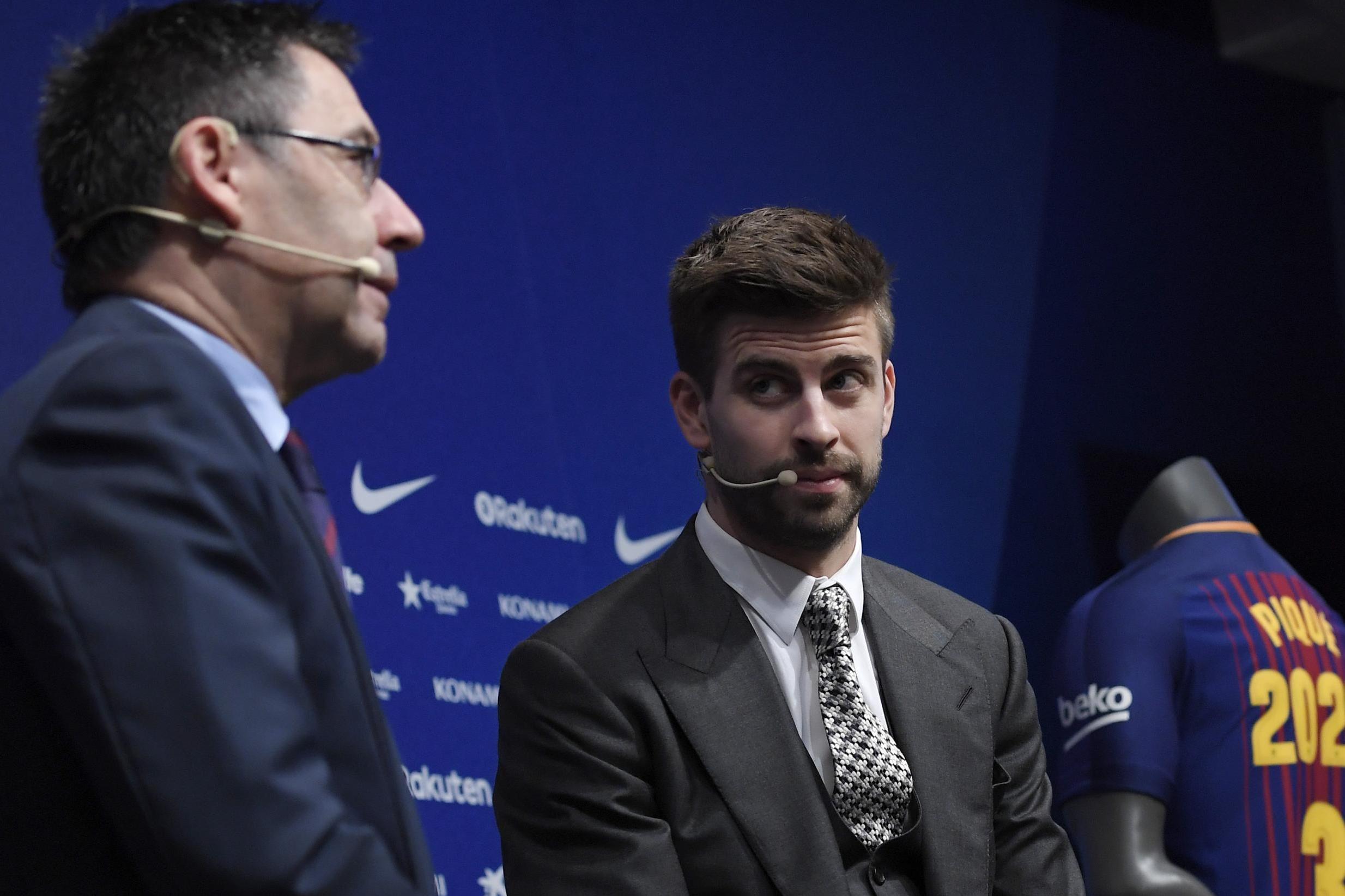 A report on Cadena SER alleged last week that Barcelona had hired a firm to “protect the reputation” of Bartomeu and also to “erode the image” of ex-players, presidential candidates and more.

Barca released a statement denying the report and Bartomeu met with the players to assure them the information was false.

“I couldn’t tell you if it annoyed me,” Pique said when asked about the saga ahead of Barca’s Champions League game against Napoli on Tuesday. “I don’t care. In the end, social networks are uncontrollable. Everybody says what they like.

“The way I saw him (Bartomeu), I believed that at least he didn’t know because when we had the meeting, he was upset. But it’s something that came out, blew up and has been resolved.”

After the episode, Pique responded to a journalist on Twitter who had defended Bartomeu with a one-word reply in Catalan: “Puppet”.

“Puppet (titella in Catalan) is Pulcinella,” the defender said (in reference to a character originating from Neapolitan puppetry). And they are everywhere. We are all Pulcinellas in some aspect. But in this case it was clear.

“It wasn’t a message to the board. They have people who are close to them and who pass them information and give them that feeling of protecting. And that’s fine. Everyone does it and that’s normal.”

And he added: “These are things that happen at such a big club. I had no idea. We have to focus on football, which is the important thing.”

Asked another question about the matter, he said: “I think we are giving it too much importance.

“What people want is to see Barca winning and that is in our hands. We are going to try.”