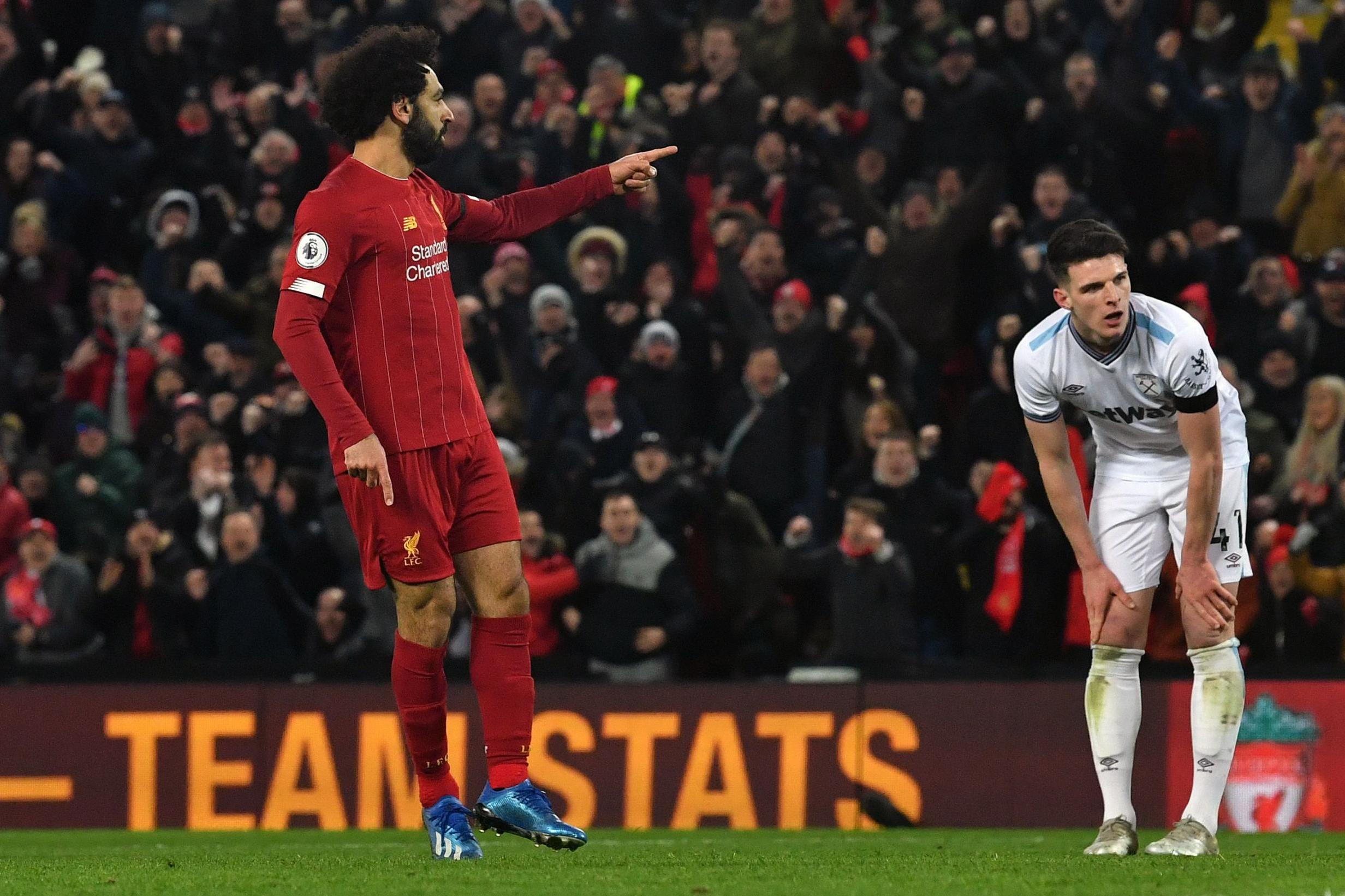 Mo Salah scored in Liverpool’s 3-2 win over West Ham to move within two-goals of the Premier League’s leading scorers.

Arsenal Pierre-Emerick Aubameyang took his tally for 2019-20 to 17 and equal Jamie Vardy on Sunday as the Gunners recorded successive Premier League wins for the first time since August.

The 30-year-old has now matched the haul of out-of-form Vardy, who hasn’t scored since December 21 in the top-flight.

Aguero remains one goal behind and was unable to add to his tally in the 1-0 win over the Foxes, missing from the spot.