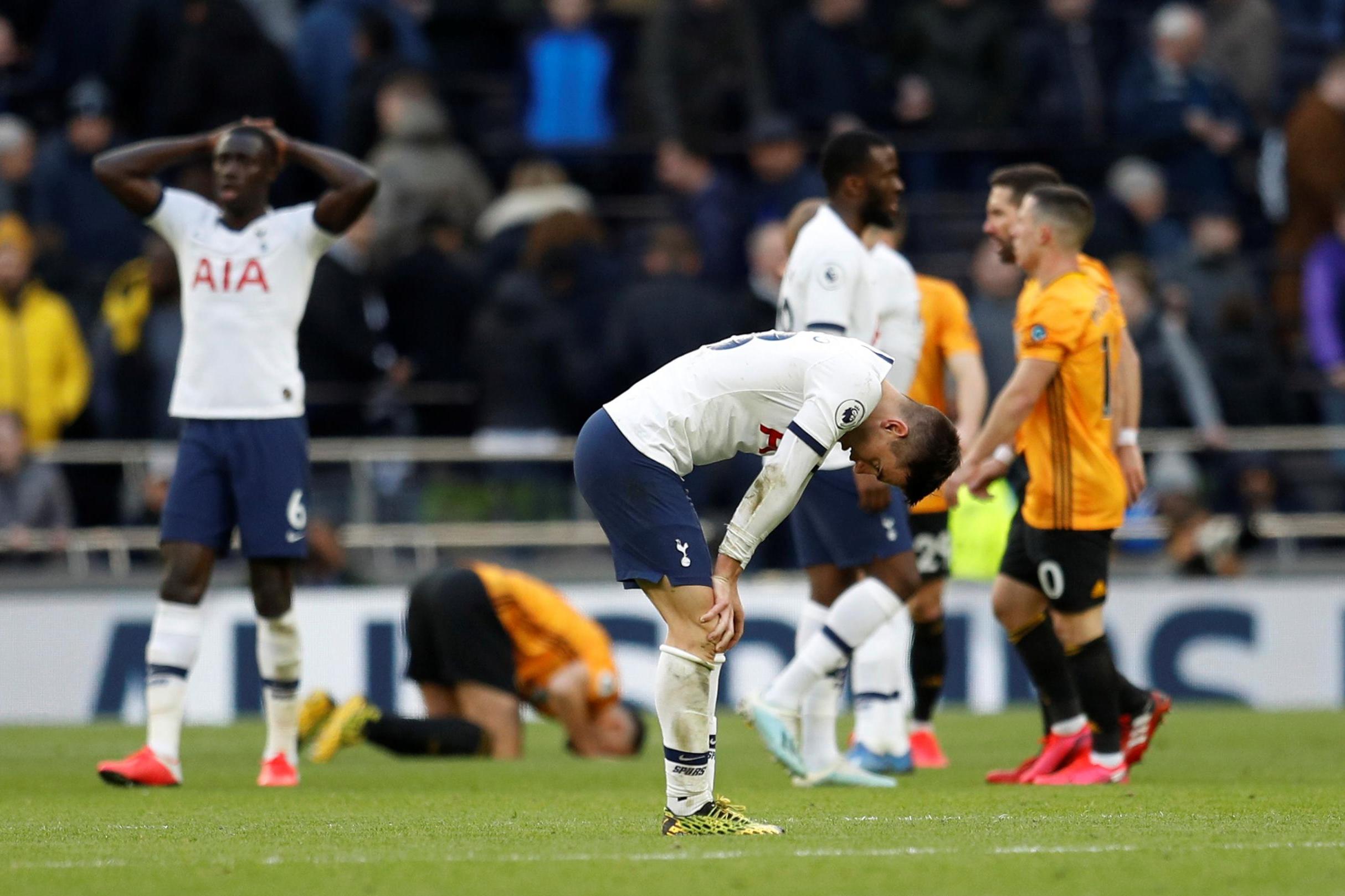 Tottenham were left to count the cost of twice letting a lead slip as Wolves fought back to earn a 3-2 Premier League win in north London.

Spurs had led twice through goals from Steven Bergwijn and Serge Aurier, but Matt Doherty and Diogo Jota cancelled those out before Raul Jimenez struck 17 minutes from time.

In for the injured Hugo Lloris, Gazzaniga generally lacked the Frenchman’s presence and could only get a weak hand to the ball for Jota’s equaliser.

Brilliant in the final third and disastrous defensively, this was peak Aurier. He made Bergwijn’s goal with a fine cross and scored a left-foot stunner but could not get back for Doherty’s goal and was loose in his own half.

The Colombian rashly lunged-in to a challenge on the halfway line before Doherty’s goal and played his part in some calamitous moments defensively.

Terrible for Wolves’ opening goal – air-kicking Vinagre’s cross before falling over – and not much better for their second, Dier increasingly looks a liability whenever and wherever he plays.

Playing as the third centre-half, the youngster was also at fault for Dohert’s goal as he failed to clear Vinagre’s cross and was floored for Jimenez’s winner. He massively missed Toby Alderweired’s calming influence.

More adventurous than at Chelsea and should have had an assist with a fine cross for Dele. But looked rusty on the ball and at the back as Spurs struggled defensively.

Captaining the side, Winks kept the ball moving with a succession of neat passes but was rarely an influence in the final thirds of the pitch.

As is now customary, the Argentine was one of Spurs’ standout players, looking to drive them on from the base of midfield. He was heavily involved in the build-up to both home goals.

Still adjusting to English football but the Dutchman made it goals in his first two home Premier League games with a tap-in to open the scoring. He faded as the game progressed.

Dele finished a bad week with his most impressive performance in some time, assisting both goals and nearly scoring himself on a couple of occasions. On a dismal afternoon for Spurs, his performance as a false 9 suggests a path forward while Kane and Son are sidelined.

Back on the right wing, Lucas was full of hard running but short of end product, as usual.

The Frenchman played a few nice passes after replacing Tanganga for the final 15 minutes, with Spurs 3-2 down.

Filled-in at right-back in the closing stages but barely influenced the game.

Came on in stoppage-time, which felt a little late.

Super Eagles Midfielder Expresses Delight To Have Been Invited By Rohr...