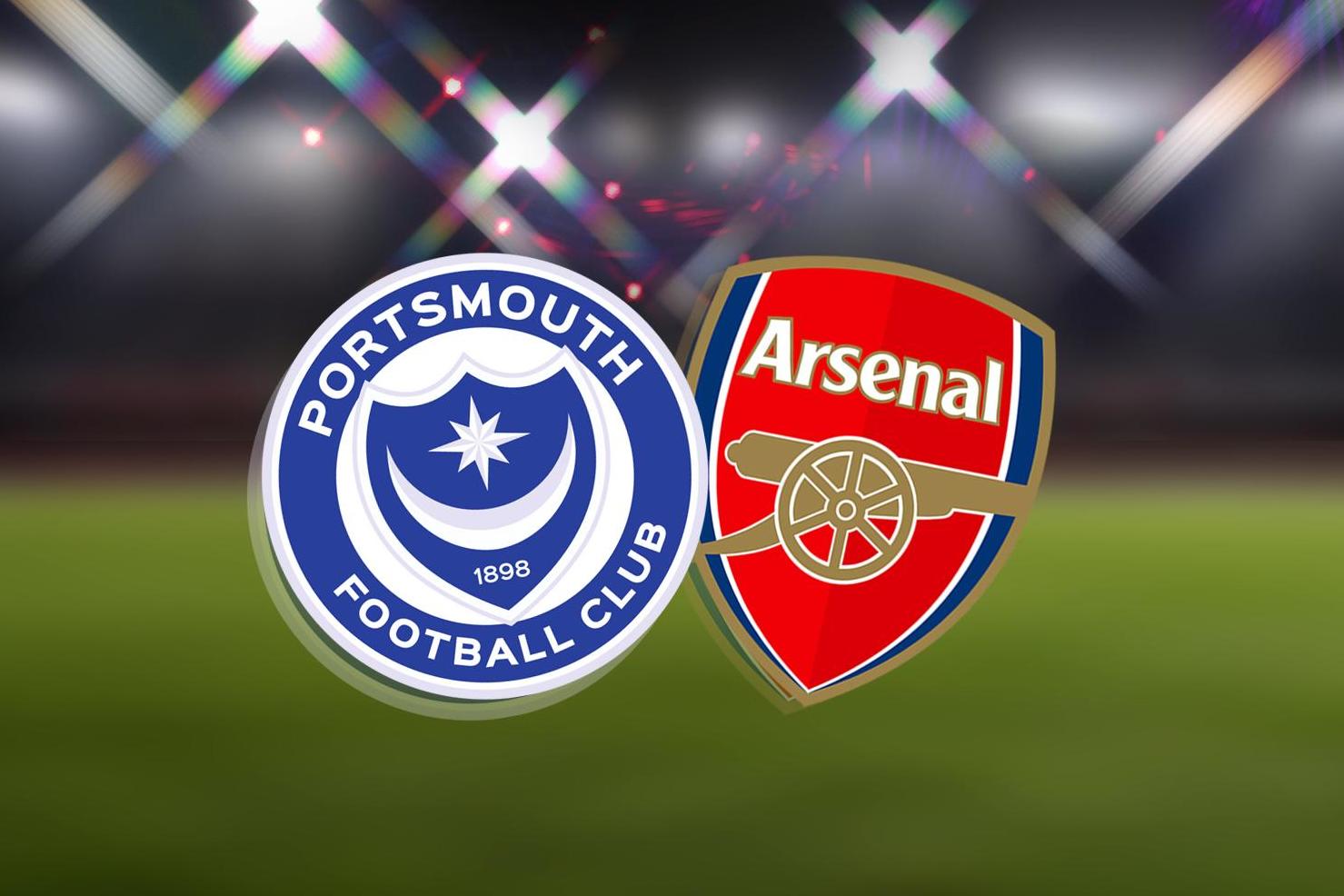 Arsenal are fighting for their last available piece of silverware this season when they take on Portsmouth tonight.

Mikel Arteta’s side crashed out of the Europa League last week, dumped out of the competition by Olympiacos in the first knockout round in a devastating blow to their aims of qualifying for the Champions League.

Portsmouth, pushing for a return to the Championship at the end of the season, hope to inflict more misery on the south coast.

Live stream:  BT Sport subscribers will be able to stream the match online via the video player and the BT Sport app.

Text commentary: You can follow the game live on Sunday with Standard Sport’s live match blog.

BBC Match of the Day will have highlights of all the week’s FA Cup action on Thursday on BBC One from 11:15pm.

Pompey boss Kenny Jackett is confident the pair will be fit to face Mikel Arteta’s Premier League side after sustaining knocks in Friday’s 3-0 Sky Bet League One win over Rochdale.

Centre-back Christian Burgess collected his 10th booking of the season in that match but will be available to face the Gunners as his two-game suspension will be served in league fixtures.

Defender Jack Whatmough and forward Oli Hawkins will be hoping to return to Jackett’s squad after being left out against Dale for tactical reasons.

Arsenal head coach Arteta is likely to shuffle his pack at Fratton Park.

The Gunners will be without Sead Kolasinac, who has suffered a significant shoulder strain.

Defender Calum Chambers (knee) is a long-term absentee while January signing Pablo Mari will be pushing for his Arsenal debut.

Mauricio Pochettino needs to ask Daniel Levy if he can keep...