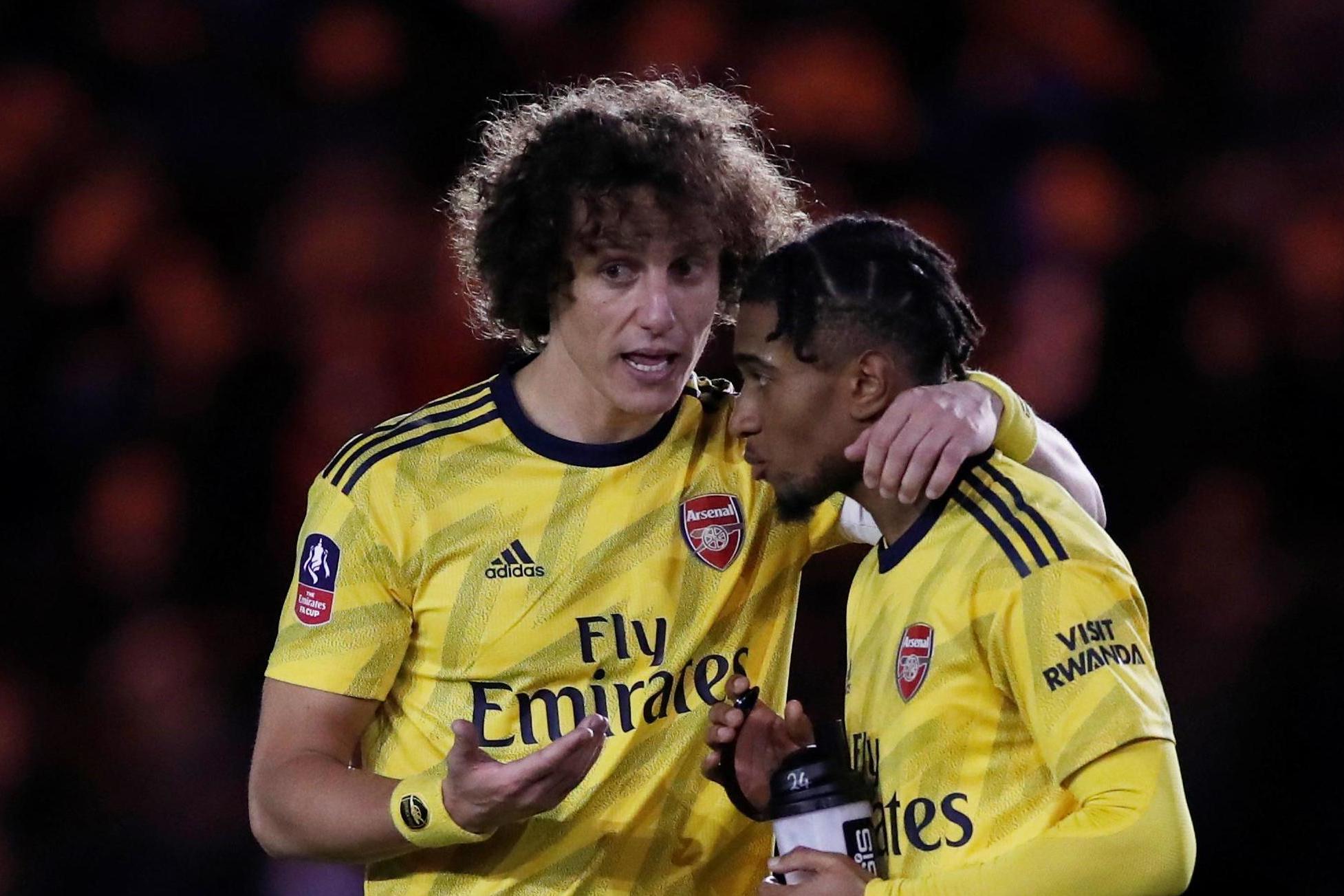 David Luiz believes Arsenal are improving every week under Mikel Arteta and hailed the mentality of the younger players in the squad after beating Portsmouth in the FA Cup.

The Gunners sealed their place in the quarter-finals after goals from Sokratis and Eddie Nketiah helped them secure a 2-0 win at Fratton Park.

The victory comes just four days after Arsenal were knocked out of the Europa League by Olympiacos in front of their own fans.

Arteta made nine changes to his side for the cup tie, including handing stars to four Arsenal academy graduates, and the Brazilian singled out the mentality shown by the young players in bouncing back from their midweek disappointment.

“It’s important to continue doing the job that we’re doing every single day,” Luiz told BT Sport after collecting the man of the match award.

“We’re improving a lot but have to be humble. We understand we are not there yet.

“In the last game, we did amazing but then we lose. That’s football, and we have to understand why we lost. Tonight, I’m so pleased with the team.

“The young boys are improving a lot every single week, they have a great mentality. They understand what high level is and know you have to bounce back. They have to be ready to react and understand our football.”

Arteta handed a debut to January signing Pablo Mari and the Spaniard looked assured at the back, earning praise from defensive partner Luiz for his solid display.

“He’s great. Everybody was 100 per cent focused, I’m so pleased we didn’t concede,” he added.

“Pablo is a great guy, great player, he had an amazing game. We are here to help each other and we have 25 players ready to play for Arsenal, ready to do the job. [When it’s] like that, it’s a pleasure to play football.

“I will say to the guys, especially the young lads, that they are starting their football careers and have a great opportunity to play for a big club.”