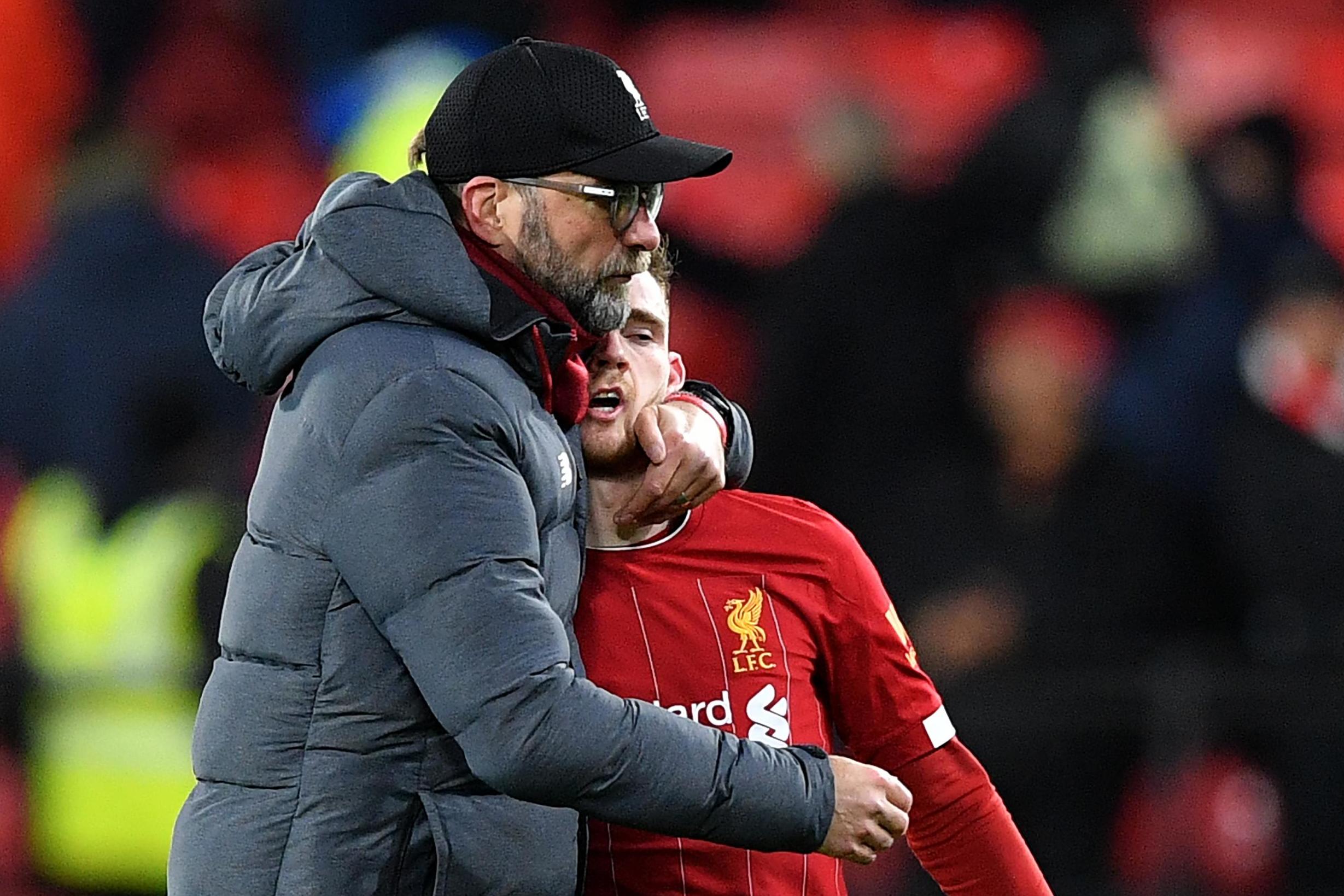 Jurgen Klopp has dismissed suggestions that Liverpool can put more emphasis on the FA Cup after seeing hopes of an unbeaten Premier League season dashed.

The Reds suffered their first top-flight defeat of the campaign on Saturday afternoon as they were beaten 3-0 by relegation-threatened Watford at Vicarage Road.

Thankfully, an opportunity to quickly bounce back from that shock loss comes on Tuesday evening, when Klopp and co travel to Chelsea for an FA Cup fifth-round clash.

The German has largely relied on fringe players in the world’s oldest cup competition this term, but might his priorities have shifted somewhat following this weekend’s result?

According to Klopp, that isn’t possible, mostly because he and his squad have already been giving ‘all they have’ in this particular tournament as well as all others.

He said: “I’m not sure if you saw that but we go really hard in all the games. So if you invest 100 per cent, how can you invest more?

“How can I take a risk with a player who played on Saturday, with all the little bits of information from everywhere? No, I can’t.

“So if I think a player played now X, Y and Z and we need another option, I will do it. I want to win this game.

“It’s not because I don’t take this game seriously and think, ‘Yeah! Send the reserves out against Chelsea and whatever!’ We are not like this.

“We just try to do the best all the time. Sometimes you see it. Sometimes, maybe, you don’t see it.

“We cannot fight more for the cup competitions than we do already. One cup competition that we proved we take really seriously in the last couple of years is the Champions League.

“The FA Cup? It’s nothing to do with us not wanting to go to the final. It was just because [of] draws, performances…

“Team selections? They were always reasonable. There was always a good reason for it.

“Now we lost a game, we cannot be invincible, so now that is done and we can lose a couple more? I don’t understand that.

Then Everton, then Crystal Palace or FA Cup, right? It will be with all we have. Nothing else. 100 per cent. That is us.

“What we really blame ourselves for is that you didn’t see it on Saturday. We didn’t see it. That is where we are really critical of ourselves.

“But it doesn’t mean in the future we will not do it anymore. That is what we want to be. We want to be very, very intense in a good way.”

As might be expected, Klopp has spent the hours since Liverpool’s defeat to Watford poring over the footage and pointing out to his players where they went wrong.

But the Reds boss felt no need to be angry with his squad over their first league loss in 44 games, no matter how poor the performance.

“From a common sense point of view if I go in that meeting and shout at them like they have lost the last 10 games in a row because of a bad attitude that would be really strange.

“I am not interested that after the meeting I feel better. I am interested in the boys getting the right information and it can be more emotional – I would not say angry – or less emotional.

“If you need to analyse, you analyse and analysis is not really emotional. It is looking at the facts.”

Tottenham complain to BBC over racism claims during The One Show