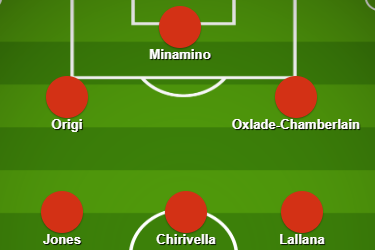 Jurgen Klopp is expected to ring the changes once again as Liverpool return to FA Cup action against Chelsea at Stamford Bridge tonight.

The German left then-Under-23s manager Neil Critchley and a team of kids to contest the game that earned the Reds their place in this stage – a fourth-round replay against Shrewsbury Town at Anfield.

And, while tonight’s selection won’t be quite as extreme, it is unlikely to feature many players regularly seen in the Premier League this term.

Youngsters Curtis Jones and Neco Williams are expected to get their latest chance to shine on the senior stage, though Harvey Elliott will miss out after being called up to the squad to face Benfica in the Uefa Youth League.

That is likely to force Klopp into using at least one first-team regular alongside fringe players such as Takumi Minamino, Adam Lallana and Joel Matip.

James Milner is also in line to return after missing the last two games with a muscle problem.

Liverpool lose out on Premier League record after postponement