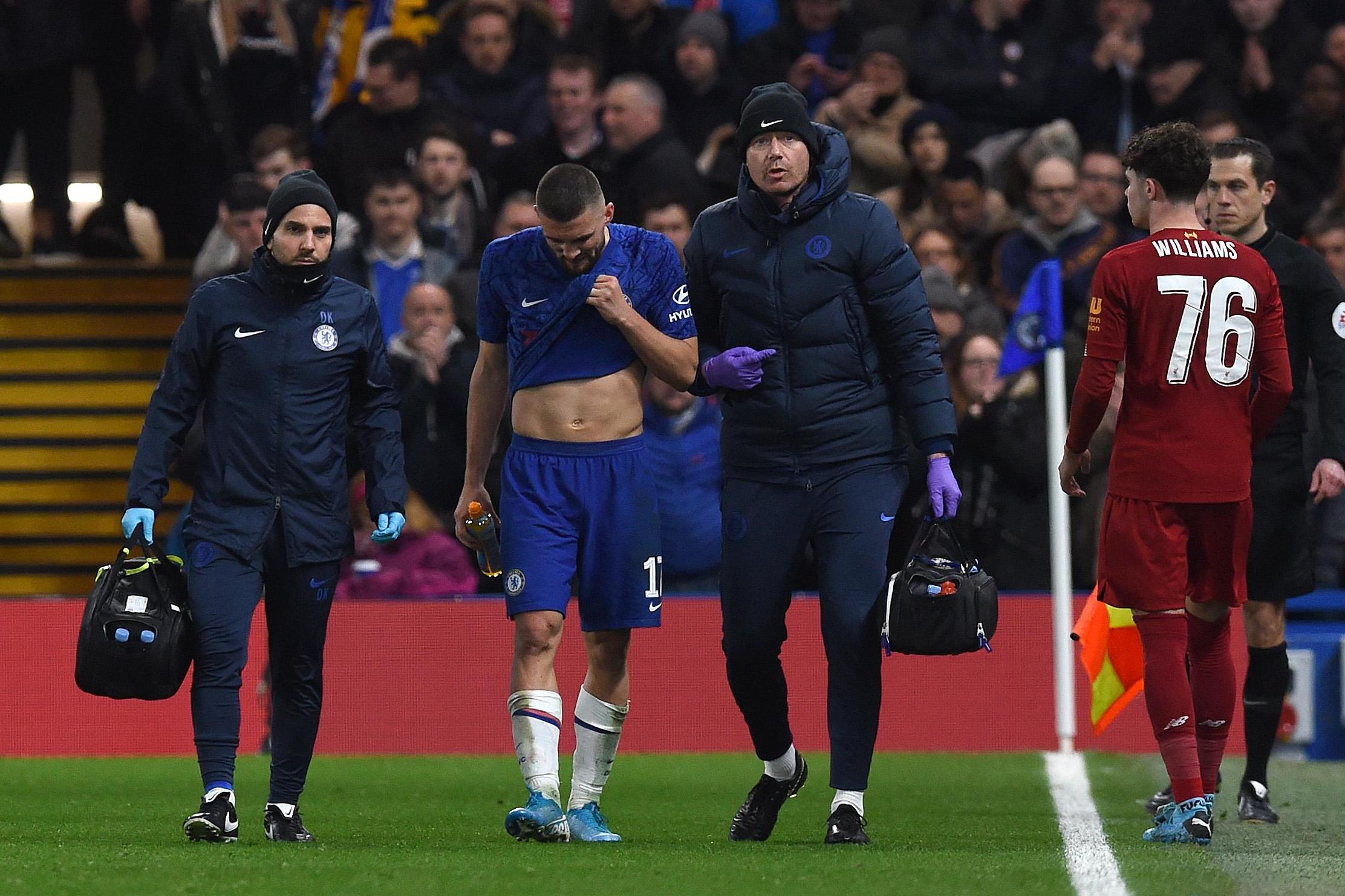 Kovacic was replaced by Mason Mount after 42 minutes after limping away from a duel with Sadio Mane. Willian, who opened the scoring on the night when his shot from range was spilled by Adrian, followed him off six minutes into the second-half.

“Both have got an Achilles’ issue,” Lampard confirmed after the game.

“Willian hopefully is not too bad, that is what he is reporting there so we will see how he is tomorrow. Kovacic’s feels slightly worse. Hopefully not too drastic, so we’ll see.”

Losing Kovacic would serve as a major blow for Lampard who is already without another key midfielder in Jorginho for the coming games.

Jorginho will miss his side’s next two Premier League matches against Everton and Aston Villa after collecting his 10th top-flight yellow card of the season in the 2-2 draw at Bournemouth on Saturday.


He is also unavailable for the second leg of Chelsea’s Champions League last-16 tie against Bayern Munich at Allianz Arena on March 18 after accruing his third European caution of 2019-20 in the 3-0 defeat at Stamford Bridge last week.