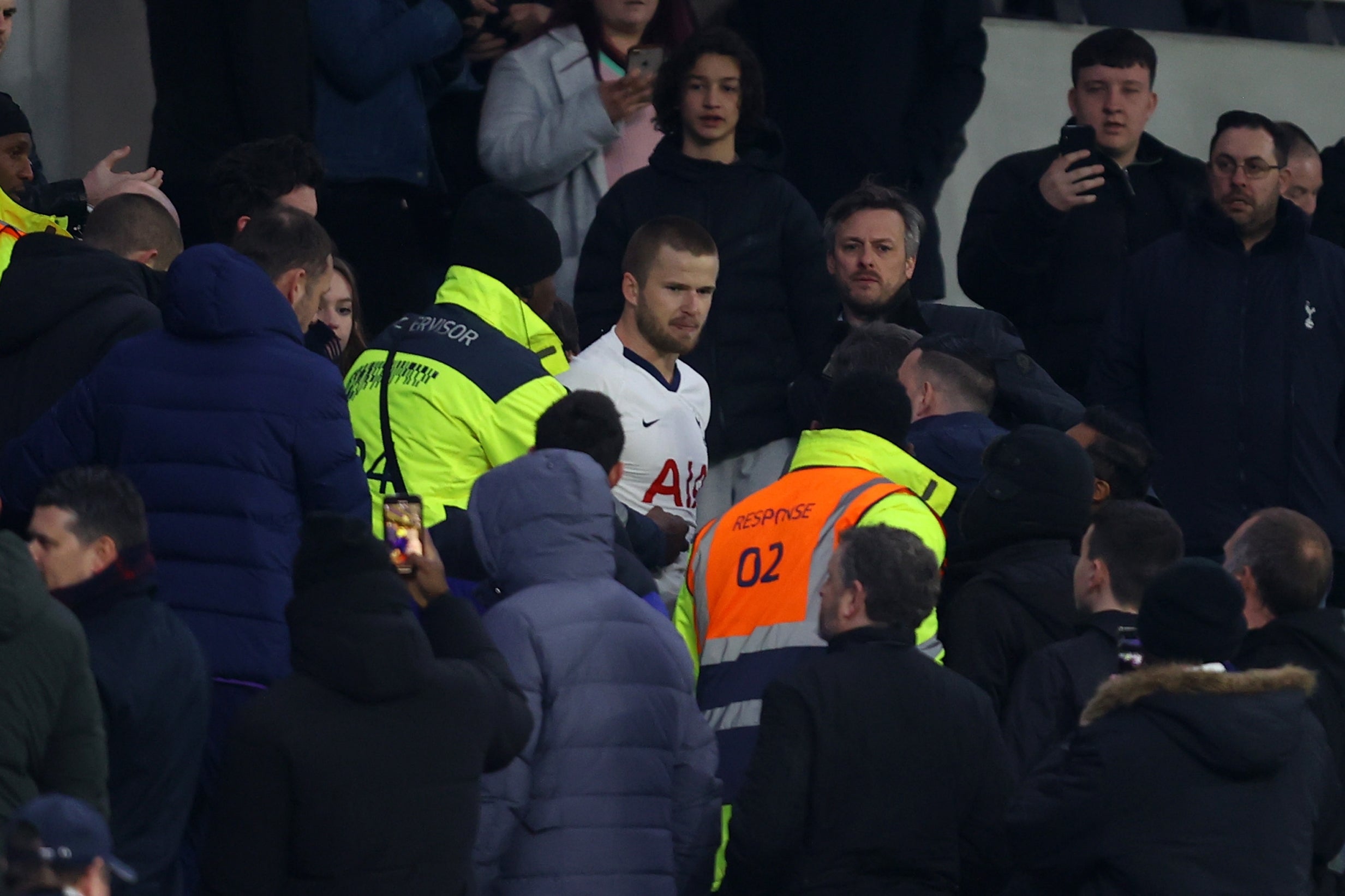 Tottenham defender Eric Dier climbed into the stands and appeared to confront a fan in a remarkable incident following Wednesday night’s FA Cup tie with Norwich.

Videos on social media show the England man being escorted away after clambering into the West Stand as the stadium emptied following Spurs’ penalty shoot-out loss to the Premier League strugglers.

“I think Eric did what we as professionals cannot do but when someone insults you and your family is involved, especially your younger brother.

“This person insulted Eric, the younger brother was not happy with the situation and Eric was not happy. But we as professionals cannot do what he did.”

The videos sees both fans and a steward in hi-viz attempting to calm the 26-year-old.

Jose Mourinho’s side were beaten 3-2 on spot-kicks after the game had finished 1-1 in normal time.

Dier had taken Spurs’ first penalty in the shootout and scored, but Norwich ‘keeper Tim Krul proved the hero, saving two penalties to send his side through.