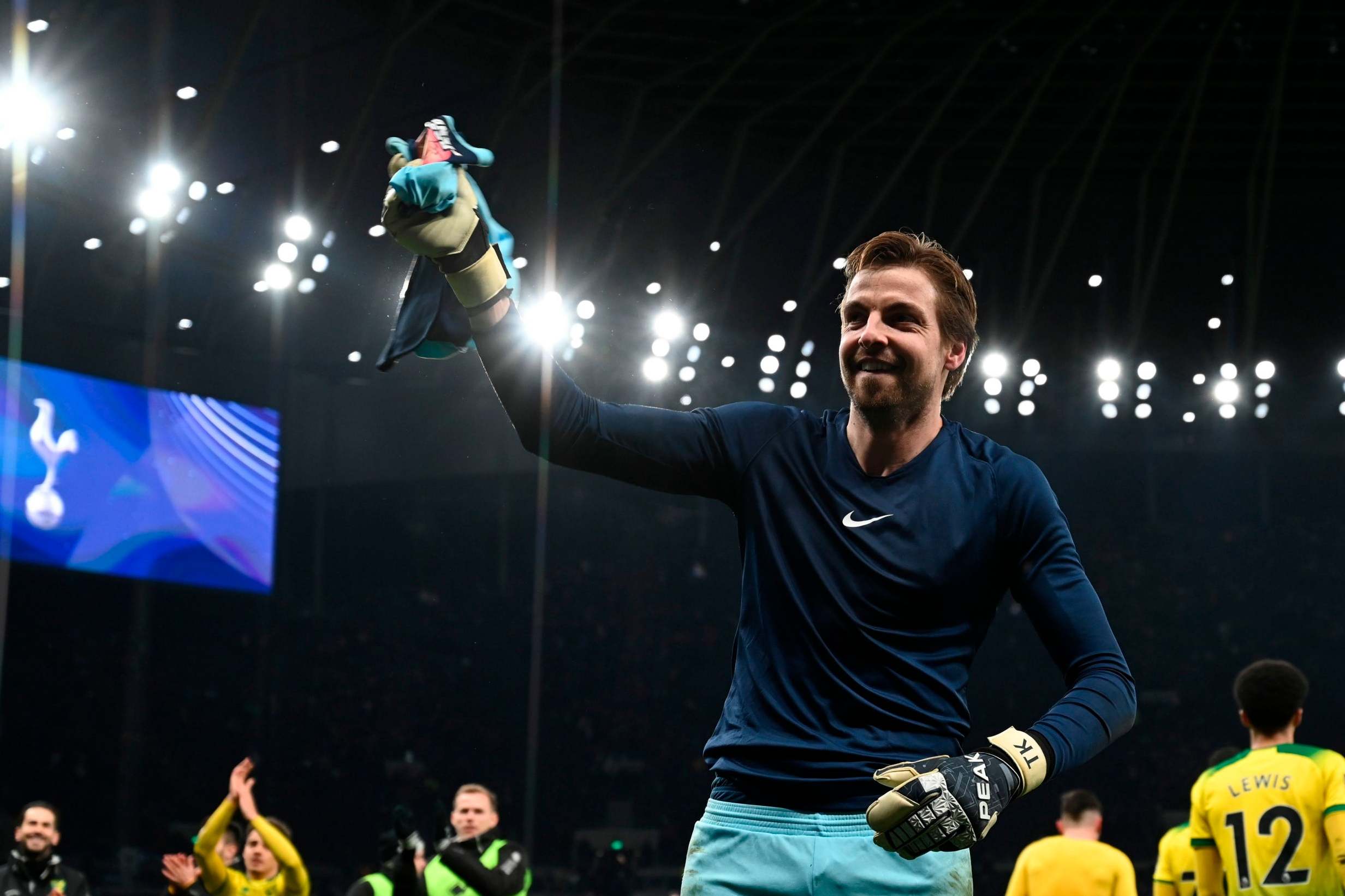 Penalty specialist Tim Krul was the hero for Norwich, saving two shoot-out penalties as Norwich dumped Tottenham out of the FA Cup.

The win means Norwich now face the winners of Derby and Manchester United, which takes place on Thursday night.

The Canaries entered the game full of confidence, despite sitting bottom of the Premier League table, after beating Leicester 1-0.

Norwich found themselves behind, however, as Jan Vertonghen – named captain in the absence of Harry Kane and Hugo Lloris – scored a thunderous first half header.

Extra time and penalties followed, and it was here that Krul made his mark on the game.

On the victory, Krul said: “That’s what it’s all about, that’s why we do the work. When you have down times, this is what you think of.

“As a little boy you want to save penalties and get your club through. Big emotions today.

“Everyone says I am good at penalties so I knew I’d better start saving some. Me and my coach do our homework, I had them on my bottle, it all happens in a shoot-out.

“What a place to do it as well and for 9,000 fans to be here on a Wednesday night – Incredible.

“Maybe this is the turning point, we believe we can stay up.”