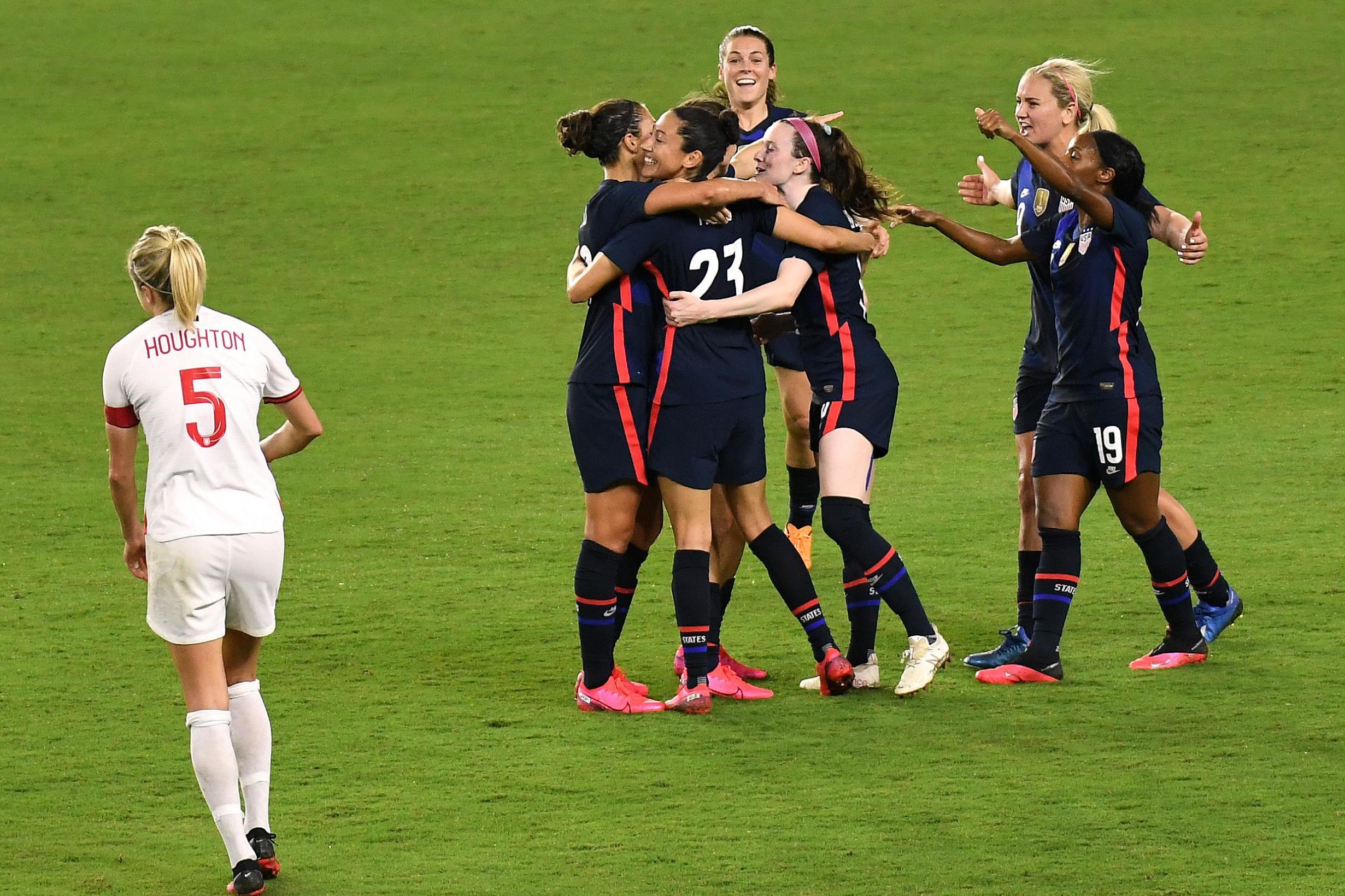 USA scored twice in three second-half minutes to secure a 2-0 victory over England Women in their SheBelieves Cup opener.

Nikita Parris passed up the best chance of the opening half for the Lionesses before Christen Press scored the game’s opener on 53 minutes, curling a fine effort home from the edge of the box.

Carli Lloyd, who had an early chance saved by England goalkeeper Carly Telford, doubled the lead two minutes later after a neat pass from Lindsey Horan split the defence, with the World Cup holders comfortably seeing out the win.

Julie Ertz also had a goal ruled out for offside late in the second half.

England have now lost six of their last nine games, struggling for form since their World Cup final defeat to the US last summer.

Phil Neville’s side will go on to face Japan on Sunday, while the US play Spain.