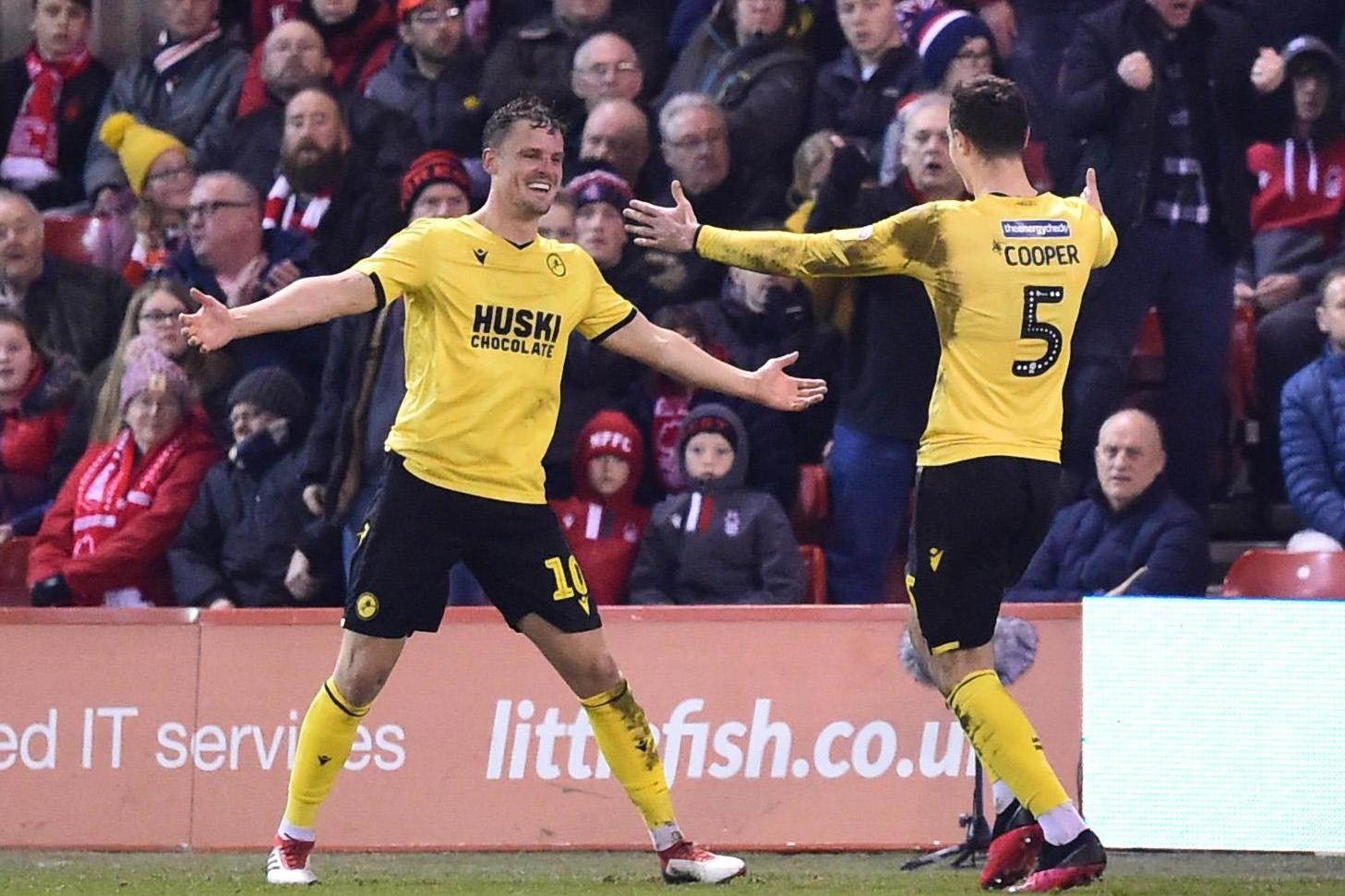 Matt Smith scored a 13-minute hat-trick as Millwall stormed to a 3-0 win against Nottingham Forest to boost their Championship play-off hopes.

The Lions took the lead inside 20 minutes when Smith diverted home from Shane Ferguson’s cross with a header from 10 yards out.

Gary Rowett’s side were not finished there, however, and doubled their lead just six minutes later.

On-loan winger Mason Bennett did superbly to rob Alfa Semedo of possession and race down the left before cutting back to Jay Molumby. The midfielder’s low effort took a slight deflection off Smith before beating Forest goalkeeper Brice Samba in the low corner.

And the south-east London outfit were in dreamland just three minutes after the half-hour mark when Smith rose highest to meet Shane Ferguson’s corner and head home from close range to seal the hat-trick.

Rowett’s men held firm in the second half to see out a convincing victory at the City Ground and continue their surge up the table towards a play-off place.

It was only Millwall’s second victory in 10 games in all competitions after a run of three games without a win.

But they are now just two points behind Preston, albeit having played a game more, with 10 games left to go in the season.