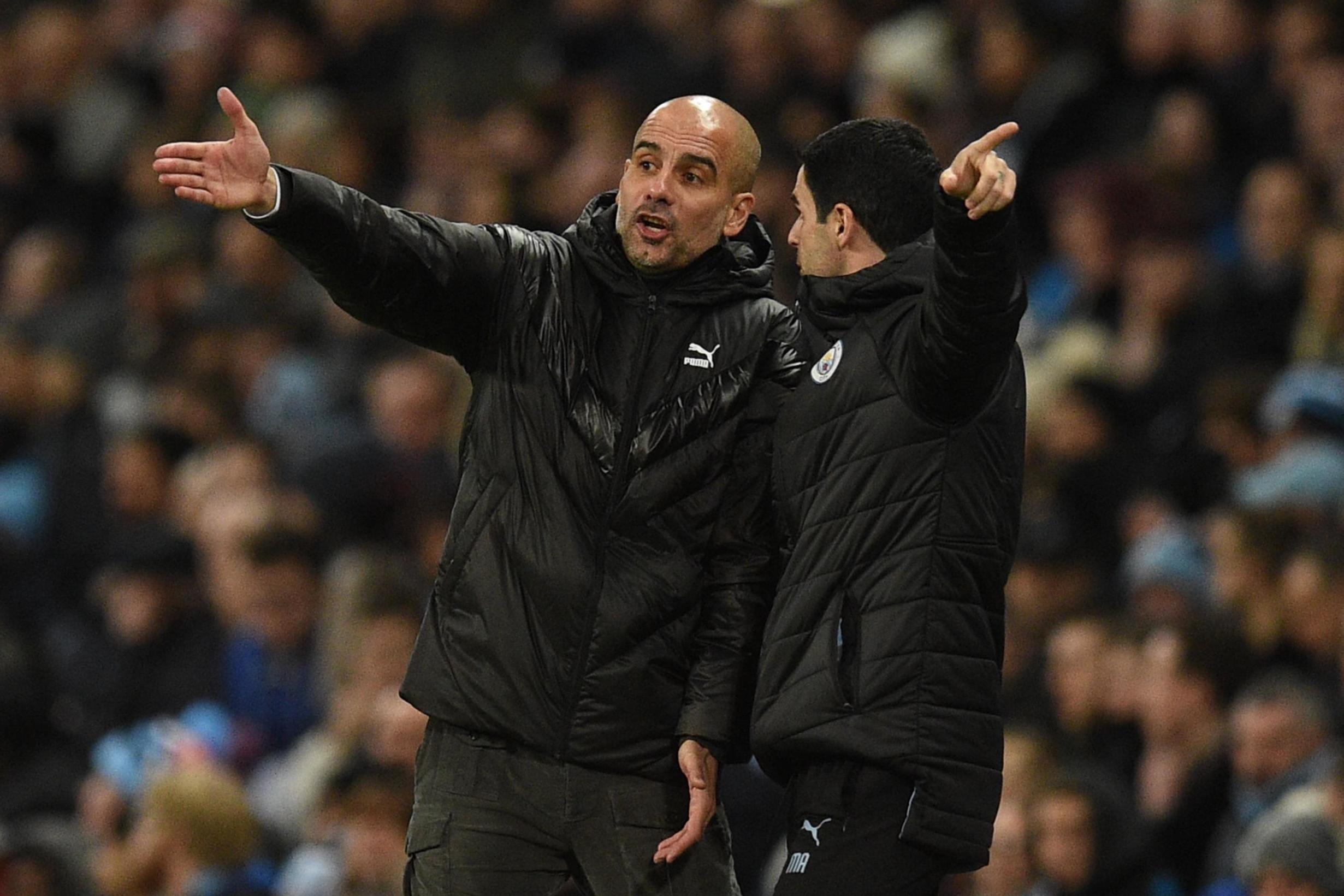 Pep Guardiola has revealed his final words to Mikel Arteta before his former assistant took charge of Arsenal.

And ahead of their first meeting in opposite dugouts, he claims the Gunners manager has a major advantage over Manchester City.

Arteta returns to the Etihad on Wednesday night for the first time since leaving for Arsenal in December.

Guardiola was desperate to keep hold of his No.2, who had been earmarked as a potential successor at City.

But the Catalan ultimately told Arteta he had to fulfil his dream of leading Arsenal.

“It happened in the past with my colleagues and my assistants,” said Guardiola. “I never said, say or will say what they have to do.

“They have ambition, professional ways, families and everything. So what I said to Mikel is: ‘Do you want to do it, do you feel it? Then you have to do it.’

“He loves Arsenal, he was there many years. It was a dream from day one to come back there, this challenge came and he had to take it.

“I would not be the guy to say ‘no, no you have to stay’. I don’t believe that, I don’t like that. The opportunity came and he took it.”

Guardiola has remained in constant contact with Arteta since they parted. They both know each other’s minds inside out – but City’s manager believes his counterpart has a significant edge.

“He has more information about us than I have about the Arsenal team, but that’s normal,” he said. “It was a huge amount of hours working together, on thoughts and ideas, solving problems, before the game and during and after the game.

“He knows perfectly the way we feel, the way we want to play. The fact he knows every single player – the strong points and the weak points.

“I can imagine the way he is going to press high on our weak player in those terms. The situation we can produce, he’s going to do it. For both of us we are lucky that the players play and we cannot.”

While Arsenal’s conduct when luring Arteta away angered City’s hierarchy and threatened future relations between the clubs, there was also a belief within the Etihad that the Spaniard could return one day after learning his trade at the Emirates.

Notably Guardiola claims the door is not closed to him returning – but believes he only has eyes for Arsenal.

“I think he is at Arsenal and he will stay longer there,” he said. “He’s 37-38 years old and many things can happen. What happens in the future I don’t know.”