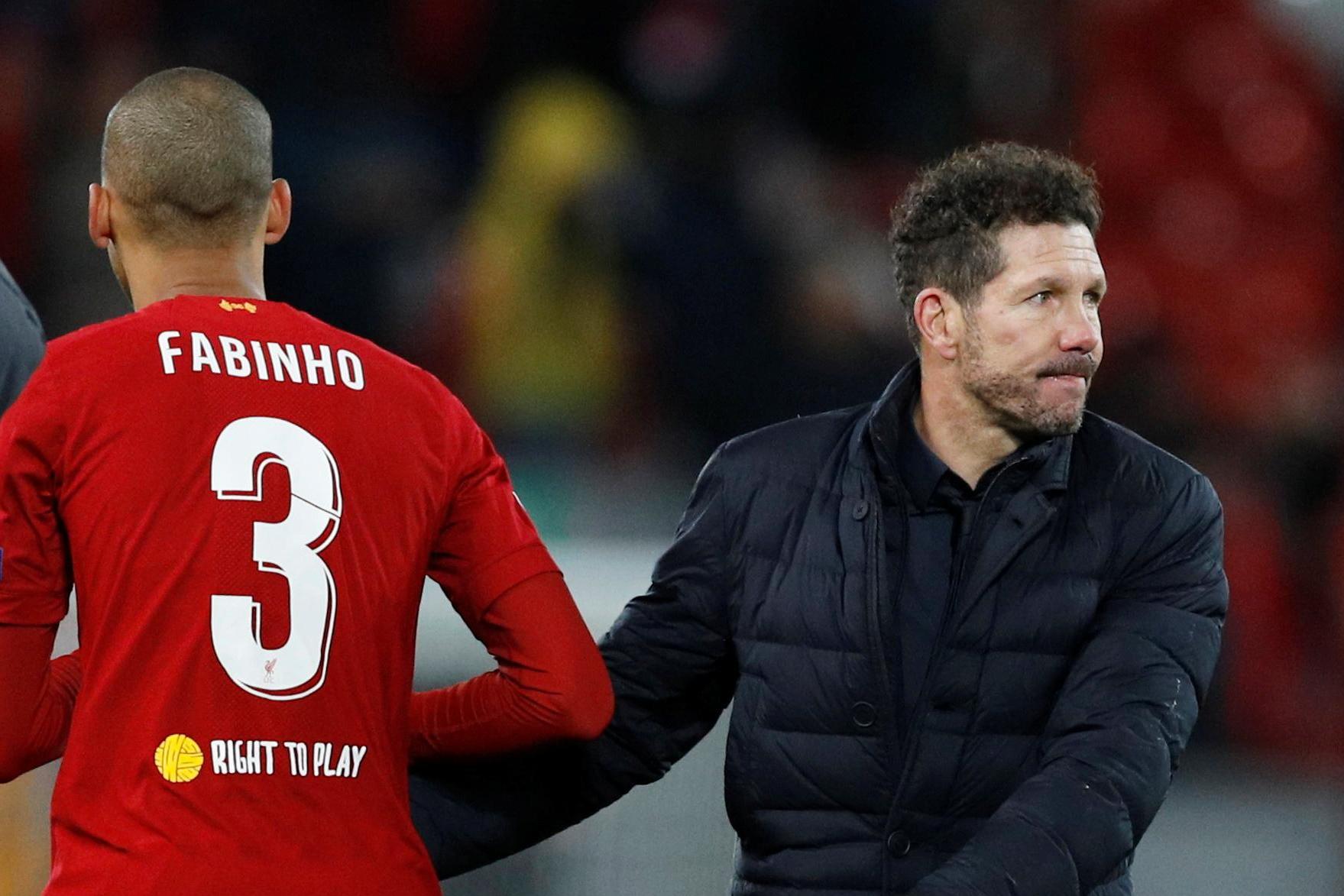 The Reds had forced extra-time in the second leg at Anfield after Georginio Wijnaldum’s first-half header cancelled out Atletico’s lead from the first leg.

Roberto Firmino struck seven minutes into extra-time before Marcos Llorente’s double, the first courtesy of an error from goalkeeper Adrian, put Atletico in the driving seat and Alvaro Morata’s late goal piled on the misery.

It was an unlikely victory for the Spanish side having spent long periods of the game defending on their edge of their own box, with goalkeeper Jan Oblak enjoying an incredible match in goal.

But Simeone believes the Reds were unlucky to be disadvantaged by the away-goals rule, having played for a shorter time at the Wanda Metropolitano.

“It is unfair Liverpool had 30 minutes less to score away goals,” the Argentine said.

After Jurgen Klopp had bemoaned Atletico’s defensive style of play in his post-match interview, Simeone was asked what he felt about his team’s philosophy.

He replied: “To win. With all our soul.”