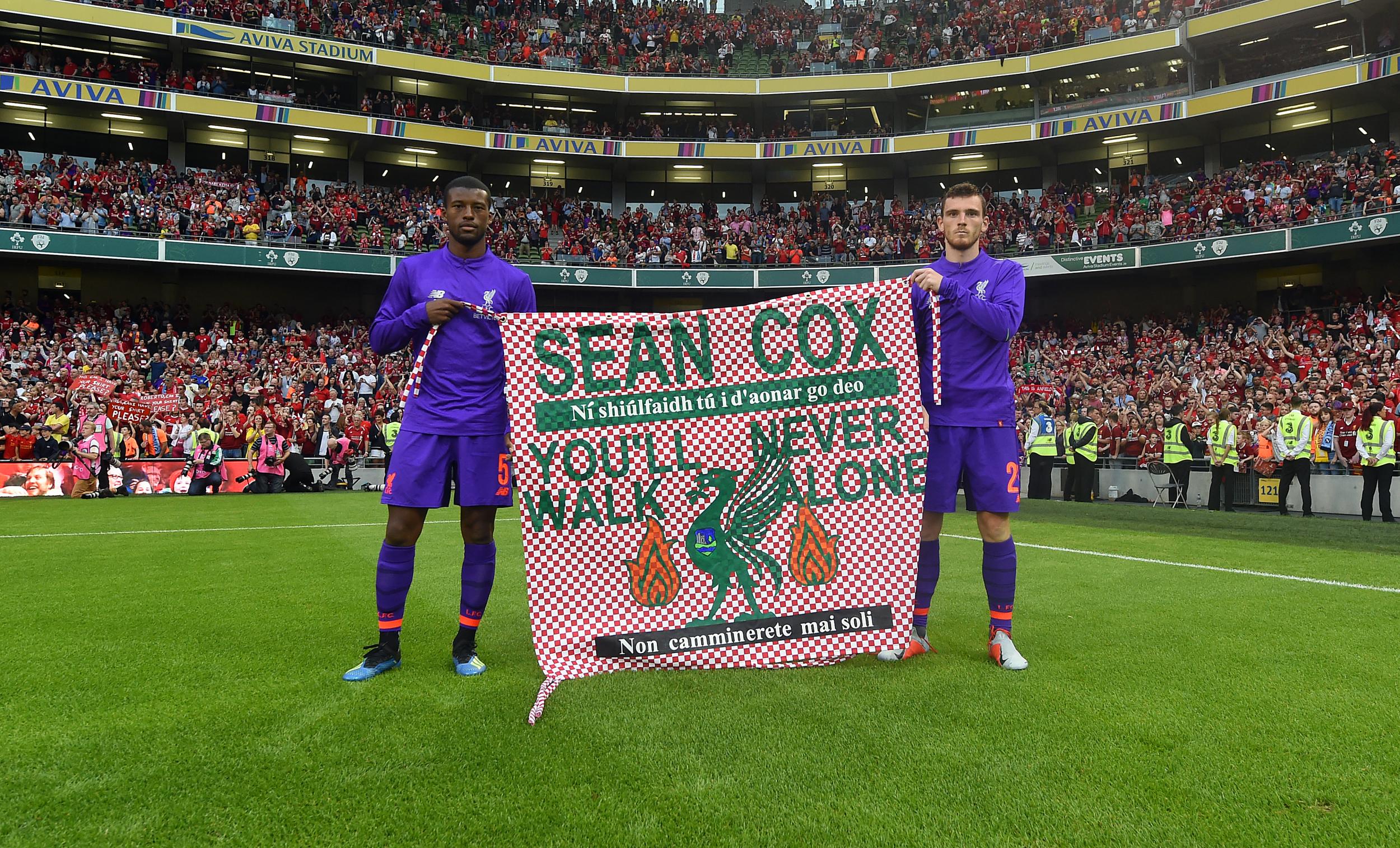 Liverpool fan Sean Cox has now returned home, nearly two full years after being left in a coma following an attack outside Anfield.

Cox suffered serious head injuries after being attacked before Liverpool’s Champions League semi-final tie against Serie A side AS Roma in April 2018.

He underwent 18 months of treatment in Ireland and also spent time at a specialist neurological facility in the north of England.

However, the Cox family have now been reunited at their home in Dunboyne, Meath.

“This is a day we as a family have been looking forward to for a long time,” said Martina Cox, Sean’s wife.

“While Sean still has a long road to travel, having him home with us is an incredibly important step as we come together as a family unit again.

“I can’t thank enough those who have helped Sean along the way over the past two years. Without a doubt this support has made today possible.

“In particular, I would like to thank the incredible staff in Marymount Care Centre in Lucan for the care and support they have provided to Sean over the past number of months.”