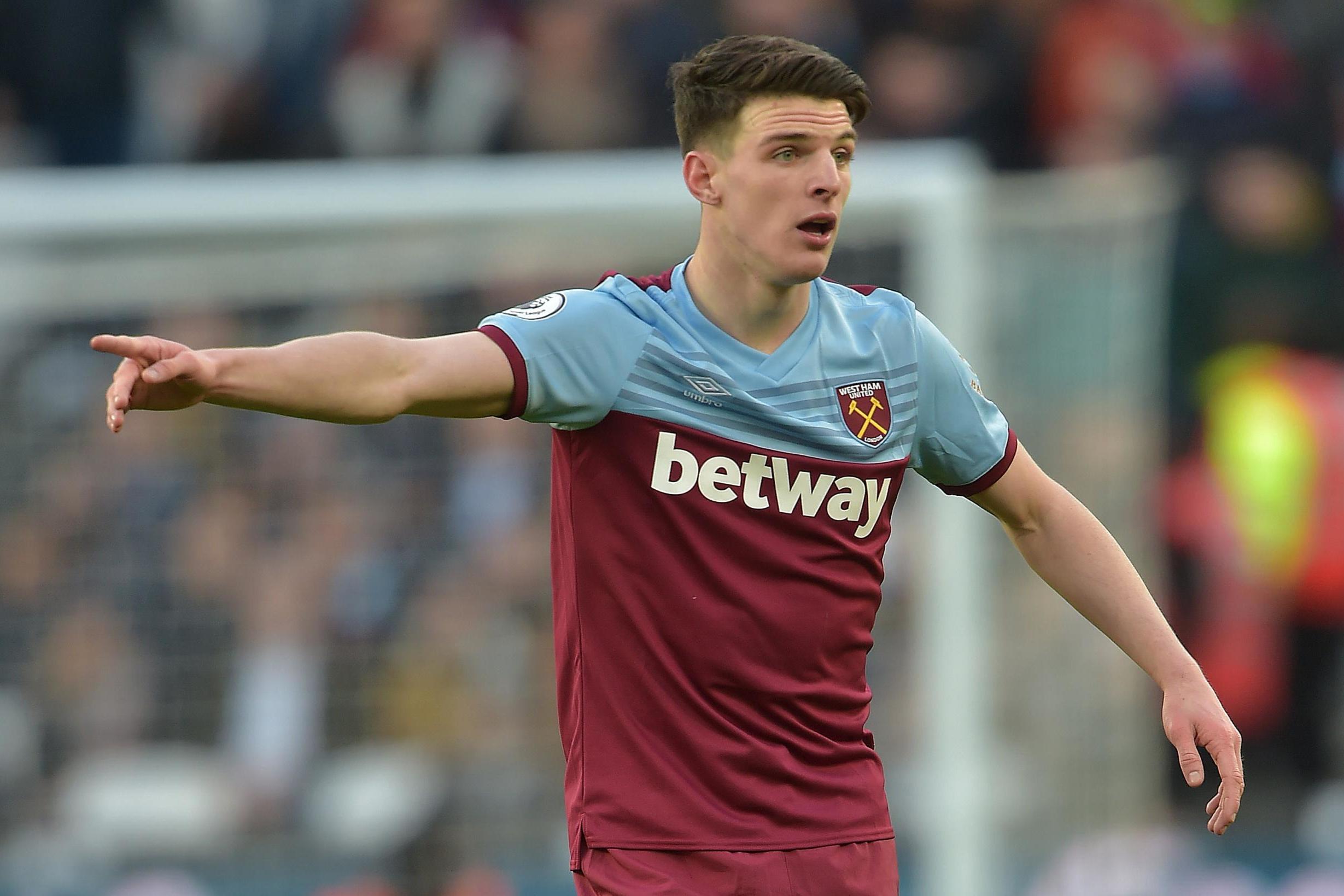 With no on-pitch action to enjoy, we will keep you up to date with all the latest transfer news in relation to the Covid-19 outbreak.

Spurs are reportedly looking at the free transfer market in order to bolster their attacking options and strength at right back.

The Daily Express reports that the likes of forwards Olivier Giroud, Dries Mertens and Daniel Sturridge are all under consideration, along with Belgian right back Thomas Meunier.

Good news for Arsenal fans this morning with reports that Barcelona no longer consider Arsenal captain Pierre-Emerick Aubameyang as their top choice to bolster their attack this summer.

The Catalan giants are long-time admirers of the Gabon international, but the Daily Star report that they are now focussed on bringing Inter Milan’s Lautaro Martinez to Camp Nou instead.

Aubameyang’s contract is due to expire next summer, and he has also been linked with a move to Manchester United.

Chelsea have been given the chance to sign the former Liverpool star, with Barcelona ready to cut their losses on the Brazil international.

Coutinho has struggled to establish himself at Camp Nou following his £142million move from Anfield in 2018.

The Mirror reports that Coutinho, who has spent this season on loan at Bayern Munich, is attracting interest from Chelsea, but the Blues would prefer a loan deal for the 27-year-old.

It would appear that Ighalo’s ‘dream’ move to Manchester United is about to get a whole lot better, with the Mail reporting the Nigerian striker is set to join the club on a permanent deal.

He arrived on transfer deadline day on loan from Chinese Super League side Shanghai Shenhua, with that temporary deal set to expire on May 31st.

With the Premier League season halted by the ongoing coronavirus pandemic, United were expected to try and negotiate an extension to Ighalo’s loan.

But Shanghai Shenhua are willing to sell the player for £15million – and option that is apparently very attractive at Old Trafford.

Rice was released by Chelsea as a youth player before signing for the Hammers, and now the Blues want to bring him back to West London.

Sky Sports report that Frank Lampard is keen to sign Rice, who has four years remaining on his current deal at West Ham, to reunite him in midfield with close friend Mason Mount.

Pogba told to rejoin Juve where he would be ‘reborn’

Manchester United midfielder Paul Pogba would be “reborn” should he return to Juventus, states Claudio Marchisio.

Pogba’s long-term future is entirely up in the air, last playing for United in December and making just seven league appearances this season alongside an abundance of rumours pointing towards his exit.

Manager Ole Gunnar Solskjaer early in March came to the defence of the highly scrutinised Frenchman, revealing he expects the enigmatic 26-year-old to be at Old Trafford for years to come.

However, former Juventus midfielder Marchisio believes Pogba – who played for the Italian giants between 2012 and 2016 after transferring from United – would prove an excellent acquisition.

On Pogba’s potential return, Marchisio told Tuttosport​: “I would be very happy. I told him that he was wrong to go to Manchester and that if he really wanted to change he should choose Spain.

“Having said that, his return would be extremely positive; Paul would be reborn in the environment he loves and looks after him most.

“And he would give Juventus a lot as they need someone like him in the middle. He is a great professional.”

Mikel Arteta will make some big changes to his Arsenal squad this summer, according to football.london, who report five players will be moved on as part of the Spaniard’s rebuild in north London.

They report Shkodran Mustafi, Sokratis, Sead Kolasinac, Mohamed Elneny and Henrikh Mkhitaryan will all be told they are no longer part of the manager’s plans.

Barcelona plan to swoop for Aymeric Laporte if Manchester City’s transfer ban is upheld, according to Mundo Deportivo.

Barcelona appear to have given up on Samuel Umtiti.

AS report the Catalants have told clubs they are ready to listen to offers this summer, with his persistent knee problems giving the club little choice but to offload and seek a more reliable option at the back.

The report names Arsenal as an interested party, while Manchester United have also been credited with interest in the past.

While Bruno Fernandes has been an instant hit in the Premier League, two more recent Sporting Lisbon exports have struggled on these shores.

Adrian and Islam Slimani both made the move from the Portuguese capital to Leicester where they struggled to make an impact and according to O Jogo, both could return to the Portuguese side this summer.

Adrien and Slimani are both currently on loan at Monaco.

The publication claims the striker is among the list of priority targets at Old Trafford after a stunning debut campaign in France, scoring 18 times in 38 games.

United in the hunt for ‘next Verratti’

The midfielder, likened to current PSG metronome Marco Verratti, is also wanted by a host of other European elites with the report adding Juventus and Barcelona are the current front runners.

Leicester full-back Ben Chilwell is interested in joining Chelsea this summer, according to Goal.

However, the Blues face an uphill task in agreeing a fee with the Foxes who will demand a huge fee for the England international – one similar to the £80m Manchester United paid for Harry Maguire last summer.

Chelsea have alternative options on their shortlist, such as Porto’s Alex Telles and Getafe’s Marc Cucurella, but Chilwell remains Lampard’s primary option.

Arsenal and Liverpool are among the clubs who have been monitoring Eintracht Frankfurt defender Evan Ndicka.

Sky SPorts report Valencia, Sevilla, AC Milan and Inter are also among the sides tracking the France Under-21 international.

Chelsea are interested in bringing Declan Rice back to west London, according to Sky Sports.

Rice was released by the Blues as a 14-year-old, joining West Ham were he has progressed as a key member of the first-team.

But with Frank Lampard eager to reinforce his midfielder, Chelsea could look to tempt him back if the summer transfer window goes ahead.

He would not come cheap, however – Rice has four years left on his West Ham contract and the option of a further year’s extension.

Rio Ferdinand says Philippe Coutinho would have been a perfect signing for Manchester United… had they not already signed Bruno Fernandes.

United were among the clutch of clubs heavily linked with a move for the Brazil playmaker last summer and Coutinho could be on the move again this year with Bayern Munich unlikely to activate their option to sign him from Barcelona.

Speaking on Instagram, Ferdinand insisted Coutinho can find his feet in the Premier League again… just not at Old Trafford.

“But since he’s left Liverpool, he hasn’t really done it yet.

“He struggled at Barca, struggled to fit in there, and then he hasn’t done amazingly well at Bayern. So I don’t know man.

“I think he’s a great player, huge talent, I think he needs saving to be honest with you.

“Coming to the Premier League, to the right team, is the saviour for him, I think he needs that.

“I would have said Man United, yes, before Bruno Fernandes turned up, but not now.”

Hargreaves urges United to look beyond Bellingham this summer

Owen Hargreaves believes Manchester United should be focusing on signing players ready-made for the first team rather than prodigious talents like Jude Bellingham.

United are desperate to sign the Birmingham youngster with Borussia Dortmund in the running. But Hargreaves believes someone like Leicester’s Wilfried Ndidi fits the bill better for this coming summer transfer window.

“Bellingham is 16 or 17, he’s going to be a super player but you need someone right now.

“I think they need a [Wilfried] Ndidi type, a defensive sitter. If you have [Paul] Pogba and Fernandes then I think you need a defensive one there.

“I think they also need a left-sided centre-back.

“They have Lindelof, Maguire, Bailly but a left-sided centre-back would make a big difference.”

Willian to Spurs gets seal of approval


The rumours surrounding Chelsea forward Willian making switch across London to Tottenham are heating up and former Spurs goalkeeper Paul Robinson would certainly welcome the move.

Speaking to Football Insider, Robinson said: “It would be a good signing. I think it is a player who Mourinho knows well. I would be surprised if Chelsea let him go because he is a top player.

“Spurs have a lot of attacking midfield players and he fits that bill as to what they have already got. There would have to be a few outgoings but that is a manager putting his stamp on a squad.

“Implementing the changes and getting the players he wants. Mourinho was brought in for a reason and Spurs will have to let him do that to an extent.

“There would have to be outgoings first to make room. He is very similar to what they have already got.”


Romelu Lukaku – who signed for Inter Milan last summer – would have joined Juventus had Paulo Dybala‘s deal with Manchester United not fallen through, his agent has revealed.

According to Sky in Italy, United were close to agreeing a swap deal for the strikers, with Dybala’s contract issues the only problem needing to be solved. Dybala and United failed to agree on personal terms, Lukaku instead opting for Inter.

“Lukaku is wearing the Inter Milan shirt and not the Juventus one because Juventus didn’t end up finding an agreement between Dybala and Manchester United,” Pastorello said.

“Juventus had done an incredible job in trying to get him. They have been the best club for its organisation, but also trophies won. Every season it wins something. Lukaku at Juventus would have made many people happy.”


Arsenal are willing to do a deal with Roma over Henrikh Mkhitaryan, according to Corriere dello Sport.

The midfielder has spent the season on loan in Serie A to some success and Roma want to keep the player beyond the end of the season.

The sports daily report that a deal worth €17m has been offered, but Arsenal are holding out for closer to €24m.

One to keep an eye on.