Everton great, Joseph Yobo, has issued a word of motivation to his fans as Covid-19 continues to wreak havoc across the globe. 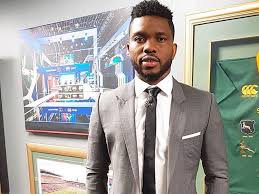 Apart from the beautiful game, educational, religious, social, and economic activities and several other institutions have been put on hold as a precaution against the spread of the virus.

As such, the joint-most capped Nigeria international has offered a message of hope to calm his followers during self-isolation.

“A gentle reminder that; the sun always shines after the storm. #Staysafe,” Yobo wrote on Instagram.

After Imama Amapakabo was shown the exit door, the Nigeria Football Federation turned to the Toffees’ legend as Gernot Rohr’s assistant.

As a player, the 39-year-old graduated to the senior national team in 2001 after bursting into the limelight at the 1999 U20 Fifa World Cup staged in Nigeria.

Yobo, a veteran of six Africa Cup of Nations finals and three Fifa World Cups, went ahead to garner 101 caps for the three-time African champions before drawing the curtain on his international career in 2014.

Leroy Sane has told Manchester City he will not sign contract...