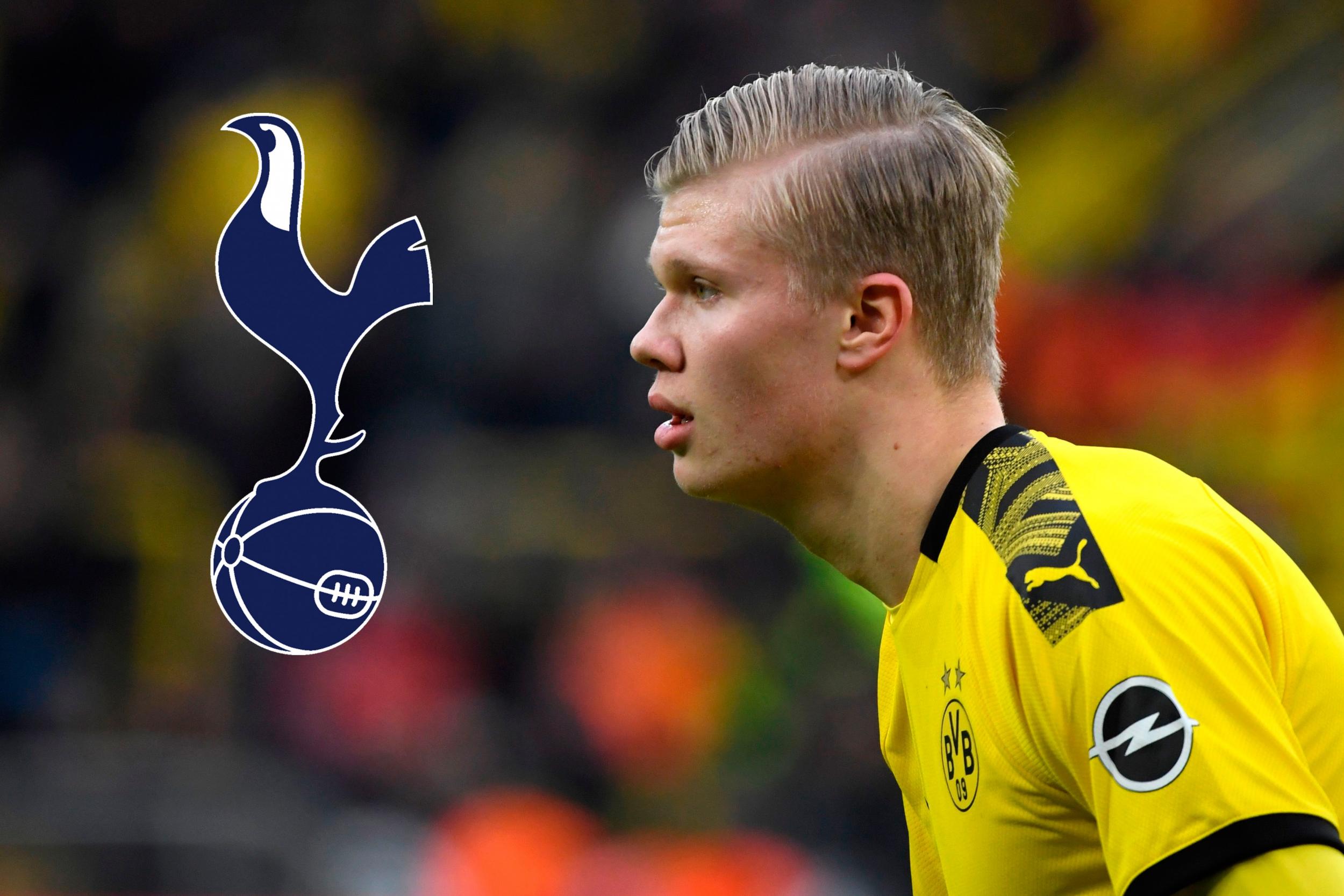 Tottenham have been linked with a bold move for one of Europe’s hottest properties: Erling Haaland.

The striker only recently moved to Borussia Dortmund, having impressed the whole of Europe with his performances in the Champions League with RB Salzburg, scoring eight goals in six group games.

He picked up in Germany where he left off in Austria, with 12 goals in 11 games for his new club since arriving in January.

Reports in Italy claim Spurs have joined the long list of admirers for Haaland, with Jose Mourinho plotting a bid for the young striker.

So, how would he gets on in north London? We fired up Football Manager 2020 to find out…

Jose Mourinho, as in real life, set up with a 4-2-3-1 with Harry Kane supported by Lucas Moura, Dele Alli and Heung-min Son.

So, no place for Erling Haaland in his starting XI.

In fact, Tottenham’s front four were fearsome all season, contributing 64 goals between them as Spurs finished fifth in the Premier League.

Haaland made 22 appearances across all competitions, 10 of those starts, and contributed eight goals.

The youngster scored his first goal for the club in a pre-season friendly win at Charlton, also netting against AC Milan a few days later.

Haaland had to wait until October 30 for his first competitive goal, the first in a 2-0 win over Swansea City in the League Cup. He followed it up a month later against Paris Saint-Germain in the Champions League.

Tottenham finished fifth in the Premier League as Arsenal won the title, ending a 16-year drought to become champions.

A nightmare end to the season sealed Spurs’ fate, winning just three of their final eight games as they finished eight points behind fourth-placed Manchester United.

They were knocked out of the League Cup at the quarter-final stage to Southampton. Manchester City went on to beat Liverpool in the final.

Spurs reached the FA Cup final but were beaten by Liverpool, Roberto Firmino and Alex Oxlade-Chamberlain scoring either side of a Steven Bergwijn equaliser at Wembley. Haaland came on with 20 minutes to go but failed to make a difference.

Bayern won home and away in the Champions League last-16 stage to knock Spurs out of Europe.

The only other transfer business of note was defender Nicolas Cozza arriving from Montpellier for £6.25m. He made a handful of appearances.

Erik Lamela, who damaged his spine in January to effectively end his season, will join Bordeaux for around £11.5m in the summer.

Manchester United beat Arseanl 1-0 in the Europa League final, Paul Pogba scoring the only goal. Liverpool retained the Champions League with a 3-2 win over Juventus after extra time.

Bernardo Silva was named Player of the Year, with Dele Alli picking up young player of the season.