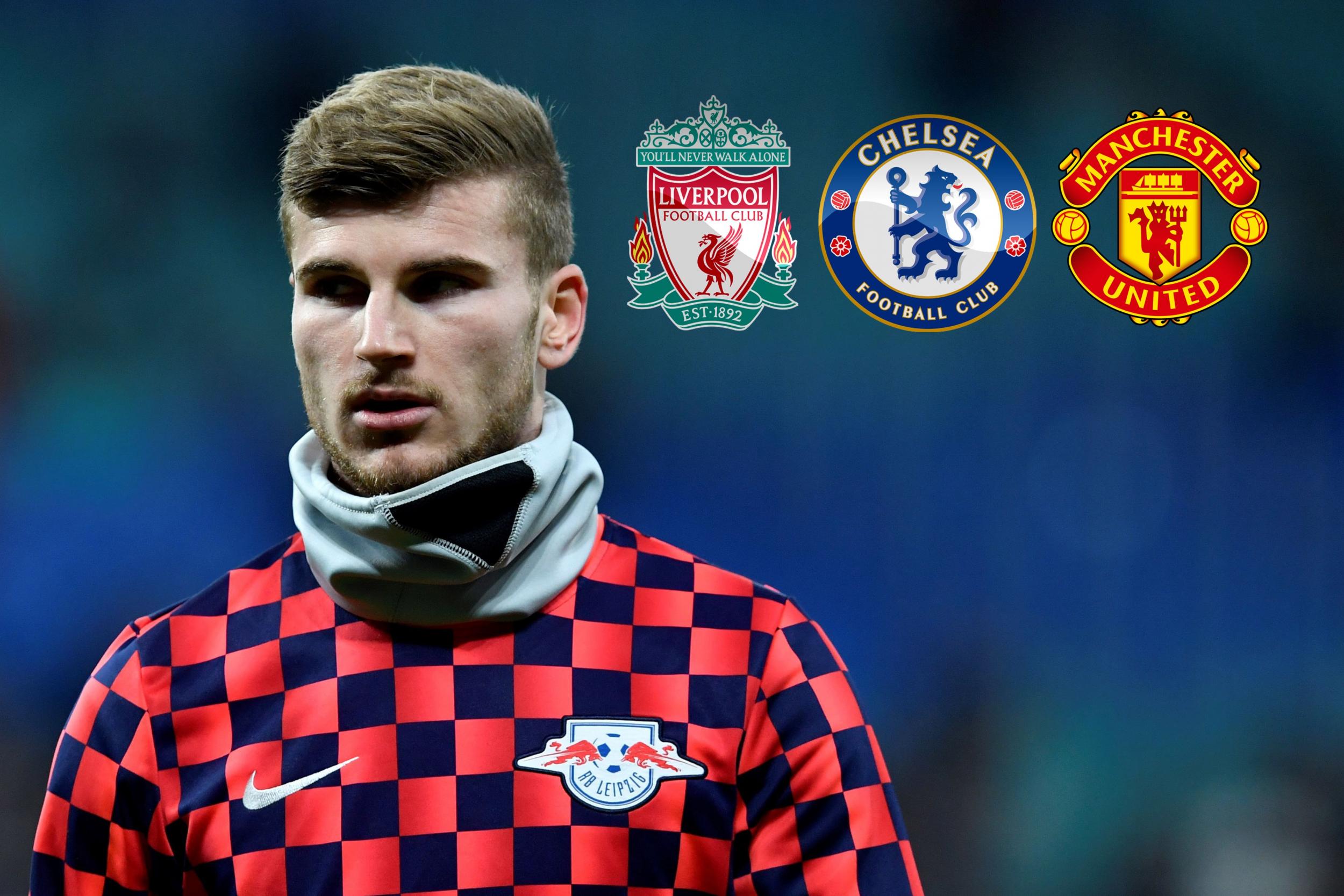 The future of RB Leipzig star Timo Werner continues to loom large during the transfer window, with Liverpool, Chelsea and Manchester United all linked.

Liverpool correspondent David Lynch says “the signs are good” at Werner will end up at Anfield, though competition for the player’s signature remains fierce.

Chelsea and United are also battling it out for Jadon Sancho, so that could impact on their interest in Werner.

So, where should Werner go? We loaded up Football Manager 2020 to find out.

Werner was supported by Christian Pulisic or Willian on the right wing, Mason Mount as the no.10 and Pedro or Callum Hudson-Odoi on the left.

The German was a huge success with 24 goals and eight assists across 48 appearances, 17 of those strikes coming in the Premier League. Pulisic was another star with eight goals and 11 assists from the wing, positional rival Willian adding similar stats.

Werner was named man of the match seven times and was a particular threat in the Champions League, scoring four goals and laying on two more in eight games as Chelsea were knocked out at the last-16 stage by Napoli.

A tough Premier League run-in saw Chelsea missed out on fourth place, and Champions League qualification on goal difference. Four defeats in the their seven games allowed Liverpool to pip in the final week. Chelsea went out of the FA Cup (third round) and League Cup (semi-finals) in a damaging January.

Werner’s form saw Michy Batshuayi quickly shipping out on loan to West Ham, where he performed very well, scoring 14 goals and 31 league games. Back at Stamford Bridge, Olivier Giroud made just nine appearances, and is on the transfer list, as Werner and Abraham shared the lone striker role.

Much like at Stamford Bridge, Timo Werner swooped in at immediately took the starting berth as a lone striker in the 4-2-3-1 under Ole Gunnar Solskjaer.

Werner racked up 28 goals and added a further 10 assists across 59 appearances, though was beaten in both categories by no.10 Bruno Fernandes’s remarkable 30 goals and 26 assists. Despite those stats, Fernandes’s Portugal team-mate Bernardo Silva was named player of the year.

The German’s arrival saw Marcus Rashford pushed out to the left wing, where we performed well with 16 goals and seven assists in 49 games. Anthony Martial struggled with injury for much of the season and made just 18 starts, though still provided eight goals.

United finished sixth in the Premier League, some 11 points off fourth-placed Arsenal, but will play Champions League football next season after beating the Gunners 1-0 in the Europa League final. Mason Greenwood scoring the only goal in one of just four appearance of the season.

It was almost a treble for United but Manchester City thumped them 3-0 in the FA Cup final after also winning a Manchester derby in the League Cup final on penalties.

Over at Anfield, Timo Werner was drafted into Jurgen Klopp’s 4-3-3, sharing the focal point of the attack with Roberto Firmino as he had to settle for a reduced role compared to Chelsea and Manchester United.

Werner made 39 appearances, nine less than at Chelsea and 20 less than United, but still scored 15 goals across all competitions. Again he impressed the most in the Champions League with five goals and two assists in six games.

Sadio Mane was the star of Klopp’s side, scoring 24 goals and providing 15 assists in 56 games. Mohamed Salah added 21 goals and eight assists in 57 games.

Interestingly, despite his plethora of attacking talent, Klopp still went into the transfer market for a forward and signed Odsonne Edouard from Celtic in a deal worth £29.5m. Edouard made 36 appearances, though only 12 were starts, and scored 15 goals which was more than Firmino’s 13.

Other transfer business included signing Nelson Semedo from Barcelona and Nicolas Tagliafico from Ajax in a double defender deal costing £65m. Semedo struggled to get a look in, but Tagliafico proved an astute addition.

The Reds also missed out on the FA Cup, Chelsea narrowly beating Liverpool in the final as Firmino missed a penalty. Paris Saint-Germain knocked them out of the Champions League in the semi-finals. City beat Chelsea in the League Cup final. The Blues had earlier, in the fourth round, knocked Liverpool out.