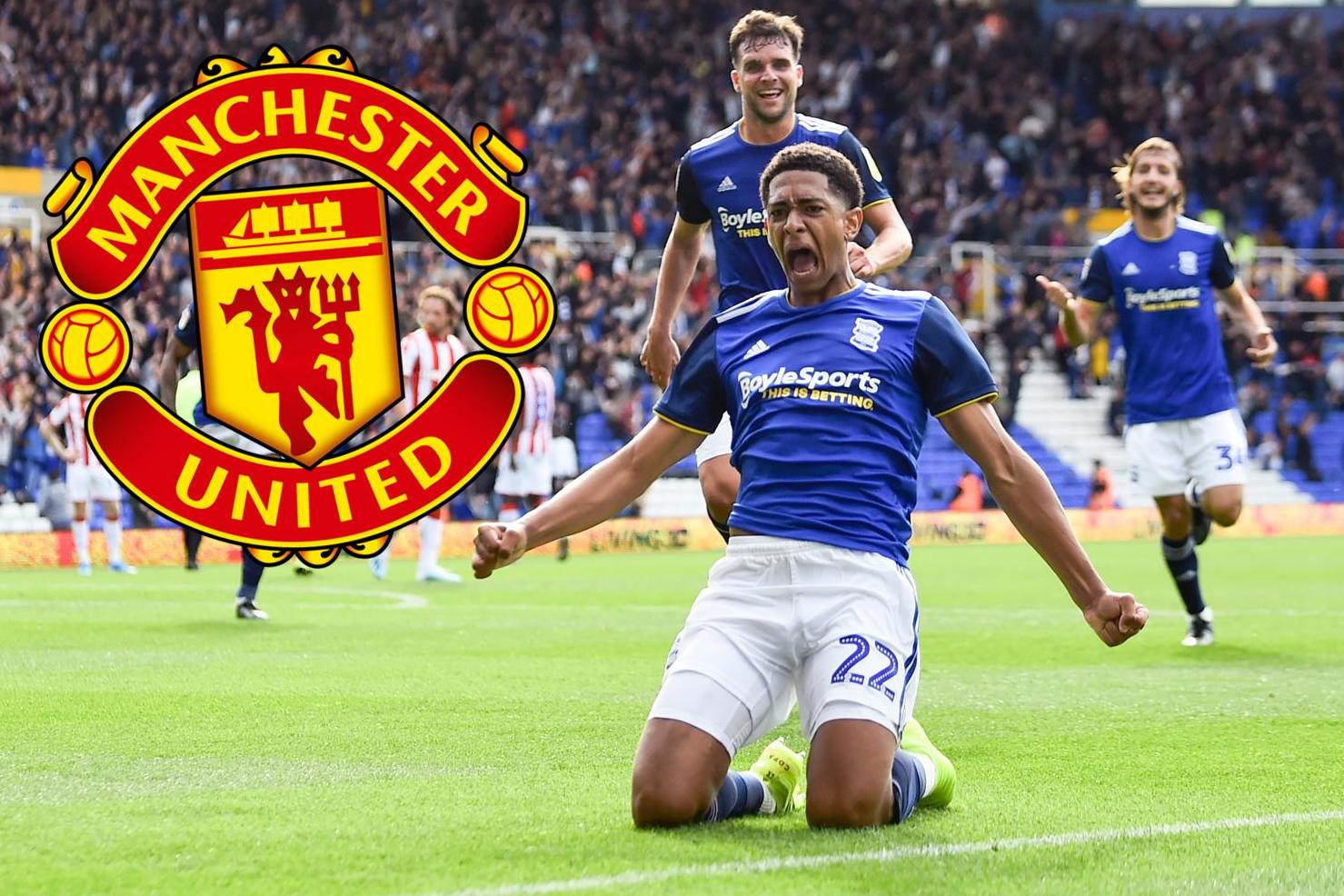 With no on-pitch football action to enjoy for a while yet, we will keep you up to date with all the latest transfer news in relation to the Covid-19 outbreak.

Thanks very much for joining us today – that’s just about it from us this evening.

We’ll be back bright and early with a fresh round-up of all the day’s transfer news and rumours.

Sierhuis: Liverpool move would be a dream

The Ajax academy graduate impressed on loan at Groningen during the first half of the season and had just earned a move to Stade Reims when the coronavirus outbreak halted all major European leagues.

“The Premier League has been a dream all my life. I love the English football culture, the full stadiums and the experience of a day going to football is the best thing there is.

“Liverpool has been my favourite club since childhood. It will be a dream to ever earn that.”

Chelsea have made an approach to Real Madrid over a deal to sign Achraf Hakimi, according to The Mirror.

The Moroccan international is on loan at Borussia Dortmund, where he has been a star this season, but the deal does not include an option-to-buy.

Chelsea are known to be in the market for a new left-back, and while Hakimi has mainly played at right-back – where the Blues have Reece James – he can play on the other flank, too.

Reports in Spain claim that Arsenal’s hopes of signing Thomas Partey are all but over, with Atletico Madrid set to announce that the midfielder has signed a new contract.

The five-year-deal will reportedly see the Ghanaian’s release clause rise to a whopping £92million release clause, enough to put off the Gunners, as well as several other potential suitors, including Manchester United.

The Argentine is due to become a free agent at the end of the season and has been linked with a summer move to Turin, but Calciomercato report that his wage demands have put off the Italian champions as they prioritise a move for Manchester United’s Paul Pogba.

Leicester to rival Arsenal for Edouard?

Leicester were linked with a move for Celtic’s lethal forward Odsonne Edouard in January, and despite the fact that Arsenal have reportedly entered the race ahead of the summer window, the Foxes could still be in contention.

That’s according to Leicestershire Live, who say Brendan Rodgers is in the market for a long-term successor to Jamie Vardy this summer. Much could depend on what happens with the rest of this season and subsequent Champions League qualification.

The Mail say that Everton have held further talks with Lille over Brazilian defender Gabriel Magalhaes.

The 22-year-old has been linked with Premier League rivals Wolves and Leicester, as well as Italian giants AC Milan.

However, the report claims the Toffees are hopeful of having a £28m deal in place by the time the transfer window opens this summer.

According to Marca, the Gunners tried to sign the Colombian star in 2019 only to see their offer rejected by Real president Florentino Perez.

But the report claims the north London side remain interested in capturing the 28-year-old, who has barely featured for Madrid this season despite his high salary.

They could face competition from Everton, given Rodriguez’s close relationship with Carlo Ancelotti, but it remains to be seen whether the Toffees could match his wage demands.

Martin Braithwaite’s transfer to Barcelona in February was one of the most controversial in recent times after they were given special dispensation to sign him outside the transfer window from Leganes.


Incredibly, however, there are reports in  the Catalan giants are already looking to offload the Dane just two months after signing him for €18m.

Diario Sport claim the Blaugrana are keen to make a profit on the 28-year-old and there is sufficient interest, with West Ham and Everton both monitoring the situation.

Chelsea duo Olivier Giroud and Pedro are being targeted in a double free transfer swoop from Serie A outfit Lazio.

That’s according to Spanish daily AS, who say the Italian side want to bolster their squad with some experienced heads and believe the Blues’ pair – both out of contract on June 30 – would be ideal additions.

Giroud, 33, came close to sealing a move to Inter Milan in January but Lazio were also interested, while Pedro seems certain to leave as a result of the impending arrival of Hakim Ziyech at Stamford Bridge.

Barcelona will be boosted by the news that Marc-Andre ter Stegen is set to ignore interest from Bayern Munich and renew his contract.

According to Marca, the Bundesliga giants want the Germany international to replace Manuel Neuer in the long-term, with Ter Stegen’s current deal set to expire in 2022.

But the 27-year-old, rated as one of the best stoppers in the world, is “happy” with life in Catalonia and wants to continue at Camp Nou.

Liverpool winger Xherdan Shaqiri is reportedly a target for both Sevilla and Roma this summer, according to Football Insider.

The 28-year-old was on the periphery of the Reds first-team due to injuries and form of team-mates in his position, leading many to suggest the Swiss could leave Anfield.

And there will be no shortage of admirers, as the report states Sevilla, Roma and CSKA Moscow are all monitoring the situation, with Liverpool hoping to recuperate some, if not all, of the £13m they paid to sign him from Stoke City back in 2018.

Manchester United may have to brace themselves for another approach from Juventus for Paul Pogba this summer amid reports in Italy that Juventus are preparing a swap deal.

Tuttosport report that the Bianconeri are prepared to hand over a £55 million fee plus one of Paulo Dybala or Miralem Pjanic in exchange for the World Cup winner.

It remains unlikely United would consider such an offer, given their intention to keep Pogba at the club this summer. But never say never…

We mentioned earlier that reports in Spain suggested Real Madrid were planning an overhaul of their squad this summer.

And according to Mundo Deportivo, the LaLiga giants have already found a replacement for Luka Modric – by recalling Martin Odegaard from his loan spell at Real Sociedad.

The 21-year-old has been in fine form for the Basque outfit, scoring seven goals and registering seven assists.

With Modric, 34, potentially on his way out, it is claimed Zinedine Zidane sees Odegaard as an adequate replacement.

According to 90min‘s report, the Red Devils have warded off competition from Europe’s elite to snap up Birmingham City sensation Jude Bellingham.

The 16-year-old, who has emerged as a key player for the Blues this season with four goals in the Championship, has been targeted by United and Borussia Dortmund, with rumoured interest from Barcelona and Real Madrid.

And the report claims United are confident they have won the race to capture the teenager ahead of a summer move, with Bellingham supposedly poised to become one of the highest-paid teenagers in the world.

Philippe Coutinho’s future is often a hot topic of conversation in the transfer market, and the Brazilian could have been playing in the Premier League this season had things gone a little differently.

Tottenham, Chelsea, Arsenal, Manchester United and his former club Liverpool have all been linked in some shape or form with the 28-year-old after his unsuccessful stint at Barcelona.

But according to The Mirror, Coutinho’s proposed loan switch to Spurs fell through not because of financial difficulties – but because Mauricio Pochettino was not keen on signing him.

The player’s agent, Kia Joorabchian, revealed the deal “did not collapse for financial reasons”, with the report claiming it was Pochettino who vetoed the deal.

Coutinho joined Bayern Munich in the end but is unlikely to seal a permanent move to stay with the Bavarian giants.

Reports in Spain claim Inter Milan striker Lautaro Martinez is attracting interest from Chelsea and Manchester City – but they face face a fight with Barcelona to secure his signature.

Diario Sport report the Catalans are keen to sign the Argentina star as a long-term replacement for Luis Suarez.

But Chelsea and Man City also remain interested, with City looking to replace Sergio Aguero, who has made clear his desire to return to his native Argentina when his contract expires.

However, it remains to be seen whether Inter would entertain the sale of their prized asset, with the 22-year-old likely to cost in excess of £100 million.

Merson: I’d be shocked to see Ighalo walk away from Man Utd

Paul Merson has said he would be “shocked” to see Odion Ighalo walk away from Manchester United in order to stay in China.

The 30-year-old striker has hit the ground running at Old Trafford with four goals in three starts, but there are doubts over whether the Nigerian will be able to extend his loan or sign a permanent deal with United.

Merson, speaking to Sky Sports, said: “I know he hasn’t played a lot of football but when he’s come off the bench and when he has got some game time, he’s looked class.

“It’s a hard decision Manchester United have to make regarding his future because if you give him a contract, can he perform again that next season?

“Everything’s gone right for him so far and if United do offer him a chance to stay, I’d be shocked if he walked away.”

Bonucci in, Stones out?

Manchester City have been linked with a move for Juventus defender Leonardo Bonucci and according to the Daily Star, his arrival could signal the end of John Stones’ time at the club.

The 25-year-old has made just 12 appearances in the Premier League this season and has fallen down the pecking order in terms of Pep Guardiola’s defensive options.

With speculation rife that City are interested in landing Bonucci, 32, it could lead to Stones heading out the door, with Arsenal one of the clubs credited with an interest in the England international last summer.

Arsenal midfielder Henrikh Mkhitaryan has given the clearest indication yet that he wants to stay at Roma after revealing he “prefers” their style of play.

The Armenian playmaker has spent the season on loan at the Serie A outfit after falling out of favour under Unai Emery. Now, the 31-year-old has revealed why he struggled under the Spaniard.

“The philosophy of Emery was different from Fonseca, but here I’m feeling much better because we’re playing better football and I think it matched me.

“I prefer Fonseca’s football because we’re playing very offensively, we’re trying to have the ball all the time here and of course I like this kind of game.”

Jose Mourinho hit with charge from FA over his comments about...