Management of Abia Warriors FC of Umuahia has confirmed that Charles Tambe who was shot by hoodlums on Friday morning in Ibadan is in a stable condition. 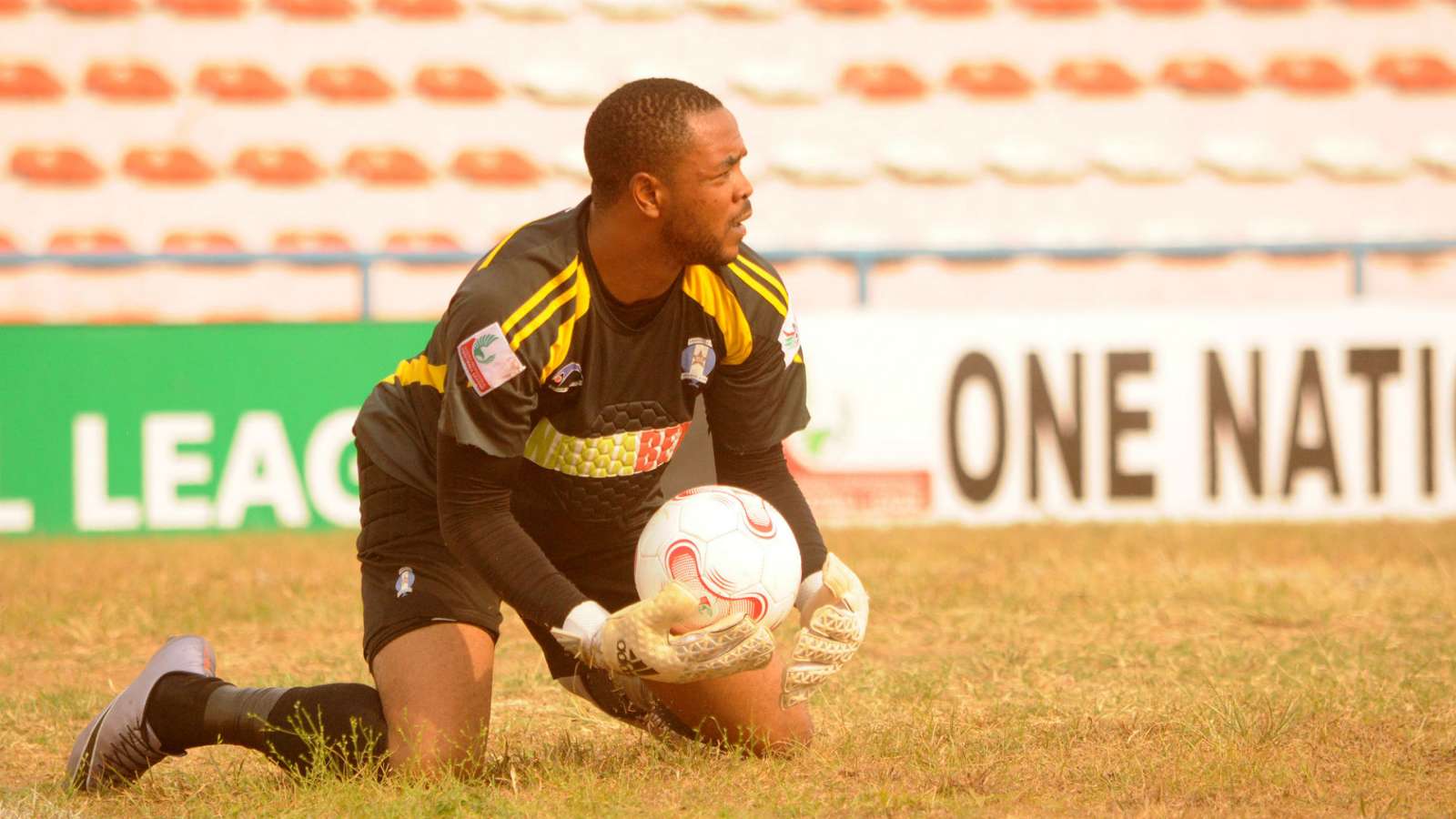 Confirming this to newsmen, the Club’s Sporting Director, Patrick Ngwaogu said the goalkeeper who was attacked by hoodlums while engaging in a personal walkout, is responding to treatment at the University College Hospital, Ibadan.

Quoting his words the Director said ” we have been monitoring situations at UCH Ibadan. I spoke with Tambe, and he is stable. They shot him towards his right hand with a local gun, but we are grateful to God the bullets just went through and didn’t pierce his body. The doctors at the hospital gave him urgent attention and put him on observations. He is in his normal high spirit, and hopefully, by Saturday, the Doctors will give us further directives”. He further assured football followers that there is no cause for alarm, as the management of Abia Warriors is fully on top of the situation.

Meanwhile, In the spirit of sportsmanship and brotherliness, officials of 3SC of Ibadan paid a visit to the Abia Warriors goalkeeper Charles Tambe at the University College Hospital, Ibadan.

The club rushed to the hospital on receiving the news. They said that he came to the hospital to show solidarity to the player, and ensure that he is adequately attended to considering the Pandemic in the country.

It will be recalled that Tambe was a former goalkeeper at 3SC before he later joined Abia Warriors from Lobi Stars at the beginning of the current season.

Troost-Ekong reveals what Nigeria must do in Freetown