Manchester United striker Alexis Sanchez is reluctant to give up his galactic wages to leave Old Trafford this summer. 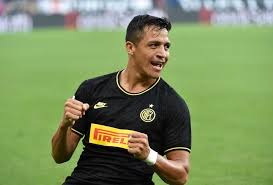 The London Evening Standard says the 31-year-old is reluctant to take a pay cut just to secure a move, despite it being made clear he is not in Ole Gunnar Solskjaer’s plans.

Sanchez still has two more years to run on a contract worth around £450,000-a-week, forcing Old Trafford’s hierarchy to weigh up their options as to how to handle their highest-paid player.

The forward has been on loan at Inter Milan this season, with United still paying a significant portion of his salary.

A permanent move to the Italian giants is believed to be his preferred option, but after an injury-hit campaign he looks likely to return to Manchester.

Another loan move could be the best solution for United, who would face having to top up his salary again.

Betting Picks: See The Games That Can Bring You Profit This...