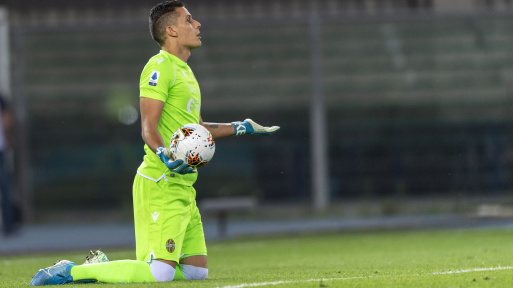 The 29-year-old, whose impressive displays have helped his newly-promoted side push for a top-half finish in Serie A, previously played in England for Leeds United.

He admits that he is flattered to be linked with moves to Everton, Southampton and Norwich City.

Silvestri said, “We players, even if we don’t give ourselves so much thought, we read and watch everything, it’s useless to deny it. It’s very nice to be approached by a great club.

“Now it’s too early to talk about it. Now there’s Verona and that’s all I think about.”