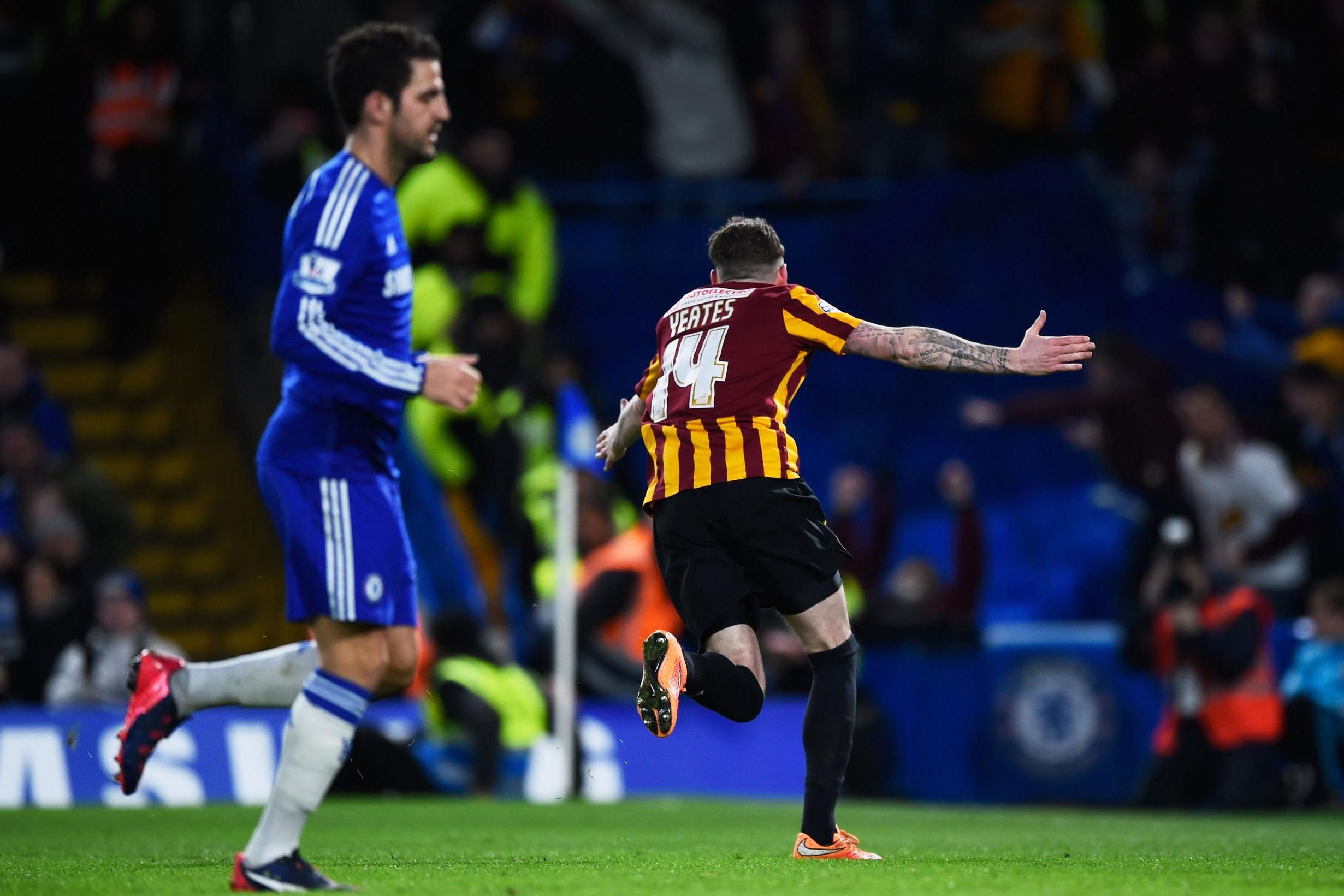 Former Bradford City striker Billy Clarke is raffling off a shirt worn by Cesc Fabregas during the Bantams’ famous 2015 FA Cup win over Chelsea to raise money for the NHS.

Clarke was part of the Bradford side that came from 2-0 down to win 4-2 at Stamford Bridge and swapped shirts with the Spanish midfield star after the game.

Along with his own match-worn jersey, Clarke is putting the memorabilia up for an online raffle, with the proceeds to be split between the Bradford Teaching Hospitals NHS Foundation Trust and the Trussell Trust, which has a foodbank branch in the city.

Clarke, now at Grimsby Town, is himself furloughed after the League Two club opted to use the government’s Coronavirus Job Retention Scheme to limit the financial impact of the football shutdown.

“Bradford is a city I live near and I have a real fondness for it. The people are nice, genuine people,” Clarke, who played 136 games and scored 26 goals in two spells at Valley Parade, told the PA news agency.

“Everyone knows Bradford isn’t an affluent area so when everyone is getting laid off or furloughed there might be people who are struggling to feed their families.

“I’ve had the shirts since the game and I planned on putting them up on the wall but I’ve got first-hand memories.

“If it helps all the charities and if it gives someone a smile that’s good enough for me and it’s the least I can do.

“Everyone knows how hard the people of the NHS work and the funding wasn’t and isn’t great. If I can make a small contribution and it helps only a handful of people that’s enough.”