Former Super Eagles left-back, Elderson Echiejile, has revealed that he struggled with injury at the 2010 FIFA world cup in South Africa. 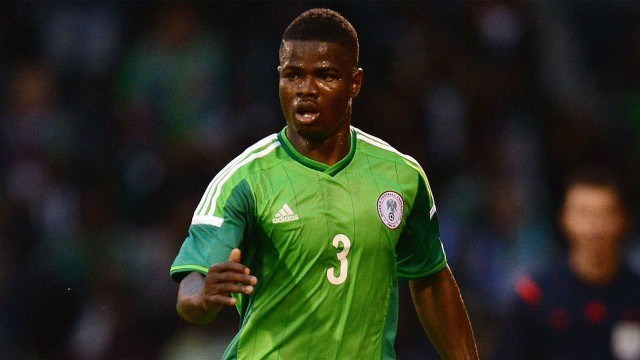 The former Bendel Insurance defender was named in the Super Eagles 23-man squad as a back up for Taye Taiwo at the first-ever world cup on African soil.

Echiejile made his world cup debut in Nigeria’s second group match against Greece after Taye Taiwo suffered an injury in the first match against Argentina.

Unfortunately, he got injured in the match against the Greeks, and he was forced to play through pain against South Korea when he replaced an injured Joseph Yobo at half time.

“In 2010 I was at the World Cup, and we had a Swedish coach Lars Lagerback who took over from Shuaibu Amodu, and at the end of the day we had preparatory games before the tournament,” Echiejile told the Super Eagles Media Team on Instagram Live.

“Most of the players might be tired, from one injury to another injury, but at the end of the day, we were able to have a fair tournament. It’s not easy in the World Cup to play three games, but we had a fair tournament.

“For we the young players it was a good eye-opener for us to get to see the world stage of football and it was something great, this is really the big stage.

“Injury didn’t allow me as a person to really enjoy the tournament, but that is football, you just have to accept it and move on which I did”.

The former Monaco defender was also part of the Super Eagles squad to the 2018 FIFA world cup in Russia. Still, he was unable to make an appearance in the competition as the Super Eagles crashed out in the first round.

Echiejile is currently without a club after leaving Finnish club, Helsingin Jalkapalloklubi in 2019 by mutual consent.

How To Avoid Getting Fat When Working From Home