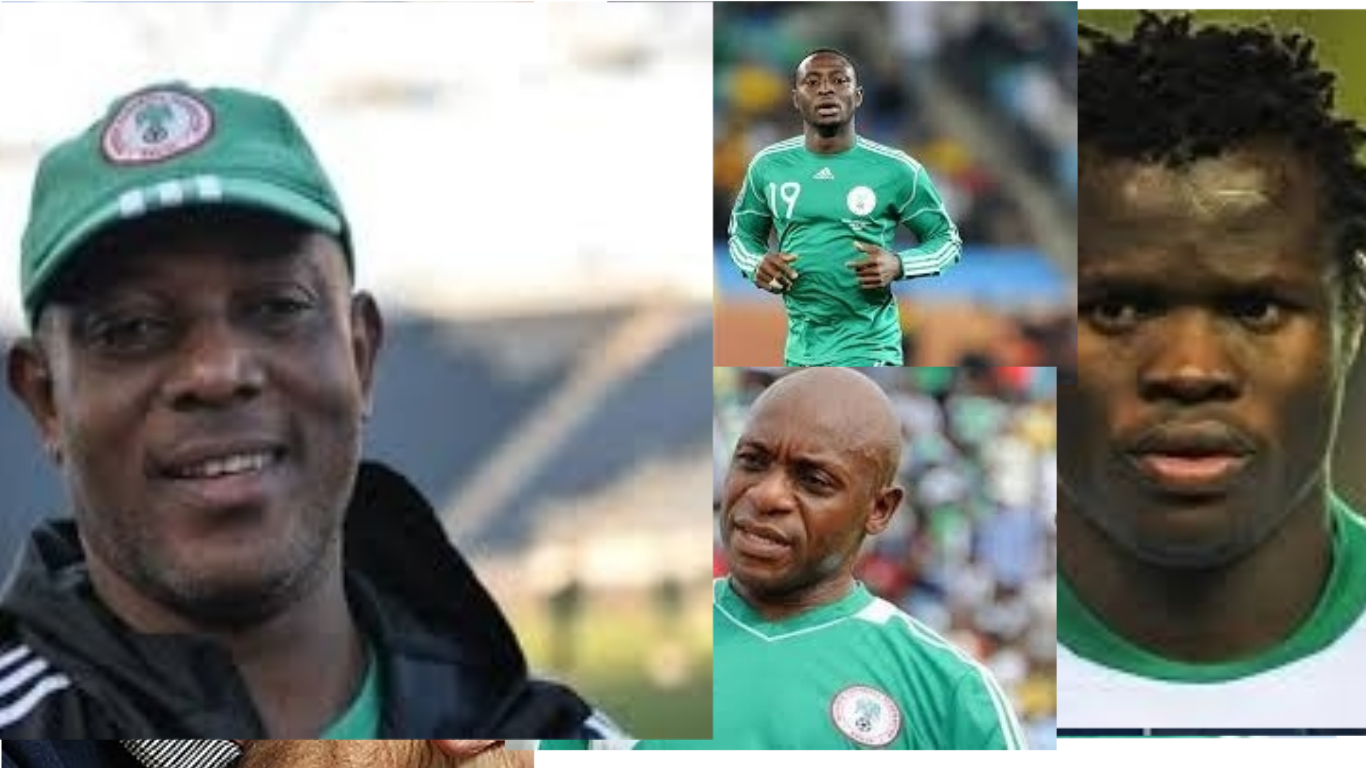 Both former national team players had raised dirty dust by accusing the late Super Eagles coach of asking for bribe from players.

Former Schalke 04 striker Obasi claimed he was denied a spot in Keshi’s list to the 2014 World Cup in Brazil because he refused to pay a bribe, while former Eagles left-back Taye Taiwo also made similar bribery claims lately explaining he was forced to leave the national team because of ‘Keshi’s dirty deals.’

In a separate publication, Obasi explained how his dream of playing in his second World Cup was shattered despite his fine performances in the Bundesliga during the 2013-14 season.

Shorunmu was the Super Eagles goalkeeper coach when Keshi was the manager of the West Africans and has lashed out at the 33-year-old for bringing up the case after the death of the chief coach.

“From 2014 to now, that’s six years, does it mean that Obasi is not in this world?” the former Besiktas shot-stopper told Goal.

“Before Keshi passed on why can’t he come out to say something about this? Why now six years after, I don’t understand. It doesn’t make sense.

“If something like that happened the player supposed to come out at that period when the person involved is still on the ground and they can investigate the matter maybe he collected a bribe or not.

“Now the person involved has died. Who do you want to investigate is it the player or the late coach?

“We don’t need to deliberate on this, let’s go for something positive that can move our football forward not this Obasi stuff. “

Shorunmu, however, feels the defender waited too long before bringing up the case, suggesting he could have made the comment because he was not involved in the team.

“Why can’t he come out at that time too? When some players are saying something like this they don’t think of the past or the future,” he continued.

“We too have played under several coaches and we have coached several players as well. Saying that he left the camp because of Keshi what was the problem he had with Keshi? He should be specific and state it.

“What is the dirty deal is he talking about. Does it mean because he was not in the team then the coach is dirty?”

Keshi’s other assistants Daniel Amokachi and Valere Houdonou had also reacted to Obasi’s allegation with the former Everton forward taking a similar position with Shorunmu.

“Why come forward with such now when the man in charge is no longer alive to answer it?” Amokachi said.