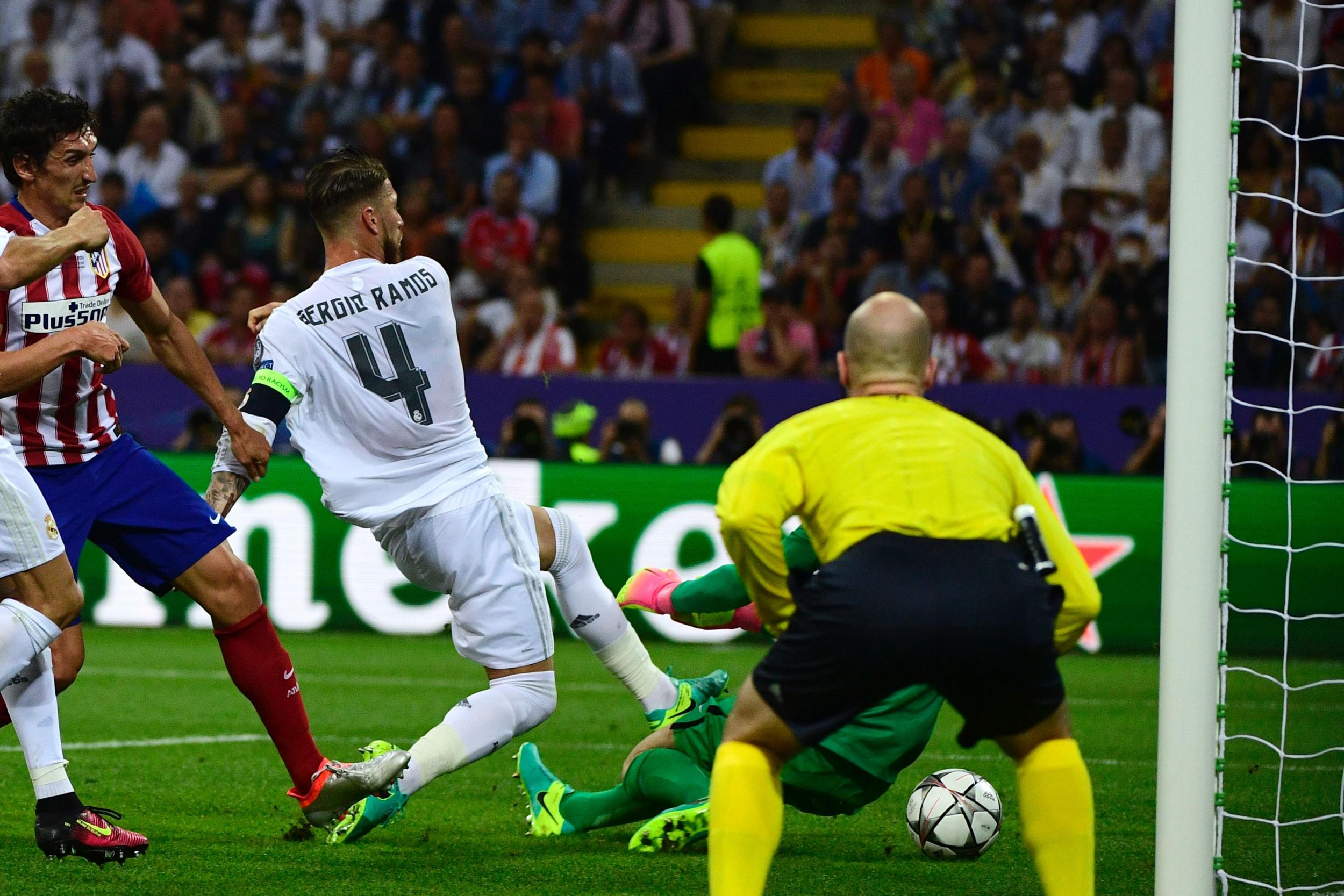 Referee Mark Clattenburg has admitted that Sergio Ramos’ Champions League final goal for Real Madrid against Atletico in 2016 was offside.

Ramos poked home from close range after Gareth Bale had flicked on a Toni Kroos free-kick in the showpiece fixture at Milan’s San Siro stadium and Los Blancos went on to win on penalties after the game finished 1-1.

There was no VAR at the time and Atleti fans have long since complained that the defender was in an illegal position when he scored the opening goal after 15 minutes.

“In that final Real Madrid went 1-0 up in the first half but the goal was slightly offside and we realised at half-time, Clattenburg wrote in his column for the Daily Mail. “It was a hard call and my assistant missed it.”

Clattenburg was discussing the most difficult players he had refereed and among them was not Ramos, but the Spaniard’s central defensive partner that night: Pepe.

“I gave Atletico a penalty early in the second half when Pepe fouled Fernando Torres,” he recalled. “Pepe was furious and said to me in perfect English: ‘Never a penalty, Mark.’

“I said to him: ‘Your first goal shouldn’t have stood.’ It shut him up.”

Antoine Griezmann hit the bar from the resulting penalty and although Atleti equalised late on through Yannick Carrasco, Madrid went on to prevail in the shootout and took home their 11th European Cup.