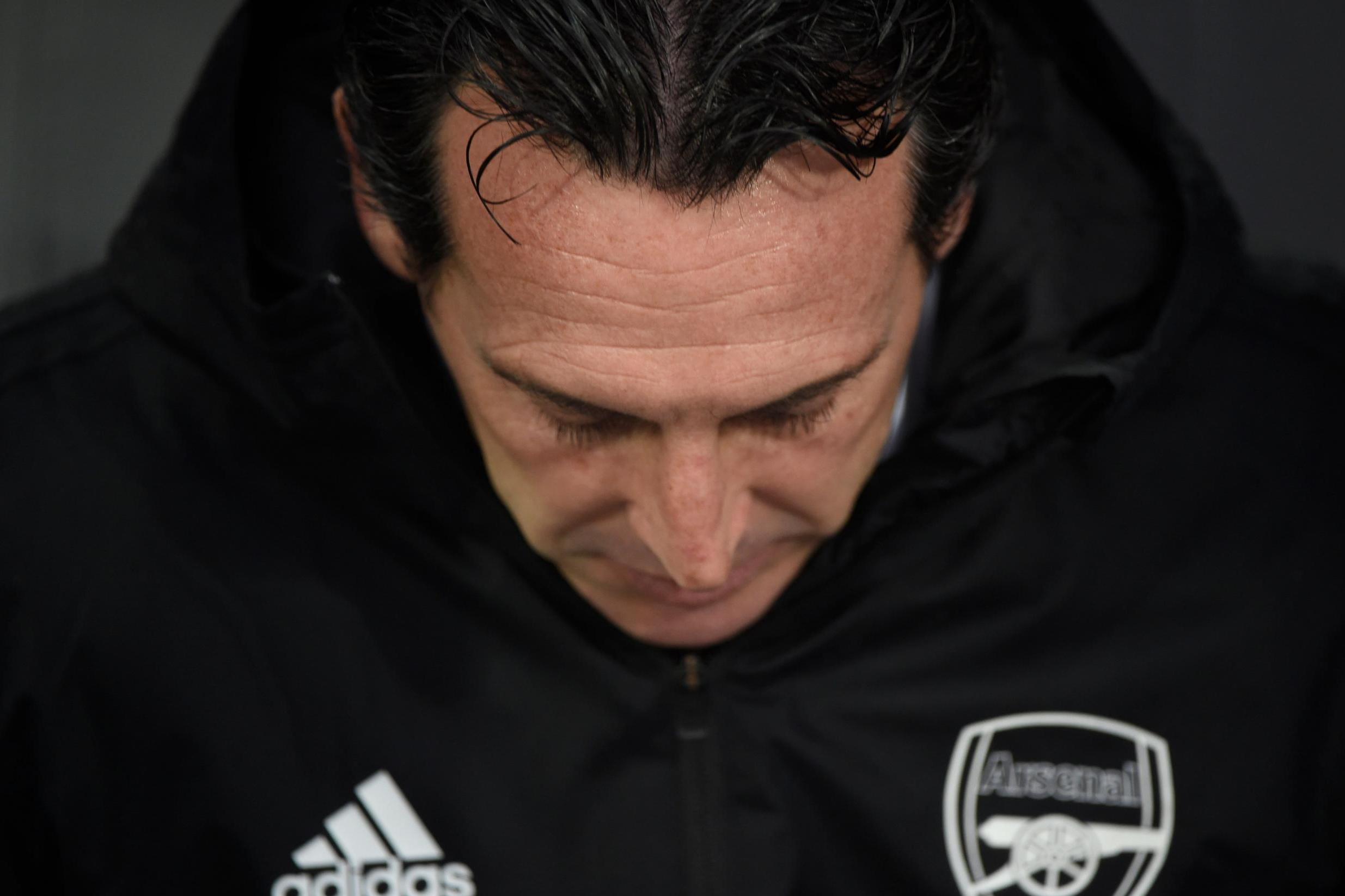 This was supposed to be a match that provided Unai Emery with answers to Arsenal’s mounting problems, but instead it left him with more questions.

Ahead of a crucial clash with top-four rivals Leicester City on Saturday, Arsenal travelled to Portugal this week looking for a victory that would end a run of one win in five games. However, in the end, they were made to settle for a fourth draw in a row, as once again they threw away a lead.

In reality, the Gunners were lucky to escape from Guimaraes with a point, as it was Vitoria who dominated this game and deserved to claim all three.

The fact Shkodran Mustafi’s 80th-minute headed goal was the Gunners’ only effort on target – Vitoria had 15 attempts before equalising in added time through Bruno Duarte – sums up how the scoreline could have been very different by the time the final whistle went.

Arsenal will undoubtedly qualify from their Europa League group – if Standard Liege lose to Eintracht Frankfurt tonight, they will book a place in the last-32 – but there are much greater concerns on the horizon for Emery.

Since the international break last month, Arsenal have been on a miserable run of form, winning just once in six matches, and Emery rolled the dice here to try to find answers.

Specifically, the Spaniard opted to go with a back-three for the first time since the Europa League Final in May, when Arsenal lost 4-1 to Chelsea in Baku. Emery’s decision is a sign of how he is desperately looking for answers to arrest a worrying dip.

There is certainly a logic in his plan to bring it back, chiefly that David Luiz has often flourished in a back-three – as he did when Chelsea won the Premier League title in 2017 – but with the personnel chosen last night, it failed to stop Arsenal throwing away a lead for the fourth match in a row.

So what’s the plan for Leicester City?

Emery is now left with the difficult decision of whether he sticks with it for Saturday’s trip to Leicester or reverts to a back-four.

Ahead of the defence, there are further problems. It has, perhaps, been lost in the criticism of Arsenal’s defenders and their ability to see out games that midfield is still a major problem area for Emery.

In the club’s last 10 games, the Spaniard has fielded the same midfield combination on just two occasions as he searches for a blend that clicks. At the moment, there is no balance in the middle and, at times against Vitoria, Joe Willock and Dani Ceballos were outrun and outnumbered.

That is having ramifications for Arsenal at both ends of the pitch. At the back, the defence is suffering from a lack of protection, while going ­forward, the likes of the usually lively Gabriel Martinelli were left isolated last night.

The fact Granit Xhaka, who was stripped of the captaincy following his angry confrontation with home fans, has not played since October 27 hardly helps Emery as he tries to find a combination that gives Arsenal the control they so desperately need.

Right now, their matches are like watching a basketball game — end to end and capable of changing in an instant.

If this match left Emery with more questions, then he should get answers against Leicester.

The defence, back-three or not, will be tested, with Jamie Vardy having netted eight times in his last eight League appearances against them.

The midfield, meanwhile, will have to cope with a Leicester engine room that contains the likes of James Maddison, Wilfred Ndidi and Youri Tielemans.

Pass that examination and Emery will know he has found solutions to the problems that are currently derailing this season. Fail, and it will be back to the drawing board for the Spaniard.