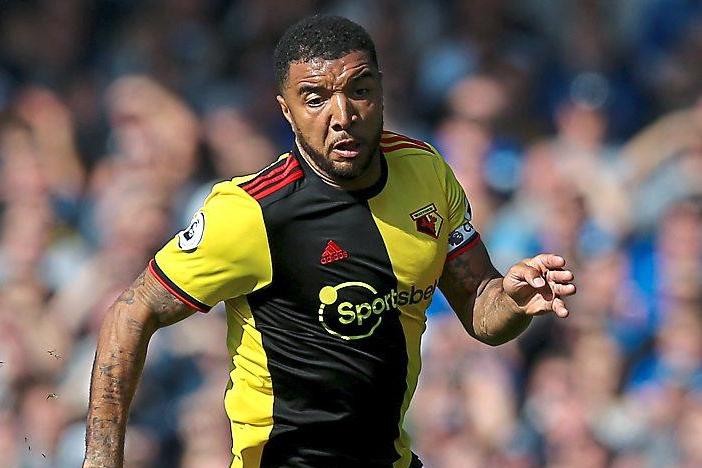 There could hardly be a better time for Quique Sanchez Flores to welcome Troy Deeney back into the fold for Watford.

The Hornets, bottom of the Premier League without a win this season and having scored fewer goals (six) than any other side in the top four English divisions, face a “cup final”-size clash with relegation rivals Norwich on Friday.

Flores, who returned to replace Javi Gracia two months ago, has been without a number of key figures since taking over, but none more influential than his captain.

Deeney returned to training this week following knee surgery which had seen him unavailable since August. The striker is likely to be named on the bench, having fought hard to beat predictions that he would not be fit until after the international break.

“He likes this kind of responsibility,” said Flores of Deeney. “Some other players will say, ‘I can wait for the future, after the break [to play again]’. But he wants to be in this bad situation for the team, he wants to be with us, he wants to support us and participate. He wants to be there.

“He knows the values of the club, the spirit and he represents all these things. You can see it in the way he trains and the way he goes for the task. We understand each other.”

Flores will also be hoping to call on senior figures such as Etienne Capoue and Jose Holebas, while summer ­signing Ismaila Sarr also returned to first-team training this week but is, perhaps, not quite ready to make a matchday squad.

With a run of games against sides in and around their position, Burnley and Southampton follow after the break, it is a timely boost to a beleaguered squad.

“We are all happy Troy is back,” said midfielder Abdoulaye Doucoure. “[He is] a very important player for us. It is important to have everyone back, good to have the players back for all the squad. Troy will be very important for us.

“Troy, during his injury, was always behind the team. He came to the ­dressing room and spoke a little bit. We are so happy for him to come back and help us. He will be one of the important players to help the team now.”

Flores has made certain that his squad are aware just how vital tonight’s meeting with Daniel Farke’s side could be for their season, though is urging his players to find a source of composure as they continue to search for that first win.

“They know,” said Flores. “We are talking about how significant and important it is, how it is like a cup final.

“I mean everything I say but to try and say [to them], ‘Play without nerves, be confident and relaxed in [making] good decisions’, it is difficult.

“I am not deflated, the players need to use me because I am really positive. Of course, I have been here for seven matches, they have that plus five of the last season and a final [FA Cup Final], plus I don’t know what, so I can understand [why] they are down. But I completely sure that the moment they win one match they can change everything.”

Chelsea transfer news: Why Alex Telles is a risk, according to...