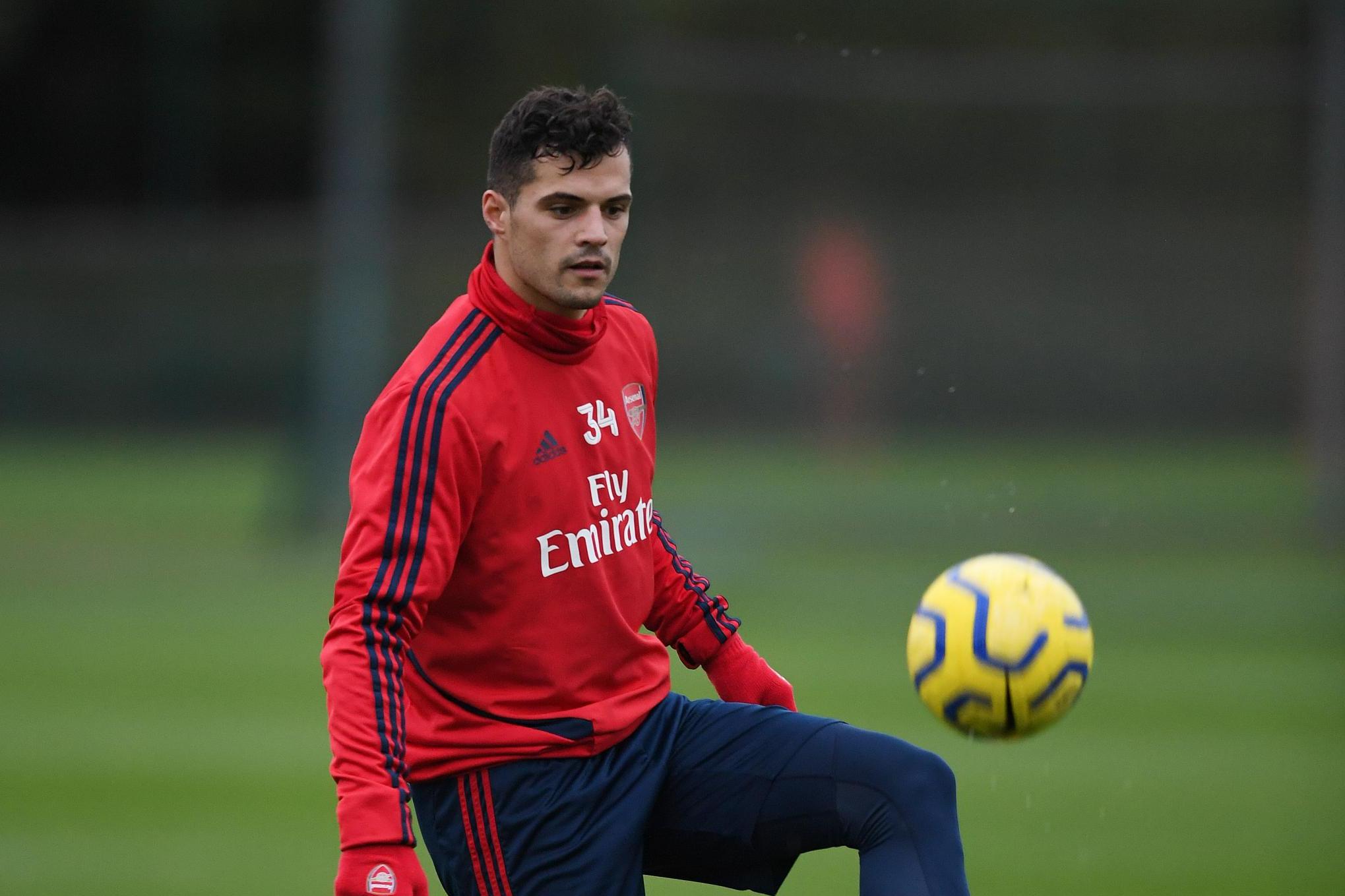 Unai Emery has confirmed Granit Xhaka will not feature for Arsenal at Leicester City on Saturday.

The 27-year-old has trained this week but is not ready to play as he comes to terms with the fall-out of being stripped of the captaincy following an angry exchange with fans against Crystal Palace almost two weeks ago.

Xhaka told supporters to “f*** off” as he was booed for leaving the field slowly with the Gunners chasing a winning goal at Emirates Stadium.

Pierre-Emerick Aubameyang was subsequently promoted to captain with Xhaka sitting out subsequent draws against Wolves and Vitoria Guimaraes.

Arsenal are six points behind Leicester in third and Chelsea in fourth but when asked whether Xhaka, who has been a key component of Emery’s team in recent months, would play, Emery said: “Not yet. I spoke with him on Tuesday for how he is feeling now and his mind because he is working and training well but he said to me it isn’t enough at the moment to play and we are going to wait.”

Pressure on Emery is growing after a series of disappointing performances but the Spaniard insisted he has not had any conversations with senior figures at the club beyond the usual daily exchanges.

“We are speaking about our process to continue working they didn’t show me some doubt,” he said.

Dani Ceballos will miss the game with a hamstring injury but Emery confirmed Mesut Ozil is set to continue his return to regular action, adding: “In the training he is helping and positive and I am thinking for him tomorrow to play.”

Who will win this weekend? Predict the results above!