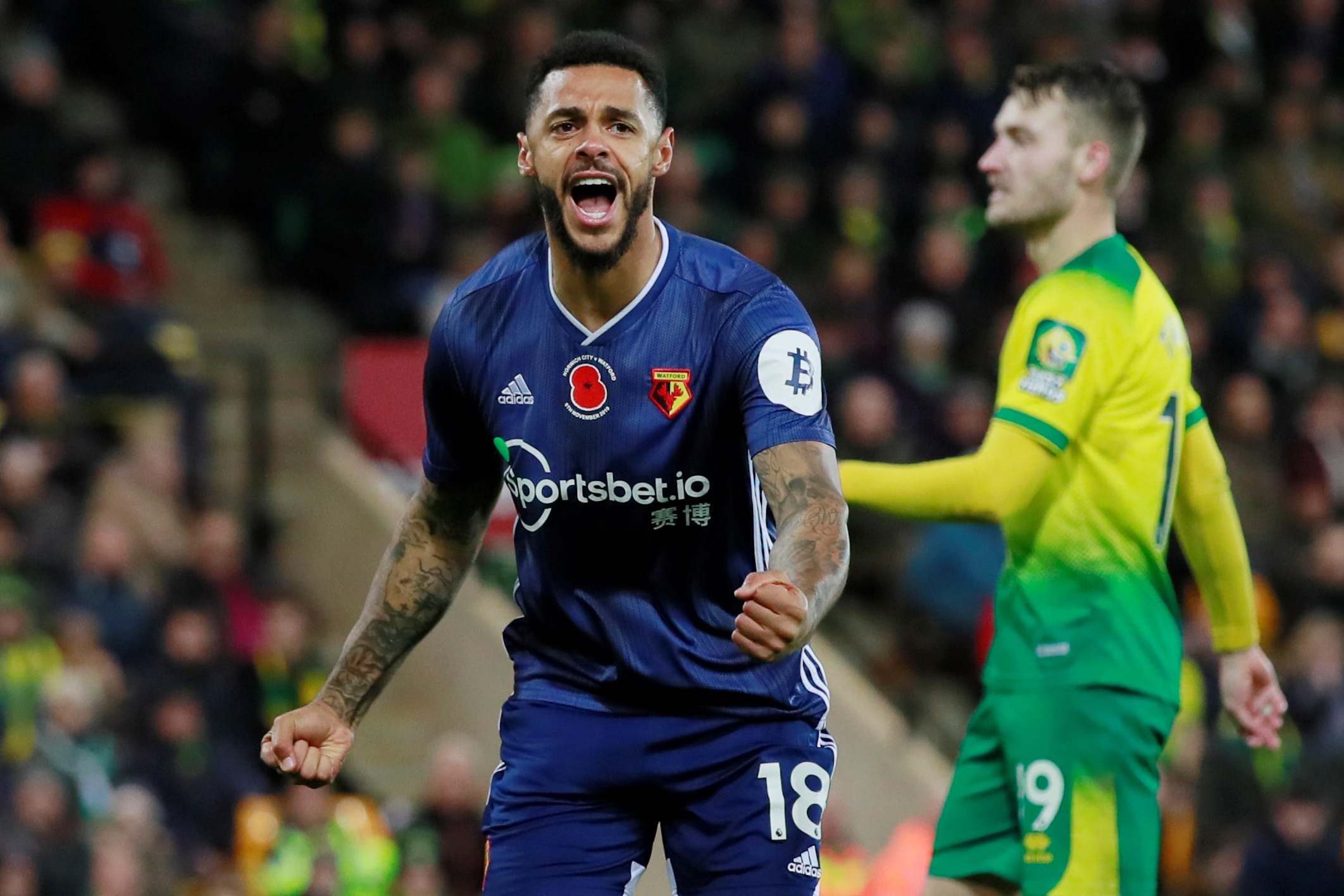 Goals from Gerard Deulofeu and Andre Gray helped Watford to a first Premier League win of the season as they beat Norwich 2-0 at Carrow Road.

The first win of Quique Sanchez Flores’ second spell in charge takes the Hornets off the bottom of the table, and ends a run of 15 straight games without a win in the league, stretching back to April of last season.

In a clash between the league’s bottom two sides, Watford got off to the perfect start as Deulofeu opened the scoring inside two minutes after Emiliano Buendia had gifted psossesion away inside his own half.

Norwich responded well, and perhaps deserved to go into the break level, but substitute Gray, who had replaced the injured Roberto Pereyra midway through the first half, doubled the advantage seven minutes after the restart.

Watford had Chrstian Kabasele sent off for a second yellow card on 65 minutes, but still Norwich barely troubled Ben Foster’s goal, and the Canaries now slip to 20th, having not won since they beat Man City in September.

Super Eagles Midfielder Expresses Delight To Have Been Invited By Rohr...