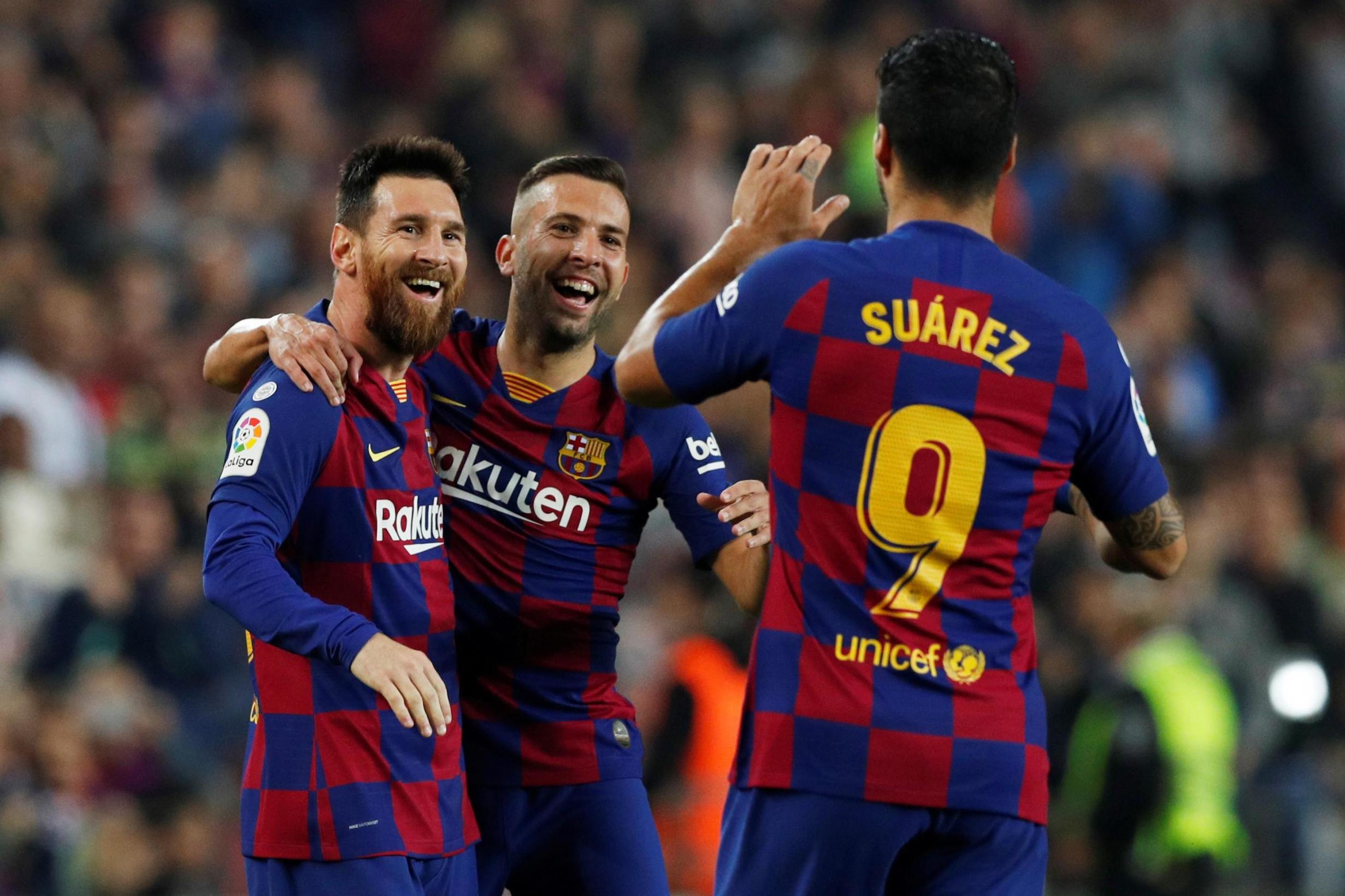 Barcelona hope to remain at the summit of La Liga when they host Celta Vigo on Saturday.

Real Madrid and Barca sit level on points after 11 games this season with Ernesto Valverde’s side currently top by virtue of their superior goal difference.

Zinedine Zidane’s side kick off a few hours earlier on Saturday evening – a potentially tricky clash away to Eibar.

Los Blancos could crank up the pressure on their arch-rivals ahead of this meeting at the Camp Nou.

Luis Suarez could make a quick return from a calf problem  but Jordi Alba is definitely out for Barcelona.

The Uruguay striker was injured in last Saturday’s 3-1 loss at Levante and was expected to be out for around three weeks, but coach Ernesto Valverde revealed on Tuesday that the injury was less serious than first thought and said he could be back at the weekend.

If the 32-year-old is deemed unfit to start, Valverde will choose between Ansu Fati and Ousmane Dembele in attack alongside Lionel Messi and Antoine Griezmann.

Alba was substituted at half-time in Tuesday’s 0-0 draw at home to Slavia Prague in the Champions League with a recurrence of a hamstring problem and the left-back will miss the game against Celta.

In his absence, right-back Nelson Semedo seems set to move over again, with Sergi Roberto on the right. Summer signing Junior Firpo is another alternative, although he was left out of the squad altogether for the Slavia game.

Arthur was also excluded from the list for the Champions League clash, but should return on Saturday and the Brazilian is set to replace Arturo Vidal in the starting XI at Camp Nou.

Sergio Busquets is expected to be fine after he went off feeling dizzy on Tuesday.

With Celta hovering three points off the foot of the Spanish top flight, Barcelona will be confident of ending the night still top.

Betfair odds correct as of 11am BST on November 8. Click here to place a bet.

There wasn’t much between these two last year – Barca picked up a 2-0 win in this fixture before Celta won by the same scoreline in May.​

Son sends message to Gomes after scoring twice in Tottenham’s 4-0...