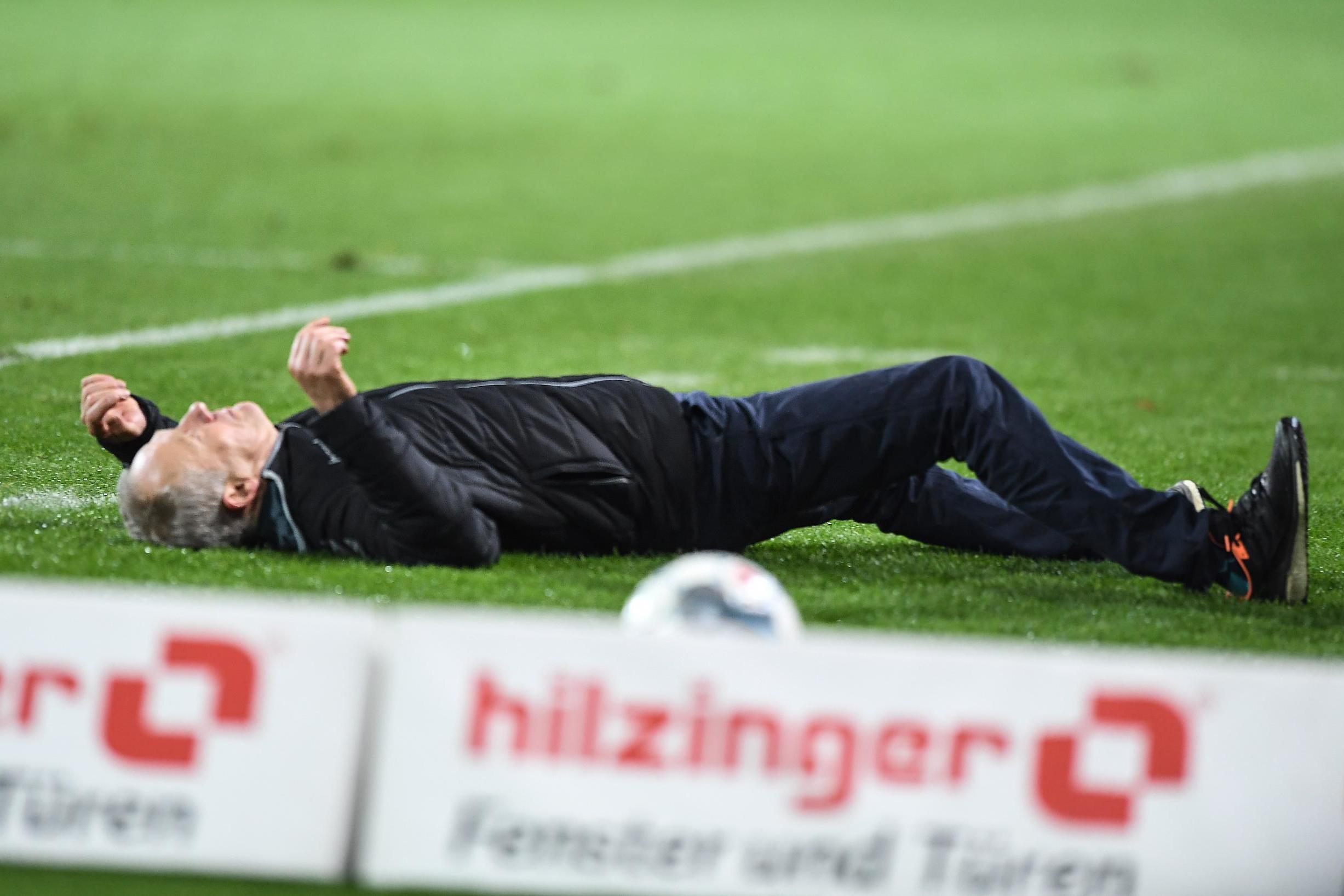 There were remarkable scenes in the Bundesliga on Sunday as Eintracht Frankfurt defender David Abraham was sent off for an awful challenge – on the opposition manager.

The incident happened deep into stoppage time during Frankfurt’s 1-0 defeat away at Freiburg, with the visitors already down to ten men after Gelson Fernandes had been sent off in first-half stoppage time.

Racing to fetch the ball to take a throw-in after Freiburg had cleared their lines, Abraham barged into 54-year-old Christian Streich, knocking him flying as he stood his ground inside his technical area.

The ‘tackle’ sparked a touchline fracas, with players and staff from both teams involved. After reviewing the incident with VAR, referee Felix Brych also sent off Freiburg’s Vincenczo Grifo, who had reacted from his position on the substitute’s bench.

Argentine defender Streich will almost certainly face further punishment for his moment of madness, while Freiburg’s win sends them into the Bundesliga’s top four.