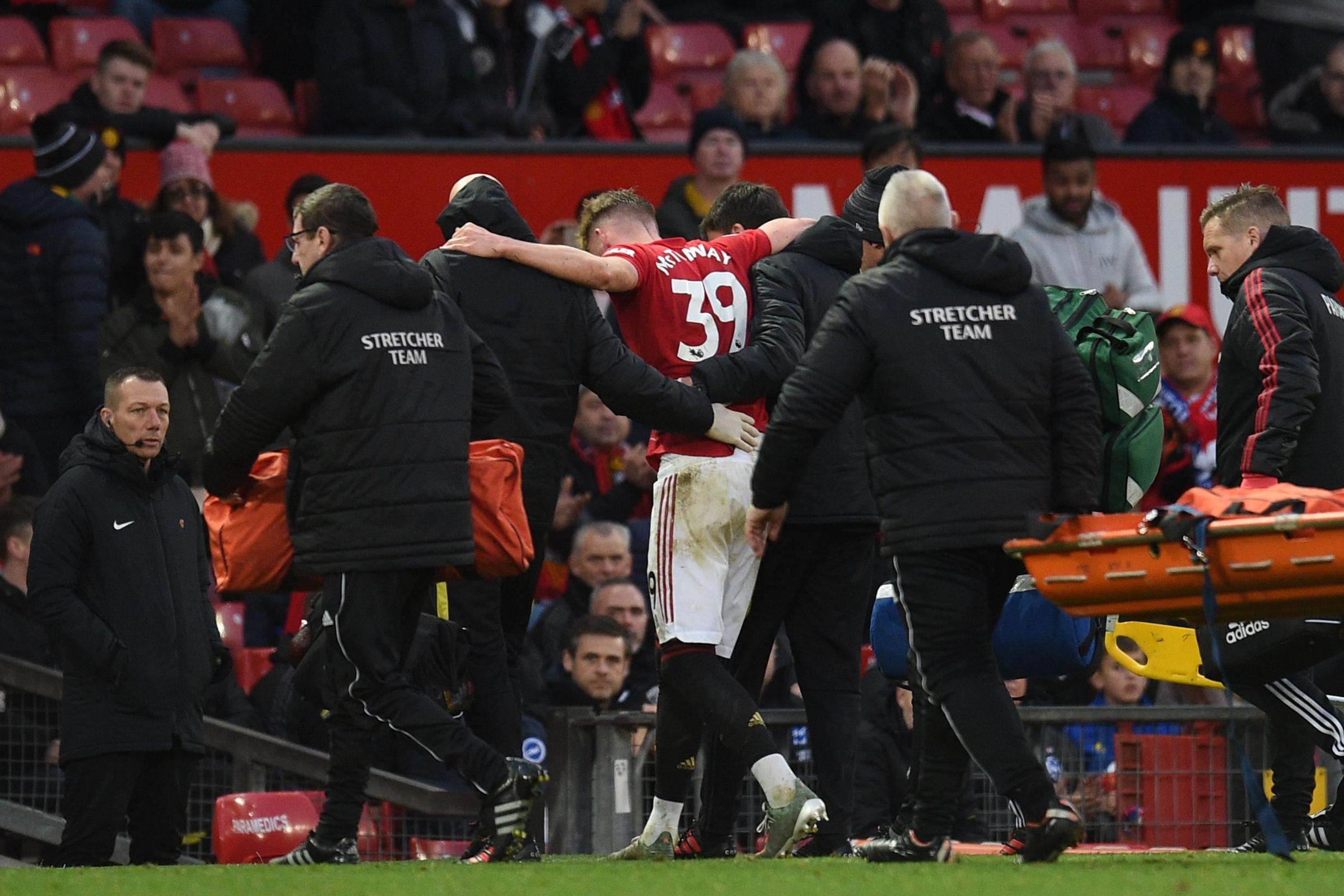 Scott McTominay will have a scan on his ankle after suffering an injury in Manchester United’s 3-1 win against Brighton .

The midfielder was in visible pain as he left the pitch late on, with Ole Gunnar Solskjaer admitting he could be out for two weeks.

It means McTominay could be back for United’s first game after the international break when they travel to high-flying Sheffield United.

Solskjaer said: “He went over on his ankle. It was a painful one. I had one and was out for eight weeks, he could be out for two. We will see.”

Victory moved United up to seventh, but Solskjaer was determined to focus on the performance, rather than the table.

“We should have scored many more goals,” he said. “It was an excellent performance from the lads, when you see them going forward it is a joy to watch.

“Anthony Martial did not get a goal but he was outstanding. Brandon Williams was excellent too, he has had some good games already and he seems he wants to be out there and enjoy himself.

“The table does not really matter at the moment: we need to keep improving and keep winning games and see where it takes us.”


Andreas Pareira put United ahead after 17 minutes with an own goal from Davy Propper doubling their lead.

Lewis Dunk pulled one back for Brighton in the 64th minute, but Marcus Rashford restored the home side’s advantage two minutes later.

Brighton manager Graham Potter said: “They deserved to win the game, if you make any mistake they can turn defence into attack so quickly.

“The players gave their best, but sometimes you have to accept you are playing against a better team. We had a decent period in the league and now we need to get ready for another tough match.

“They key moment for us was when we went 2-1 down despite not being much in the game, if we could have kept that score for longer it could have made a difference but United responded scoring the third goal so early in transition.”