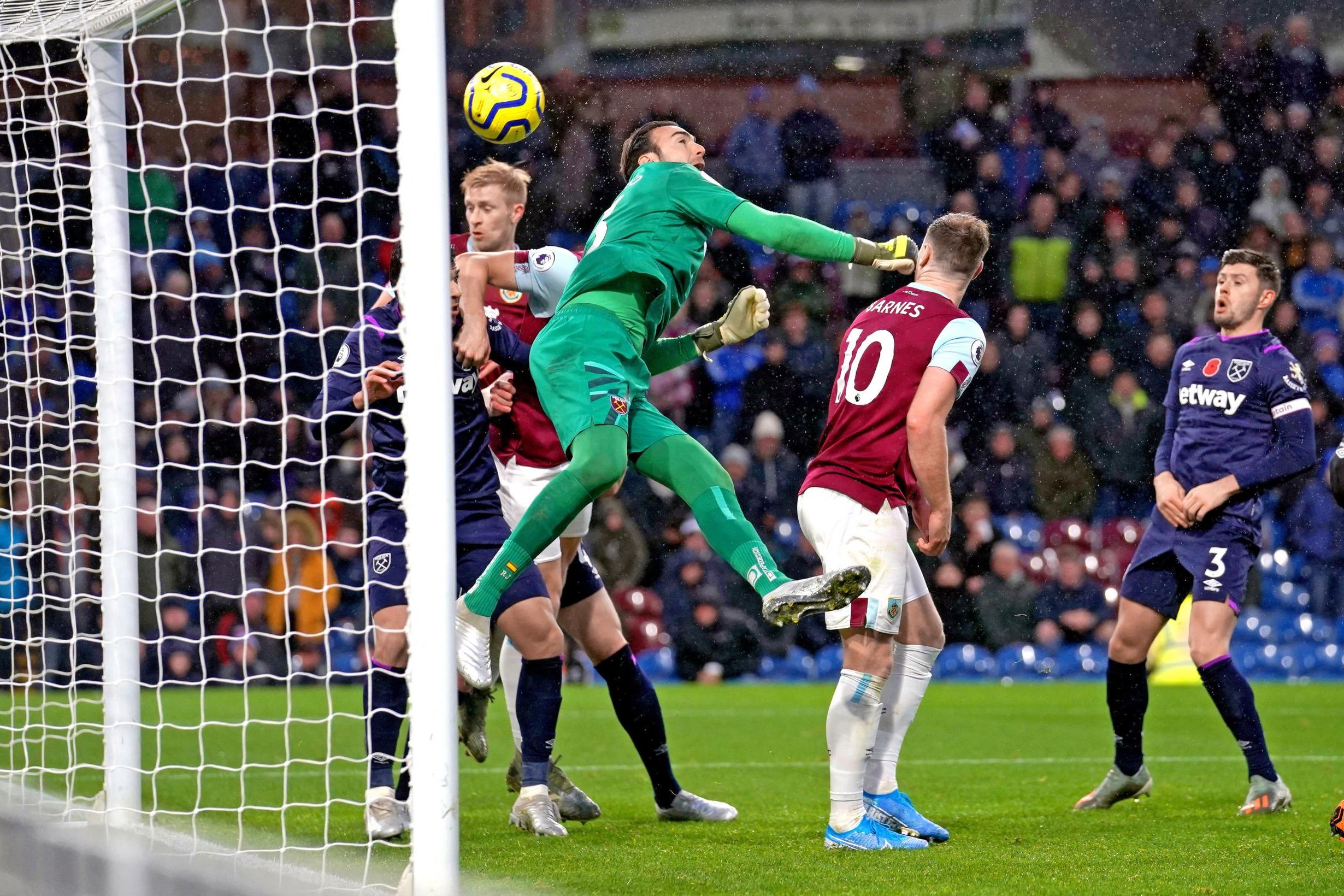 West Ham made a big commitment when they appointed Manuel Pellegrini on a £8million-a-year contract in May of last year.

The deal made him the best-paid manager in the club’s history and underlined the ambition of owners David Sullivan and David Gold to turn West Ham into top-six contenders.

Sullivan and Gold expected that investment would be rewarded, but 18 months into his three-year contract and Pellegrini quickly needs to find some answers to halt a worrying slide and justify his billing. The Chilean is under growing pressure after a run of two points from six games which has seen West Ham drop to 16th following a promising start to the season.

Pellegrini is not in immediate danger of being sacked, despite Saturday’s 3-0 defeat at Burnley. Sullivan and Gold have faith in him to turn things around, but there is concern inside the club about their recent slump and a run of games against Tottenham, Chelsea, Wolves and Arsenal after the international break could test that backing.

West Ham’s desire for stability is understandable, given their problems after moving to the London Stadium in 2016. Pellegrini initially brought calm after some chaotic years, but he is yet to show the board and supporters he is capable of stopping the recent rot.

It is only seven weeks since an impressive 2-0 win over Manchester United put West Ham fifth. At that point they were level on points with third-placed Leicester, a top-six finish seemed ­realistic and there was even talk of an Champions League place. But no wins from a run of games against Bournemouth, Crystal Palace, Everton, Sheffield United, ­Newcastle and Burnley have left the Hammers just five points above the relegation zone.

There are concerns about Pellegrini’s tactics, team selection and his faith in error-prone goalkeeper Roberto. West Ham were dreadful in their last two matches, against Newcastle and Burnley, and the worry is their displays are getting worse.

Some of Pellegrini’s decisions have been puzzling for a manager who won the title with Manchester City in 2014.

When West Ham were searching for a late winner at home against Sheffield United, he substituted Robert Snodgrass, his best player on the day, as he was ready to take a corner. He was criticised for picking 34-year-old Pablo Zabaleta at right-back against pacey Newcastle winger Allan Saint-Maximin. Angelo Ogbonna has been dropped, despite some solid displays, and Fabian Balbuena has looked vulnerable since being recalled.

West Ham have struggled defensively since the injury to keeper Lukasz Fabianski, who is out until the new year with the hip problem he suffered in September. Back-up Roberto has been a disaster and punched a corner into his own goal against Burnley. The Spaniard has made a string of mistakes and Pellegrini is facing calls to replace him with David Martin when Spurs visit in 12 days’ time.

Roberto is transmitting nervousness to the team, but that is not the only problem. Too many players have been under-performing, including Felipe Anderson and Manuel Lanzini. Captain Mark Noble has said this is the best squad West Ham have had in his 15 years in the first team and it is a worry that Pellegrini has been unable to get more out of them.

Pellegrini worked with the team in training last week on the intensity of their play, but Declan Rice admitted after a woeful display at Turf Moor that they were “bullied”. Rice continues to impress, but he is increasingly exposed in midfield and £45m summer signing Sebastien Haller has had little support up front.

Pellegrini has spent £180m since his arrival and this winless run has also led to questions about his transfers. Pellegrini was given full control over transfers and recommended the appointment of director of football Mario Husillos, one of his closest allies.

Jack Wilshere has made just six League starts since being given a three-year deal last summer, West Ham lack options in central midfield and Roberto and Pablo Fornals have struggled, along with Albian Ajeti.

The problems are mounting for Pellegrini, who is expected to be without Lanzini until next year after he fractured his collarbone at Burnley. Noble, meanwhile, twisted his ankle and will have scans this week to determine the extent of the problem.

Affectionately known as ‘This Charming Man’ during his time at City, Pellegrini rarely shows outward displays of emotion and his calm demeanour has not wavered, but West Ham need him to start showing value for money.

A win against arch-rivals Spurs would change the mood and the Hammers are still only four points off fifth place. The hope is Michail Antonio will be back from injury and his pace and power could provide a spark Pellegrini desperately needs.

Jose Mourinho to Tottenham will probably end in tears but Daniel...