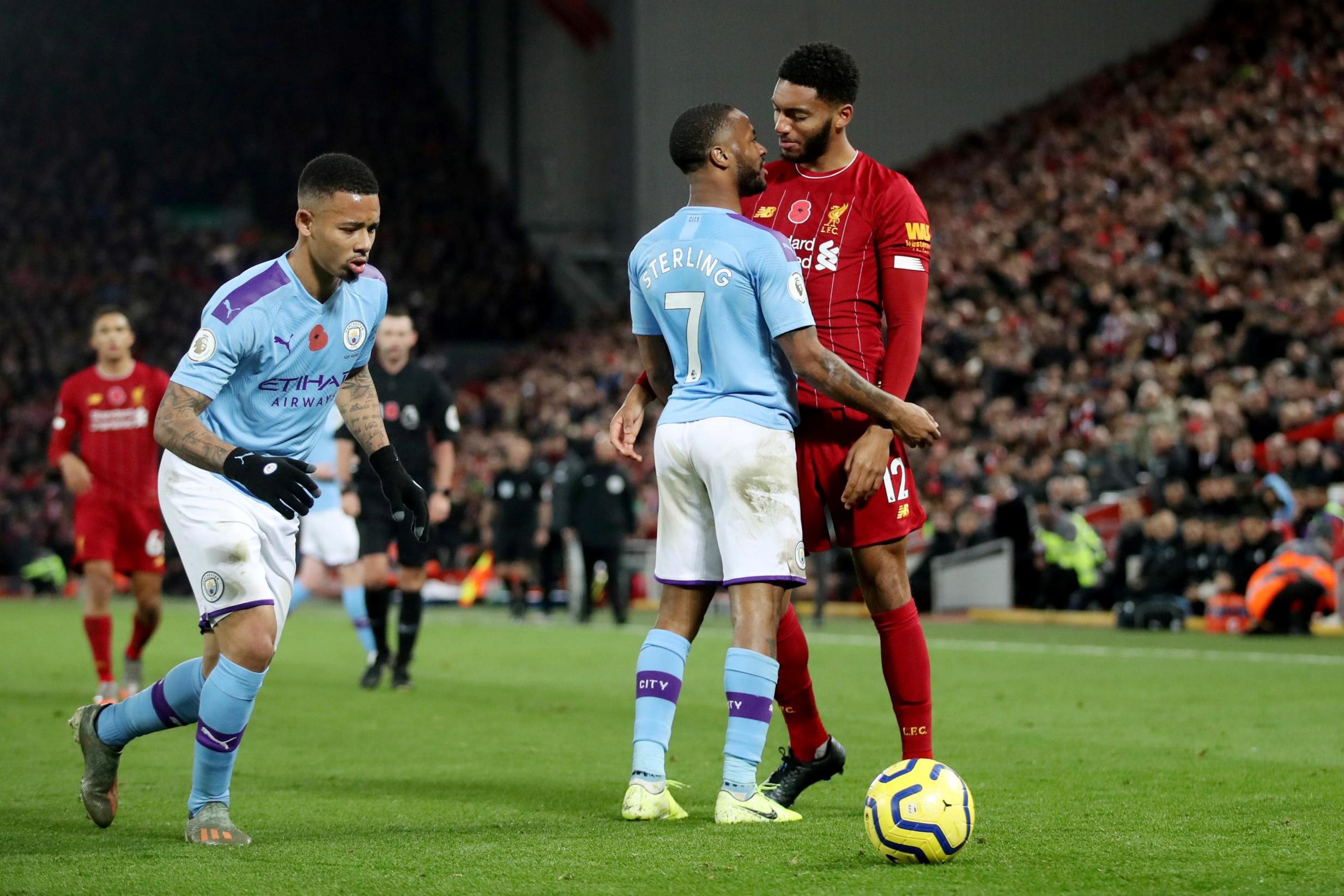 Raheem Sterling will not be considered for England’s Euro 2020 qualifier against Montenegro after a “disturbance” in a private team area at St George’s Park.

Gareth Southgate’s squad convened for training on Monday after emotions ran high in the wake of Manchester City’s loss to Liverpool on Sunday.

Liverpool emerged as 3-1 victors  against City at Anfield, where Sterling was involved in a clash with Joe Gomez towards the end of the match.

It is understood the pair were again involved in an exchange after meeting up for England duty on Monday, leading the Football Association to release a statement later that day.

It is unknown whether Gomez’s selection status will change for Thursday night’s match, but Sterling is expected to remain with the squad.

England boss Southgate said: “We have taken the decision to not consider Raheem for the match against Montenegro on Thursday.

“One of the great challenges and strengths for us is that we’ve been able to separate club rivalries from the national team.

“Unfortunately the emotions of yesterday’s game were still raw. My feeling is that the right thing for the team is the action we have taken.

“Now that the decision has been made with the agreement of the entire squad, it’s important that we support the players and focus on Thursday night.”

The FA said in statement: “The FA can confirm Raheem Sterling will not be considered for Thursday’s Euro 2020 qualifier against Montenegro as a result of a disturbance in a private team area at St. George’s Park today. He will remain with the squad.”


It is a remarkable situation and is sure to dominate the build-up to Thursday’s Euro 2020 qualifier against Montenegro, which not only offers the chance to seal progress but is England’s 1,000th international fixture.

Sterling has been in exceptional form for England, scoring eight goals and providing five assists during Euro 2020 qualification.

Gomez, who was introduced as an 87th-minute substitute on Sunday, won the last of his seven England senior caps in the Nations League third-place play-off against Switzerland in June.