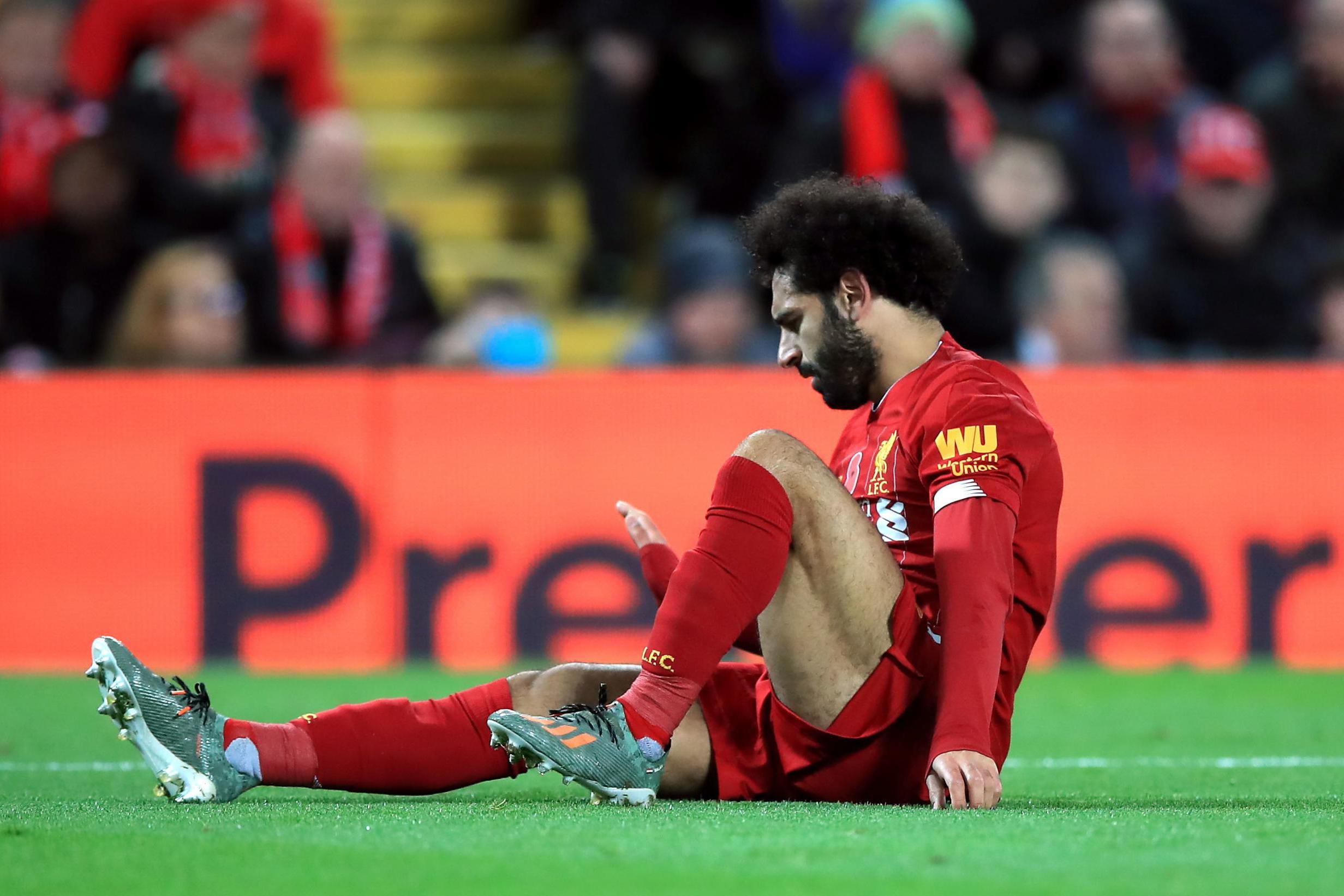 Liverpool face an anxious wait to learn the full extent of Mohamed Salah’s ankle injury after the forward elected to report for international duty before undergoing a scan.

Salah received treatment on the pitch during the second half of the Reds’ victory over Manchester City on Sunday after going down following a robust challenge from Fernandinho.

Despite subsequently managing to play on until the 87th minute before being substituted, he was later seen limping heavily while leaving the stadium.

Liverpool fear the 27-year-old has suffered a repeat of the injury that forced him off during their win over Leicester City prior to the last international break.

On that occasion, Salah went on to miss the Reds’ next fixture – a 1-1 draw with Manchester United at Old Trafford – despite a two-week recovery period

As such, club medical staff had hoped to convince the forward not to report for international duty this week so that they might further assess the damage.


However, Salah has elected to join up with Egypt, who are currently preparing for Afcon qualifiers against Comoros and Kenya, before undergoing a scan on the issue.

The Egyptian has endured strained relations with his country’s FA in recent years, with disputes over World Cup preparations and sponsorship deals having spilled over onto social media.

But Salah is thought to have been keen to report for duty this week out of respect for his national team colleagues, despite his seemingly slim hopes of playing in either game.

Liverpool, meanwhile, must now wait on scan results that will offer a clearer picture of whether their star man will be ready to face Crystal Palace on November 23.