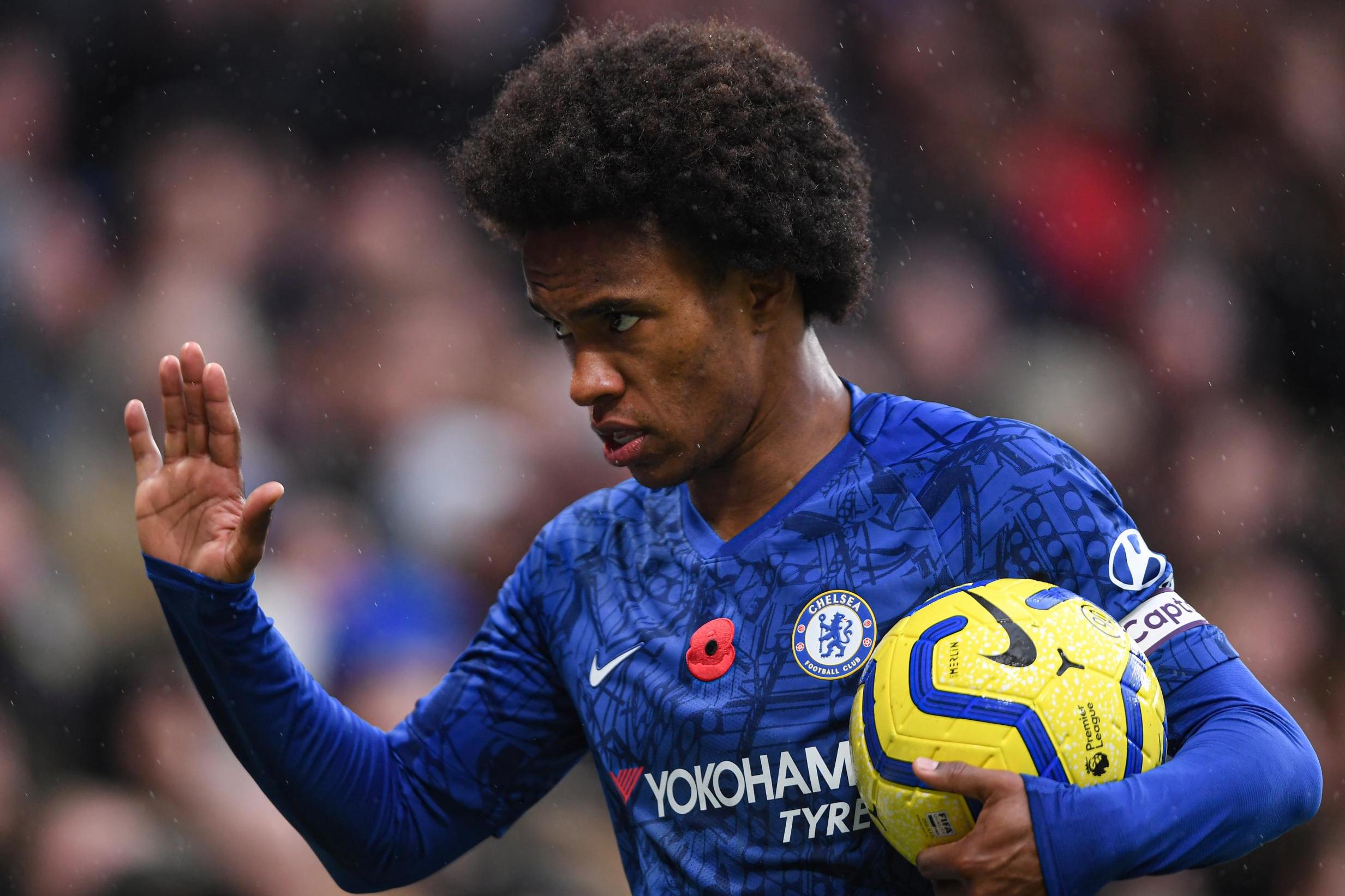 Willian is the “perfect candidate” to help guide Chelsea’s youngsters after being named captain by Frank Lampard against Crystal Palace, according to Garth Crooks.

Lampard’s starting XI had an average age of 24 years and 88 days – the youngest ever Premier League lineup for a Chelsea team.

That left 31-year-old Willian to lead by example, and the winger impressed with a fine assist for Tammy Abraham before Christian Pulisic wrapped up the points late on in a 2-0 victory.

Willian has been linked with a move away from Stamford Bridge in recent years, though former Tottenham striker Garth Crooks believes that Lampard was shrewd in giving the forward added responsibility to guide a young squad on Saturday.

“What a clever move by Frank Lampard to make Willian captain,” Crooks wrote for BBC Sport after picking the Chelsea veteran in his Premier League team of the week.

“The Brazilian is now an elder statesman at Stamford Bridge and the perfect candidate to bring the Chelsea youngsters through.”

Pulisic notched his fifth Premier League goal of the campaign with a late header, continuing his fine run of form after a difficult start to life at the Bridge.

Lively throughout, the US international got the goal his performance deserved late on – and Crooks was similarly impressed by the 21-year-old.

“Joel Ward should be given time off to get over the run-around Christian Pulisic gave him at Stamford Bridge in the London derby,” he wrote.

“Within the opening exchanges the American danced round the full-back only to be saved by Crystal Palace goalkeeper Vicente Guaita. Pulisic then stepped over the ball so emphatically Ward nearly had to pay to get back in the ground.

“Pulisic not only loves taking players on but scoring goals and he’s good at it. He’s not afraid to get in where it hurts either which is always a very good indicator.”