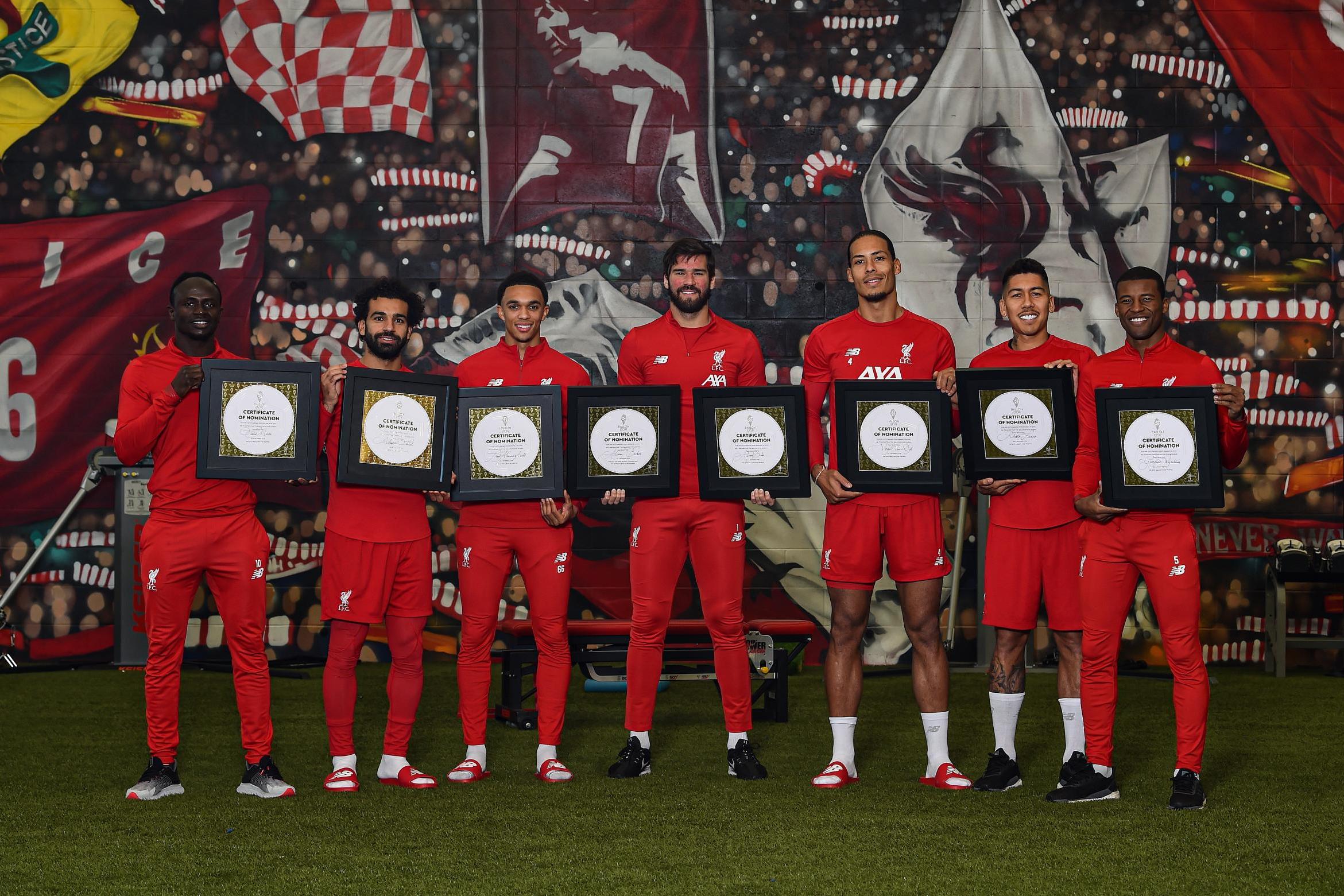 Liverpool are hoping for more success before a glittering 2019 is out with no fewer than seven players up for the Ballon d’Or award.

Following their Champions League triumph, Mohamed Salah, Virgil van Dijk, Sadio Mane, Roberto Firmino, Georginio Wijnaldum, Trent Alexander-Arnold and Alisson Becker are all on the 30-man shortlist for one of the most prestigious prizes in football.

Cristiano Ronaldo and Lionel Messi currently share the record for most Ballon d’Or wins with five, and are looking to take the lead outright after winning domestic league titles with Juventus and Barcelona respectively, while Ronaldo also led Portugal to victory in the Uefa Nations League.

However, Liverpool centre-back Van Vijk is among the Ballon d’Or favourites after edging out both Ronaldo and Messi to win Fifa’s The Best award earlier this year.

Van Dijk and his six team-mates’ nominations ensure that Liverpool are the best-represented club on the shortlist, with Premier League champions Manchester City having five players put forward.

Created by France Football magazine, the Ballon d’Or prize will be announced at an awards ceremony on Monday, December 2.

The nominees in full

You can follow the Ballon d’Or ceremony LIVE on December 2 with Standard Sport.