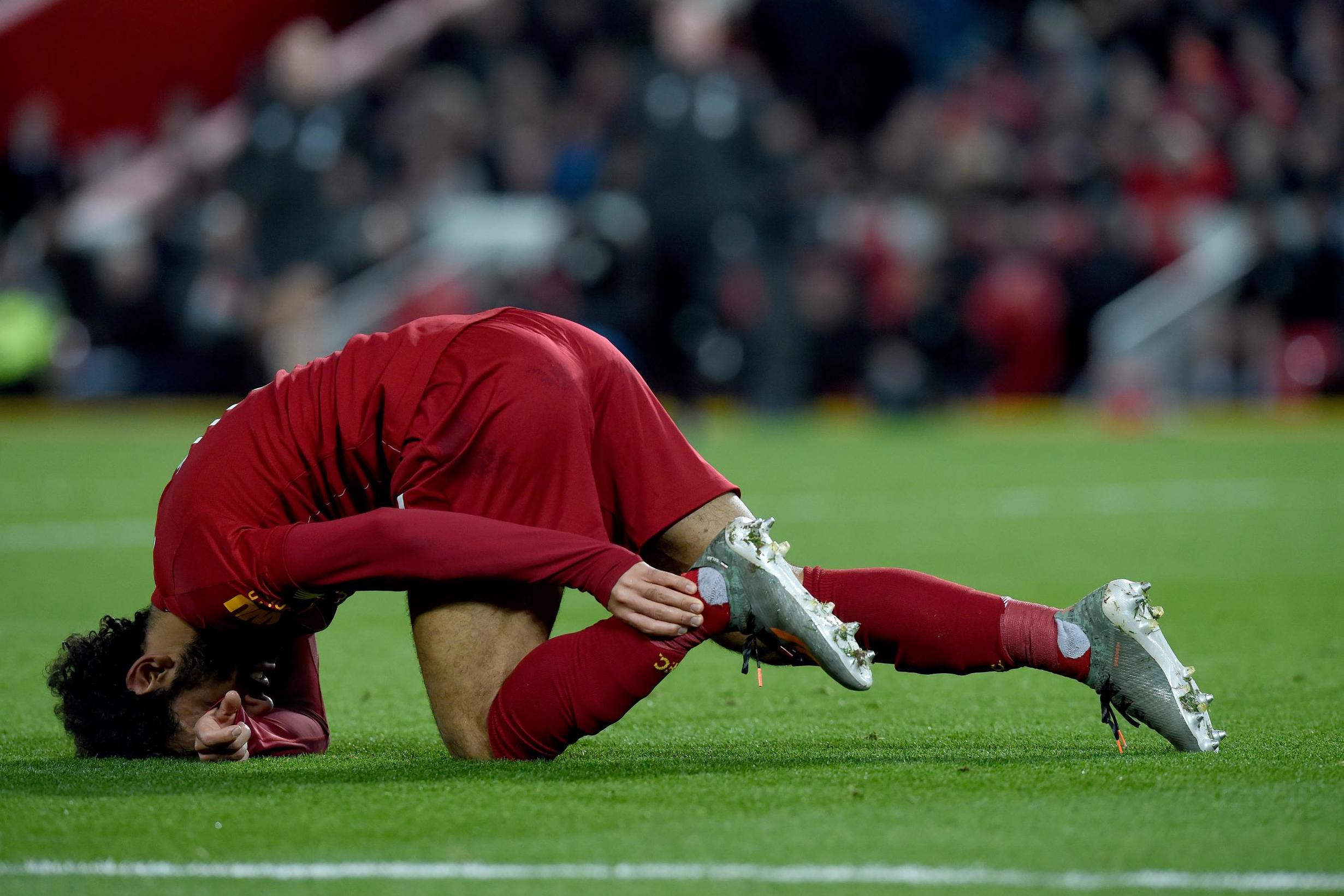 Liverpool forward Mohamed Salah has been forced to withdraw from the Egypt squad due to the ankle injury he has been carrying recently.

The Egyptian national team released a statement on Twitter on Tuesday afternoon which read: “Medical scans show that Salah won’t be fit for the Kenya and Comoros matches.”

Liverpool had faced an anxious wait to learn the full extent of the injury after after Salah elected to report for international duty before undergoing a scan.

Salah received treatment on the pitch during the second half of the Reds’ 3-1 victory over Manchester City on Sunday after going down following a robust challenge from Fernandinho.

Despite subsequently managing to play on until the 87th minute before being substituted, he was later seen limping heavily while leaving the stadium.

Liverpool fear the 27-year-old has suffered a repeat of the injury that forced him off during their win over Leicester City prior to the last international break.

On that occasion, Salah went on to miss the Reds’ next fixture – a 1-1 draw with Manchester United at Old Trafford – despite a two-week recovery period.

As such, club medical staff had hoped to convince the forward not to report for international duty this week so that they might further assess the damage.

However, Salah elected to join up with Egypt, who are currently preparing for Afcon qualifiers against Comoros and Kenya, before undergoing a scan on the issue.

Salah will now miss both those games, while Liverpool – who are eight points clear at the top of the Premier League after beating Man City – will hope the forward is back in time to face Crystal Palace on 23 November.