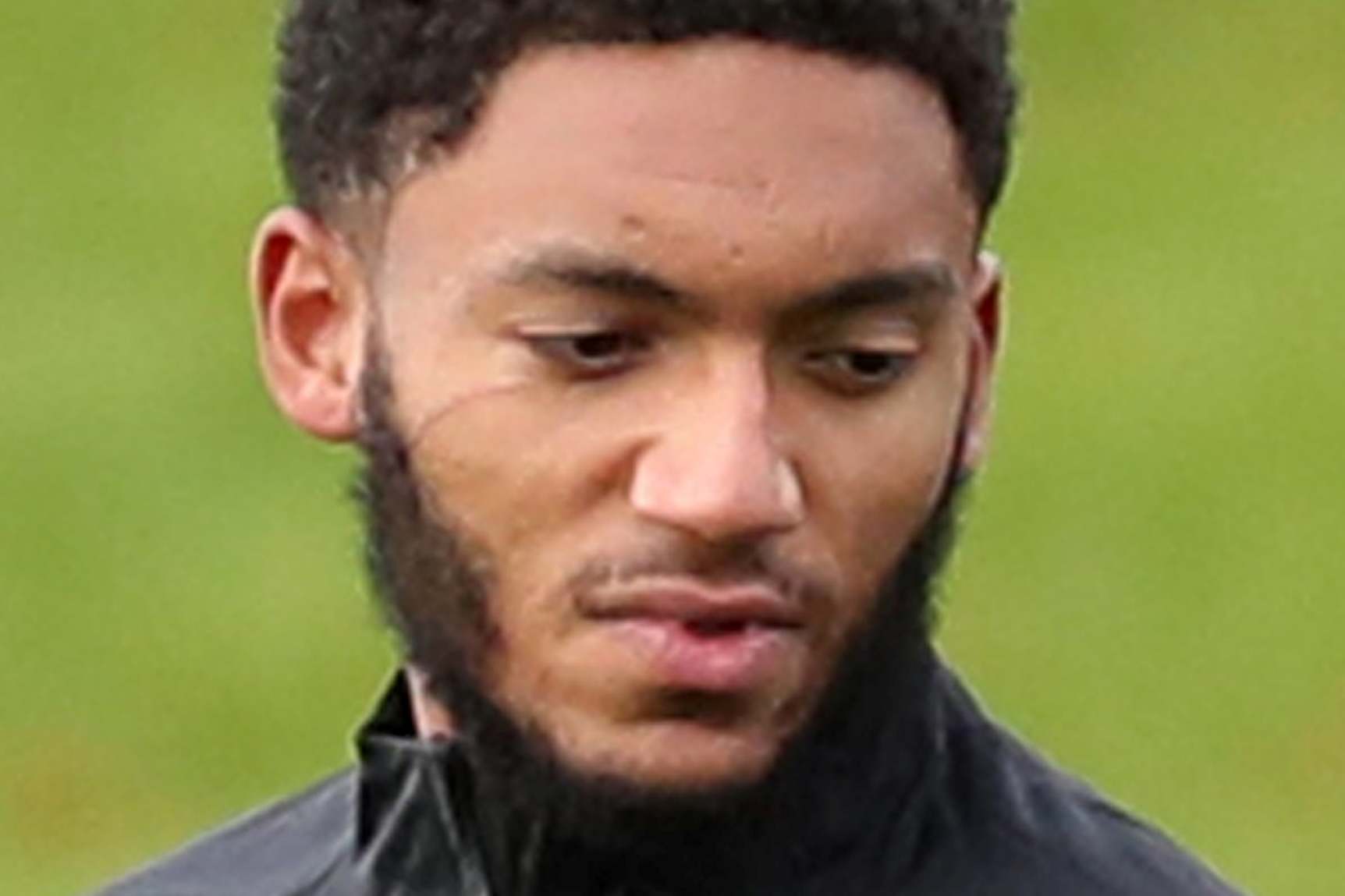 Joe Gomez was sporting a scratch on his face as he trained alongside England team-mate Raheem Sterling on Tuesday, hours after their bust-up in the canteen at St. George’s Park.

Manager Gareth Southgate, who will address the row in a press conference later on Tuesday, led his squad as normal at England’s Burton base as they prepared for Thursday’s Euro 2020 qualifier against Montenegro.

Standard Sport understands the minor scratch visible under Gomez’s right eye came about as a result of the incident with Sterling.

Sterling, who will not be considered for Thursday’s qualifier at Wembley following the altercation, has apologised for reigniting a row which first started during Liverpool’s 3-1 win over City at Anfield on Sunday afternoon.

It is believed Gomez offered a handshake to Sterling, who reacted angrily, with one report claiming the City star asked his Three Lions colleague if he was “still the big man”. Sterling then went to put his hand around Gomez’s neck and the pair had to be separated by other squad members.

Some of the squad believe the treatment of Sterling has been heavy-handed and that the fallout should have been kept in house.

That is the feeling of ex-Three Lions captain Rio Ferdinand, who has criticised Southgate’s handling of the situation

“I feel this incident could have been handled better,” he posted on Facebook. “Keep it behind closed doors & deal with it internally surely?!

“Now Raheem is left to defend himself from all of the haters that had had their keyboards turned off due to him becoming a very worthy ambassador for the English game, and rightly so.

“If this was a terrible incident then I would be all for public shaming & discipline. But for this ‘throat grab’ that we are TOLD it’s for I can’t understand it.