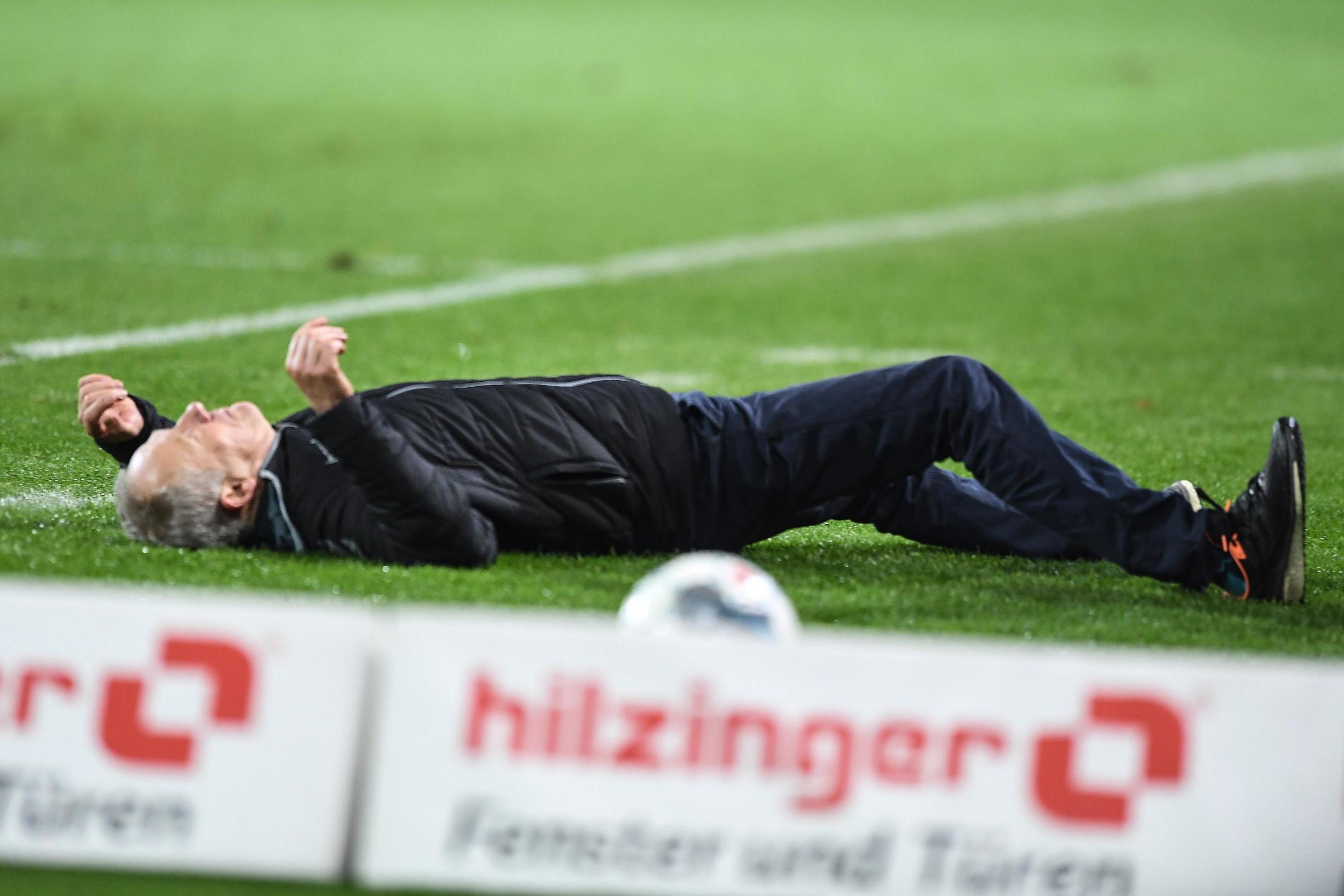 Eintracht Frankfurt captain David Abraham could face a lengthy ban after he was sent off for knocking over Freiburg boss Christian Streich.

In chaotic scenes in the Bundesliga on Sunday, Abraham ran into 54-year-old coach Streich off the field after the ball had gone out of play.

Freiburg were leading 1-0 in injury time and Abraham clattered Streich with his shoulder as he ran to retrieve the ball.

Streich said Abraham said sorry to him afterwards and the coach considered the issue to be over. Abraham, however, now faces a ban from the German authorities.

“Abraham is obviously an extremely emotional player, a young buffalo,” said Streich, whose side held on to win 1-0. “He blew a fuse. But let’s calm down. It was a hot game and we do not need to make a big thing out of it.”

The incident sparked a mass brawl between both teams. Frankfurt sporting director Fredi Bobic said: “There will be consequences for everyone involved.”